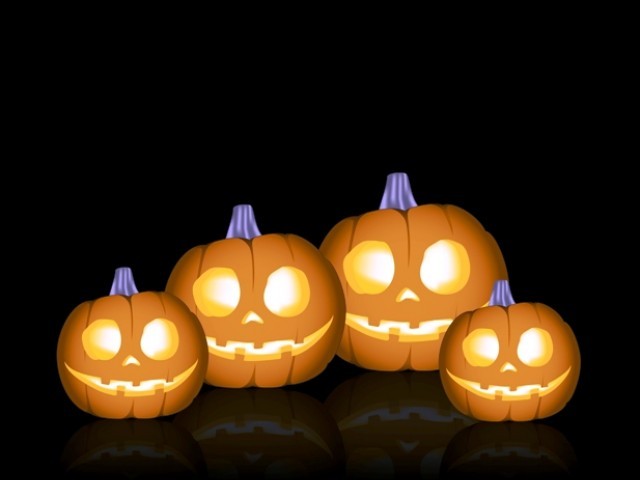 Often it’s not just the costume theme you choose for Halloween that determines the good, bad or ugly - what it comes down to is execution.

Halloween can be absolutely amazing when everyone gets into the festive mood and makes the effort to dress up. From mouth watering candy to delicious pumpkin pie, the treats, no doubt, are delicious, and the tricks can get pretty imaginative for those so inclined. I for one, prefer to scare and horrify (trick) rather than be bribed by sweets (unless pumpkin pie’s on offer) but hey, that’s just me.

However, what really gets people psyched about Halloween is the dressing up. Over the years some costumes have become established as Halloween classics (like pirates, Superman, Spiderman, Darth Vader, etc.) while others have become more imaginative and often way more elaborate. Yet, as you’ll find below, often it’s not just the costume theme you choose that determines the good, bad or ugly, it comes down to execution.

The following is a list of costumes and costume ideas that I have come across over the years. While some are fantastic, many are awful. Trick or Treat?

Obama’s got one of those faces that just stand out in a crowd, especially when he’s displaying his pearly whites from ear to ear. As if the Obama mask with his trademark smile (and ears) wasn’t enough, don’t forget to check out the Zombie version which strangely bears resemblance to Bill Crosby. It’s called the Zombama and it is pretty intense. Oh, and lets not forget the T-shirt versions for all the lazy people out there.

When someone says “Batman”, “Superman”, “Wonder Woman” and the like, fantastic images of awesomeness, cool gadgets and epic costumes come to mind at once.

Until, of course, you’ve seen the one odd immensely overweight person wearing a spandex Superman or Batman suit. The wonder swiftly turns in to horror and at that point all you can think of saying is:

“No no, please God no, don’t ruin Wonder Woman for me.”

Alas, it is too late. Once you have seen a hefty bum bulging out of a Wonder Woman costume, it’s all over.

For those of us that grew up with Sesame Street in our lives, it’s just weird to see a life size, angrier-than-usual looking Bert.

Now, we’re a pretty resilient people given the fact that our country has literally been running dhakka-start (push) uphill (or hurtling down into an abyss – whichever you prefer) for the better part of 60 years. However, suicide bombers and Osama bin Laden  costumes just ain’t right. Not cool.

Parents scarring their kids for life

Parents are often known, especially this side of the world, for dressing their kids up in what they consider to be “such a cute outfit.” Everything from dressing children up in identical fluorescent colours well into their teens to hideous hair cuts is a social norm in Pakistan and this is just on any ordinary day.

But come Halloween and some parents just let the creative juices spill all over the place. Maybe its their only chance for payback-in-advance for the upcoming teenage, rebellious years. In any case, baby Halloween costumes are a lot of fun. Did you see the lobster-in-a-bucket costume? Amazing!

This legendary series of galactic proportions needs no introduction. From menacing Lord Vader to the quirky robots C3PO and R2D2 and of course the gorgeous Princess Leia, characters from Star Wars have long been favourites as far as sharp Halloween dressers go. However, people don’t always get them right…they can go really really wrong.

I once saw a young man with a hefty amount of chest hair dressed as Princess Leia, the gold bikini and all. Suffice to say it was truly revolting.

I think the Simpsons are amazing, and clearly so does most of the TV-viewing world, considering they’ve been around for over 20 years (yes, if you disagree, your opinion is irrelevant).

Yet somehow, when a family tries to go as Marge, Homer, Bart and Lisa, it just doesn’t work. It s scary, yes, they have that down, but the more-than-jaundiced yellow doesn’t work so well on real people.

There have been a lot of great costumes centered around the theme of a booth. One such costume was the genius idea of a ‘Kissing Booth’ costume which featured a man in a cardboard box with one side cut-out to resemble a booth. The top of course read “Kisses for free.” Talk about being creative!

However, you haven’t seen creative till you hear this. Last Halloween, my friend decided to go as a Urinal. In retrospect, it wasn’t the best idea, as parties can be dark, and this particular costume in question could confuse a lot of people who urgently need to use the bathroom. Absurdity at its best, I tell you.

These have actually come a long way and don’t have to be the simple, lame “This T-shirt is my Costume” T-shirts any more. In fact, if you wear a boring one after looking at the many creative and funny ones out there, I’m sorry, I will have to give you zero points.

Extreme facial distortions, maiming wounds and bizarre, unique make-up go into this category. For the heck of it, guys dressed as French maids and scantily clad nurses also fall in this category for simply being disturbing.