#TherapistDiaries: What schizophrenia is – and isn’t 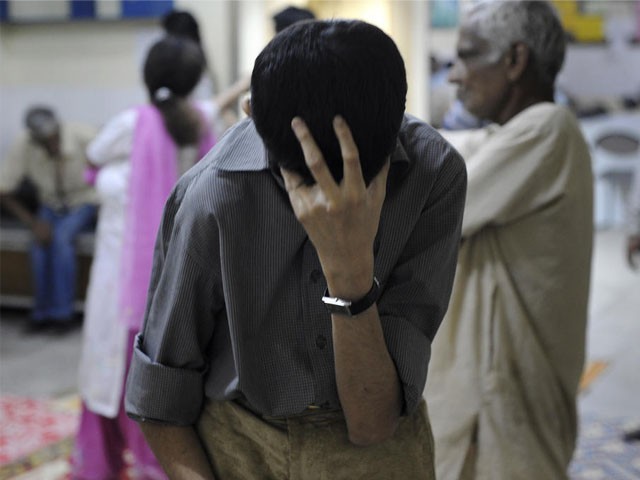 The alterations in their senses are due to chemical imbalances in the brain. PHOTO: AFP

If you start seeing, hearing and feeling things which nobody else can, you are either going to be tagged as having a ghostly experience or be labelled as a dangerous and ‘crazy’ person. And the problem with both of these titles is that they are incredibly dehumanising.

As a child, I would see people on the streets and in shrines with no sense of their surroundings. They would stare at you endlessly, talk gibberish, stay in extremely hard-to-maintain postures for long hours and scream at things you could not see. They fought with invisible beings and tried to shut down the voices in their heads by covering their ears. I was told that they have been possessed by some sort of a ghost or ‘saya’ (spirit).

When I entered my professional life, I realised that a majority of these people were psychologically challenged. However, the belief that they had been possessed was still around, and sadly enough, it was their own families’ belief. Years later, as I sat in my therapist’s chair, nothing had changed.

One of my colleagues interned at a psych ward where they had a much esteemed and professionally successful personality. My colleague was shook to the core, as a newbie in the field, when she saw this person eating their own faeces. This person was unable to sense reality to a point where they could not even correctly fulfill their physiological needs such as hunger and thirst. This person’s family believed that black magic and some evil spirits were making them engage in such acts. It took special intervention on the part of the in-charge to counsel the family on the actual cause. He also stressed on the need to keep them in the ward rather than shackled in chains at home, regularly beaten by a spiritual man with a broom.

In psychopathology, we categorise mental illness into two broad categories: psychosis and neurosis. The latter includes mental illnesses that are challenging but keeps the person’s sense of reality intact. Depression, anxiety and Post Traumatic Stress Disorder (PTSD) fall under this category. Psychosis, on the other hand, includes illnesses where a person’s sense of reality is lost, either in bouts and episodes or on a permanent basis. It includes schizophrenia, a disorder that impairs your thinking, perception and body.

There are no ghosts or evil spirits involved in schizophrenia and neither are people with this disorder on a spree to harm people. The alterations in their senses are due to chemical imbalances in the brain. These alterations are mostly genetic and triggered by stressors and circumstances. Moreover, these chemical imbalances cause cognitive deterioration and entangle them into creating beliefs that they cannot factually verify. John Nash in the movie ‘A Beautiful Mind’ believed that some top-notch secret authority was after him. After suffering for years, he had an insight that even though he had aged, the people that he sees in his hallucinations haven’t, and that is why it’s not rooted in reality.

I remember 18-year-old Ali* who was brought in an extremely poor condition to the psych ward I used to work in. He experienced hallucinations as a child and now liked to remain in isolation to the point of concern. Ali would scream for hours when the voices in his head would say the nastiest and scariest stuff to him, and when people tried to hush him, he would use all his strength to resist and fight them. The boy’s family paid no heed even though their local physician suspected schizophrenia and psycho-educated the family to see a therapist. They were explicitly warned by the physician that this disorder can only be managed with medication and, if necessary, therapy to maintain self-esteem and interpersonal relations. Despite all the warnings, the family said,

“We were astonished at the strength that he used to show during these phases. And we thought that it is definitely a ghost. How else could a child be so powerful?”

If they would have visited an expert, they would have been told that the human body, when stressed out, produces huge amounts of adrenaline, and strength is just a sympathetic nervous system’s response. There is no ghost but simple biology at work here.

Ali could not continue his schooling beyond the third grade but continued to suffer by these voices, hallucinations and the label of a social outcast for almost a decade. His cognition, language and speech worsened. He was put on medication but the trauma he endured for a decade could not be undone by medication.

The easiest way to evaluate the functioning of your mental health is to look at four areas in your life. Do you feel that you perform you day-to-day activities efficiently? Is your academic or professional life stable and consistent? Are you socially apt and think there is a normal balance between the time you need alone and the time you wish to socialise in? And lastly, are you stressed about a particular mental state that you experience?

Schizophrenia takes all the aforementioned things away from you. It gives you great personal distress and disables you from maintaining your hygiene or carrying out simple everyday tasks. It gives you an unstable academic/professional and personal life and makes socialising exceptionally difficult for you. Knowing this, is it fair to isolate people with schizophrenia and call them possessed? Or rather, is it humane?