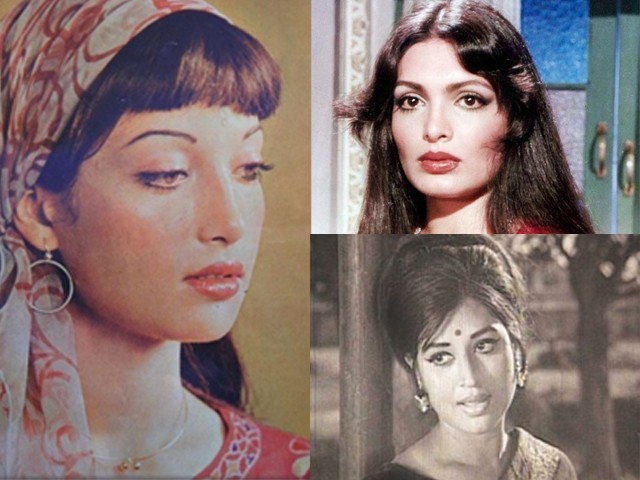 These women redefined the cinematic footprint marking the future of Pakistani cinema in decades to come.

The 70s was a golden era for the silver screen in Pakistan – the wave of retro glamour queens. These women redefined the cinematic footprint marking the future of Pakistani cinema in decades to come.

By the 1950s, the young urban rebels of Pakistan had begun to veer away from the staunch rightist saint culture of the 50s to the leftist hippie culture of the 60s. Growing up as a 70s child was fascinating. Music became significantly prominent alongside populist political movements, as rallies become a cultural under-belly of fanfare, glamour and style. The cinema of that era, now known as Lollywood, was a haven for the modern youth. Television in the 70s was dominated by the flamboyant Zia Mohyeddin on PTV dressed in flowery Led Zeppelin-like attires.

The real magic of the swinging 70s, however, was the glamorous rule of the iconic queens of the silver screen. These ladies belong to the era when Pakistani cinema was exceptionally renowned and considered better than Bollywood. Looking at these female stars on the silver screen, I was extremely inspired and all I knew was that I wanted to grow up and meet them.

One of these actresses was Perveen Rizvi from Karachi, better known as Sangeeta, discovered as a child star in 1969. Her directorial debut was in 1976 with Society Girl. With hits such as Waaris, Waardaat, Kohinoor, Raja Rani and Naag Muni, she spanned 40 years in the industry and was a six-time recipient of the Nigar Award. Her sister, Nasreen Rizvi, more commonly known as Kaveeta, was  also a famous actress of the 70s. Kaveeta, too, ignited the screens with over 70 films including hits such as Yeh Kaisa Ishq, Thori Si Bewafayee, Aaj aur Abhee and Ishq Ishq. Both sisters had a huge following during the 70s and 80s. 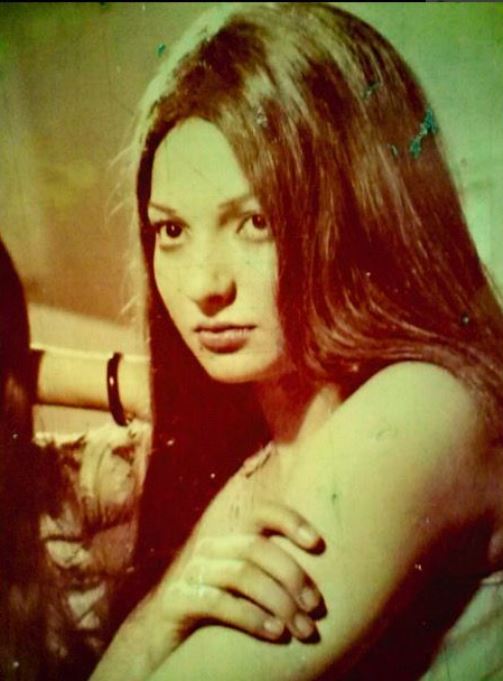 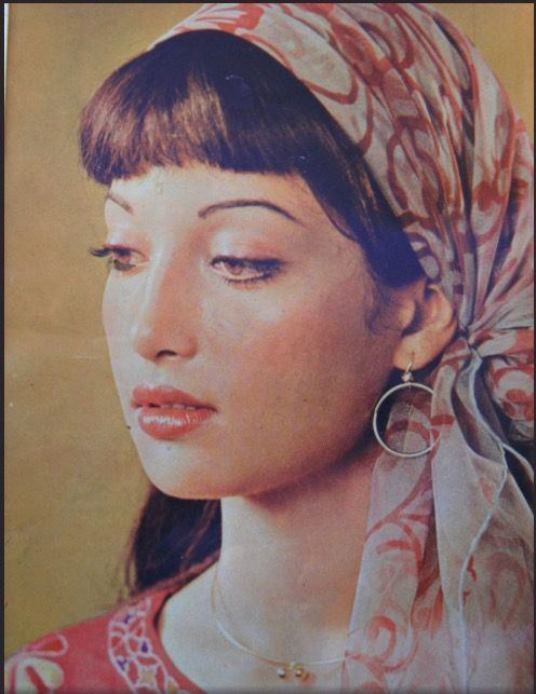 Another legendary actress of the 70s and 80s was Shabnam, the trail-blazer of the decade. Born in Dhaka, she settled in Karachi in 1968, after the enormous success of her film Chanda in both East and West Pakistan. Shabnam worked with all the leading actors of the time and her film with co-star Nadeem Baig attained the most success. Her hits include Ladla, Talaash , Bandish and Aina, which went on to become the longest running Pakistani film in the 60s and 70s. In her illustrious career of over three decades with over 180 films, she was the undisputed winner of the Nigar Award (13 times) and three times winner of the Pakistan National Award. With countless hits, Shabnam was the ‘Queen of Romance’ and the most successful silver screen actress of Pakistan till the late 80s. 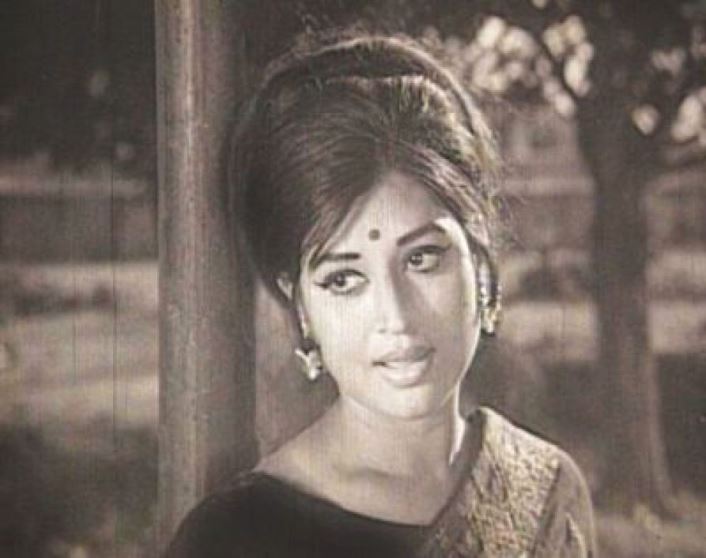 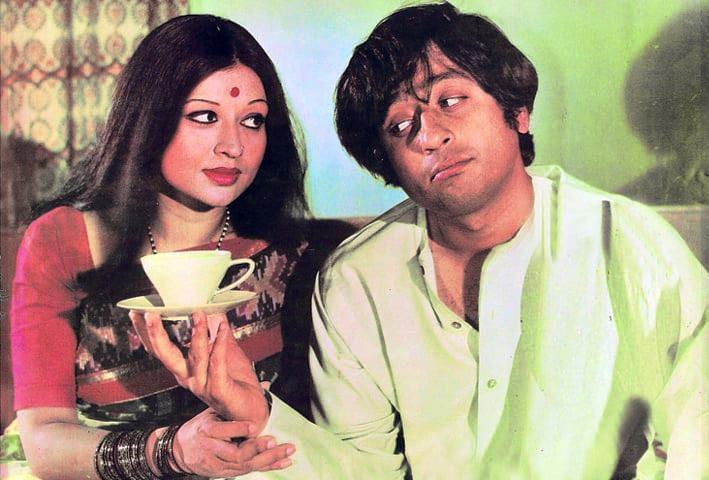 Another famous icon of the late 70s was Bindiya. Well-known for her abilities as an English newscaster on PTV, she first excelled on TV and later sought fame in theater and films. Known as Parveen Babi, she continued a successful career till the early 90s, with blockbuster films such as Yadon Ki Baraat, Nazrana and her super hit film Bara Aadmi with Mohammad Ali.  She moved to the United States in 1991 and later returned to work in the famous TV series Taakey Ki Aye Gi Baraat. 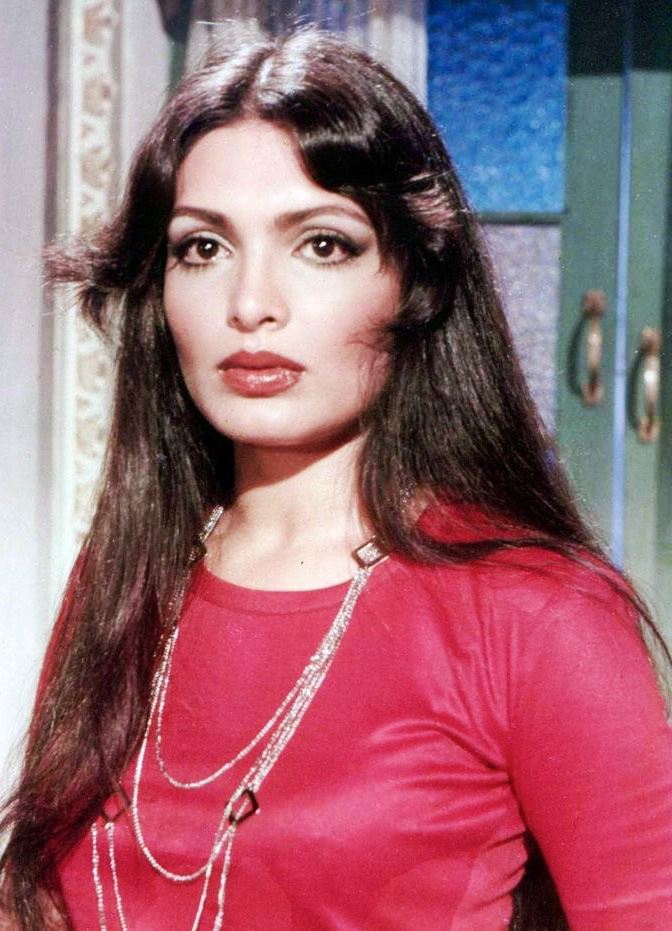 The Pakistani silver screen is also remembered for introducing the most famous on-screen couple in our cinema history. Married to famous actor Mohammad Ali, film-screen beauty Shaheen Bano became famous as the iconic Zeba Begum. Together, the couple shared the screen on super hit films such as Insan Aur Aadmi, Insaf Aur Qanoon and Tum Miley Pyar Mila. Spanning a hugely successful career (1966-1989) and three times winner of the Nigar Award, Zeba was also the recipient of the Millennium Award in 1999. One of the most graceful screen actresses of Pakistani cinema, she made her last film appearance in 1989. 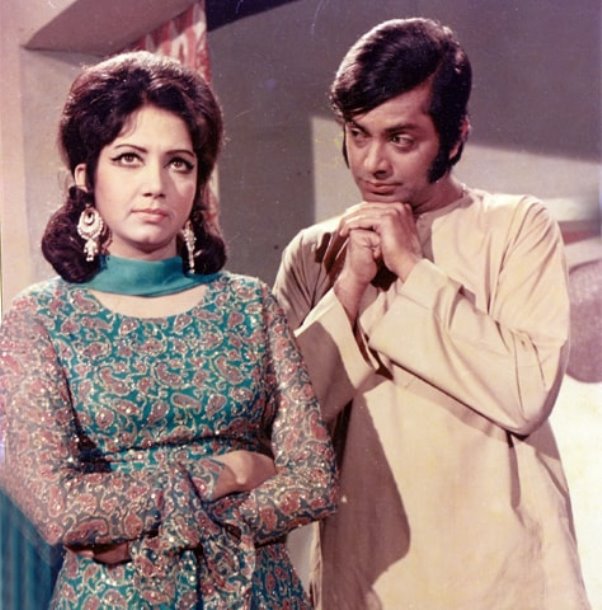 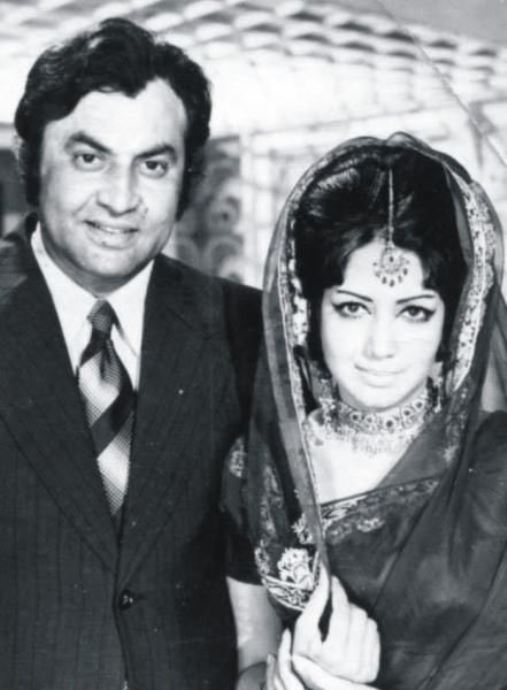 Deeba, the mother of the famous actor Shaan, was another leading film actress of the 70s with features in both Urdu and Punjabi films. With huge hits, namely Sajna Door Diya, Ansoo , Ek Raat, Laila Majnu and Jageer, she attained major success and packed houses in all famous cinemas of Karachi. Deeba had her biggest career hit in 1981 with Qurbani. 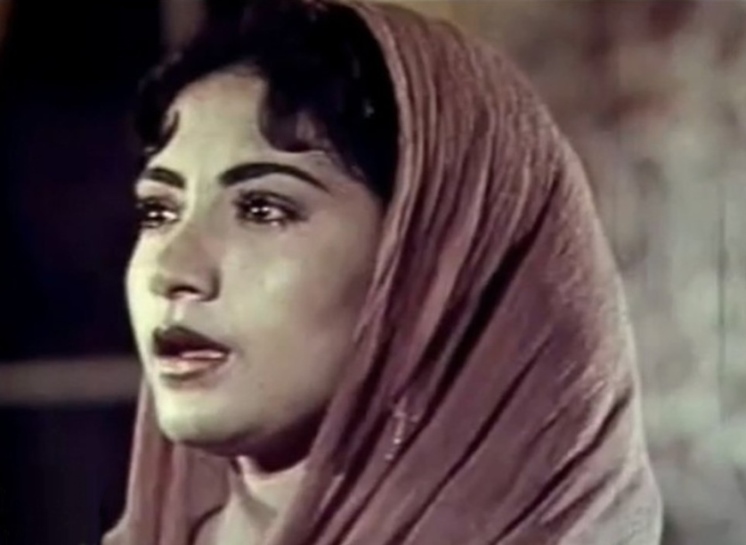 Raani, or Nasira Sarfraz, was one of the most beautiful actresses ever to grace the silver screen. Her dream to become a playback singer took her beyond that realm, into a sensational actress. Her first leading role was with screen icon Waheed Murad in Saaz Aur Awaaz. In the late 1970s, she married the famous Pakistani cricketer Sarfaraz Nawaz, and tragically passed away after being diagnosed with cancer in the late 80s. Winner of the Nigar Award for best actress in 1968, and then again in 1983, she will be remembered as a glamorous actress of the 70s. 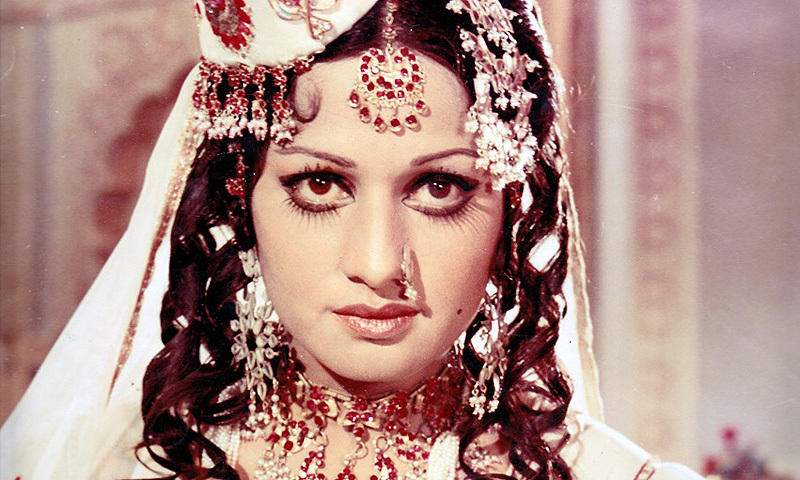 Out of the divas of the 70s and 80s, one such icon was Babra Sharif. Versatile and glamorous as she was, Babra captured the hearts of millions. Starting as a model in TV commercials, she ventured on to the big screen in the early 70s with her debut performance in Intezar. Her hit films included Mera Naam Hai Muhabbat, Kundan, Miss Columbo, Bhool, Shabana, Mukhra, Sangdil, Salakhain and Miss Bangkok, all of them earning the Nigar Award. She also worked in the first Sci-Fi film made in Pakistan. Babra worked with all male leads, including Mohammad Ali, Waheed Murad, Nadeem, Ghulam Mohiuddin and Shahid Hameed, whom she married in 1978. She was an intelligent, gorgeous and lively actress and was awarded the Lux Beauty Icon Award in 2003, representing the glamorous world of Lux on their 50 years celebration. 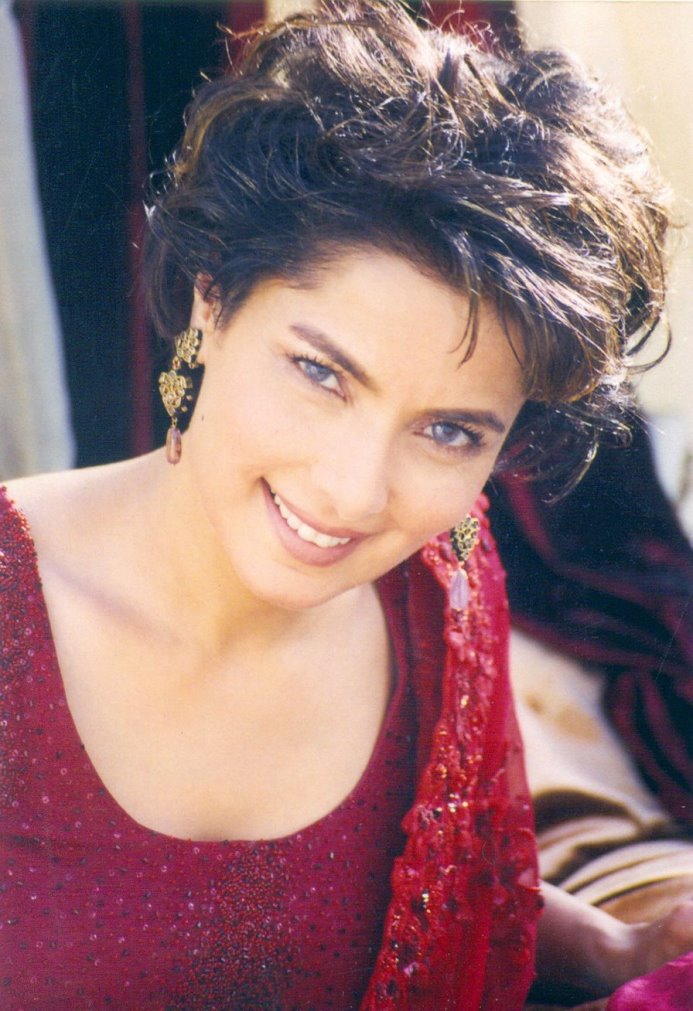 Women have dominated the cultural and entertainment genre in Pakistan and continue to dominate the cinemas. With many new talents now at the forefront, we are yet again reminded of the great queens of the 70s cinema, who started it all.