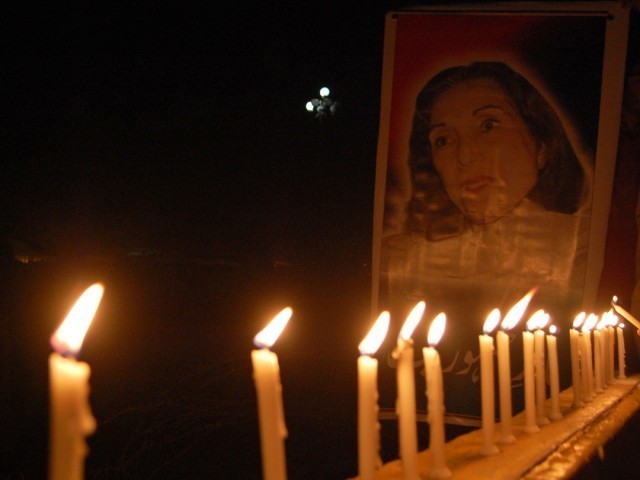 If anyone deserved a national holiday, it would be the former first lady PHOTO: EXPRESS

It seems declaring a public holiday is one chore the government does best. Any opportunity or the slightest of pretext is grabbed by both hands – and feet – that have now become so lethargic that a two-day weekend is effectively achieved.

Political parties find it almost routine to declare a public holiday when they please and shutter-down strikes seem to be observed every other day. Let alone the loss businesses or labour suffers, it casts a doubt on the country’s ability to be productive and sends out a wrong message to impressionable youth who believe it’s alright to slack off every now and then.

As toddlers, this kind of behaviour might be acceptable or even cute. But it’s really not once your livelihood depends on it. The government cannot get rid of poverty, and it would just be wishful thinking if they claimed so. But at least it can let people try to get rid of it themselves through economic activity.

Monday was another public holiday. Not to sound insensitive to Nusrat Bhutto’s death, but while one was finalising plans for the day, the government said: “Sit back and relax.”

However, I do understand the government’s point of view. She was an iconic public figure. Her family’s sacrifices to Pakistan’s cause were innumerable and her role was instrumental.

Her support to Zulfikar Ali Bhutto and her stance against military dictatorship set the tone for what was to follow during subsequent years. If anyone deserved a national holiday, it would be the former first lady.

But what about all the other occasions when holidays are declared, ranging from the death of a party worker, power outages and pre-election rigging to the deteriorating law-and-order situation and views of some nationalist forces.

There seems to be a pathological need for some people to let others know the extent of their influence in Pakistan and the country’s dependence on them. Maybe that is the reason behind so many public holidays.

While the youth may not be as concerned with Nusrat Bhutto’s death as they were with Apple founder Steve Jobs, Monday’s would be one holiday I will not be a cynic about.