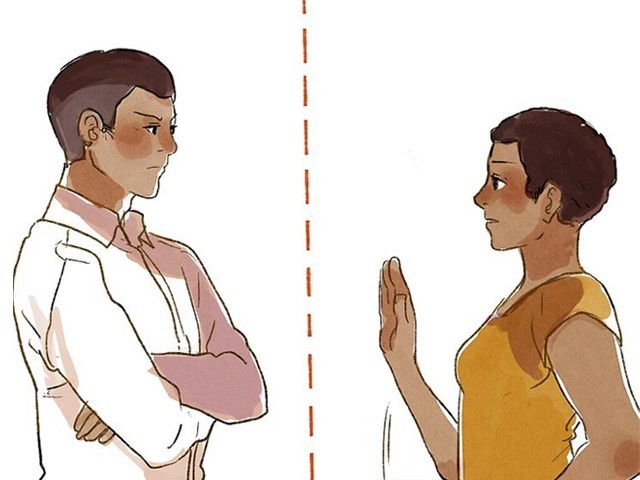 There is a fine line between embracing your role as a partner in a relationship and being overly possessive. PHOTO: WIKI

She was the prettiest one in her big family. The most eligible bachelors of the family had animosity between them because of her. Each of them felt possessive towards her and did not like other contenders approaching her. The two strongest candidates among them even ended up in a physical brawl due to their jealousy.

Sounds familiar? This was a story on National Geographic about a certain species of monkeys. Humans aren’t much different, are they?

Recently, I was watching the Indian drama film, Kabir Singh, and noticed that a huge number of people praised it for its portrayal of affection. However, what the movie actually shows is toxic possessiveness at its finest. Kabir was publicly shown marking the girl as his property and acting like he had certain ownership over her. Without her consent, he would take her out of her classes to spend time with him and announce that she belonged to him in front of the entire school.

There is a fine line between embracing your role as a partner in a relationship and being overly possessive. Toxic possessiveness is all about control, which is pushed under the rug of ‘love’. Keeping an eye on your partner’s relationships with other people, their phone and social media, the clothes they’re wear and the places they visit, is extremely unhealthy behaviour. If you find yourself lying to your partner about certain details of your life and have friends who are engaging in the same act to corroborate your lie, you are entangled in toxic possessiveness.

The following example of Zahid* and Hania* can best elaborate the nature of this form of possessiveness.

Zahid was engaged to his first cousin, Hania, who also happened to be one of his good friends since childhood. However, soon after the engagement, Zahid’s male friends started pointing certain aspects of Hania’s life, warning Zahid to be mindful about them. As a result, he was soon unable to stand her studying with her friends group since it included men. He also could not bear her going for a Master’s degree in a co-ed environment and forced the entire family to make her opt for an all-girls university with poor ranking. Everybody in the family viewed this behaviour as a form of deep affection, even though Hania was vocally uncomfortable with the entire situation.

Checking her phone and minimising her contact with even her female friends, Zahid got so suffocating that he brought Hania to the point of a suicide attempt. Even after this terrifying event, the family was oblivious to the issue at hand and could not understand why she would try to harm herself. Instead, they thought she had lost her mind as she had also asked to end the engagement, and brought her for therapy.

Toxic possessiveness is not just present in relationships between two partners; it can be seen in mother-son relationships as well. Quite often, the mother can’t tolerate the presence of another woman in her son’s life which usually results in unnecessary feuds between them and their daughter-in laws.

For instance, I came across a couple where the wife used to be regularly beaten by her husband, upon the encouragement of his mother, for issues as insignificant as not cooking according to the plan and schedule. It worsened to a point where he was asked to divorce her, only because she did not take her mother-in-law to her child’s parent-teacher meeting in school. The wife was so incredibly heart-broken that she separated along with her child. The husband made attempts to reconcile but her skepticism took reign and she refused to budge as she did not trust him.

Upon the demise of his mother, the husband realised that his actions were driven by the wish to please his mother.

Despite his regret, the wife did not go back to him, for she believed that ‘such men live for their mothers and now he may as well die with her for all I care’.

Toxic possessiveness stems from a culture where boundaries are not respected and making decisions on the behalf of an adult is the norm. Love should not entail control, no matter what relation you share with that person. People who engage in toxic possessiveness often give the argument of their partner being too naive or the world being a bad place. However, they don’t see how this undermines the agency and independence of their partner. Showing them the way and letting them be self-confident is the right way to go about it.

The purpose of love is to sustain a relationship on equal terms; to be mutually able to decide where your life would go. Though feelings of jealousy are pretty normal, they shouldn’t be expressed in toxic ways. Please don’t lose your mind to irrational thoughts, ruin your partner’s life and then call it love.