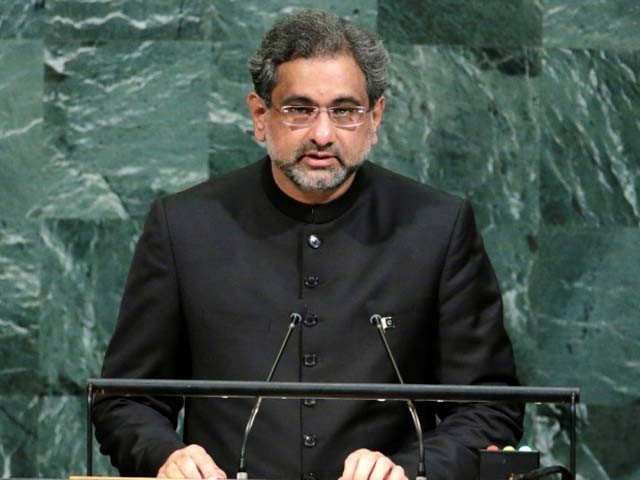 One could argue that Shahid Khaqan Abbasi’s arrest has always been on the cards. He has been very vocal against the Pakistan Tehreek-e-Insaf (PTI) regime, has said he was not afraid of being arrested, and he also never filed a petition for protective bail against his arrest.

But before discussing Abbasi’s current predicament, it is important to understand the charges levied against him. The National Accountability Bureau’s (NAB) Karachi office, while investigating the case against Abbasi in 2017, observed that there were irregularities in the awarding of the LNG contracts. It was said that the Sui Southern Gas Company Limited (SSGCL) and the Inter-State Gas System (ISGS) awarded the project in a non-transparent manner. But NAB prematurely closed the case, feeling that further inquiry could negatively impact potential foreign investors.

However, the case was re-opened in 2018. It must be noted though that the LNG deal saved $600 million for Pakistan. Nonetheless, any irregularities need to be investigated and it must be determined whether ISGS deliberately manoeuvred the proceedings in an attempt to reward its favourite bidder.

The other accusation against Abbasi comes from Sheikh Rasheed and other PTI members which entails that the former imported LNG from Qatar at a high price. Many critics even cite Ishaq Dar’s reported objection to the awarding of the bid to Pakistan State Petroleum (PSO) as proof of Abbasi’s guilt. However, when contacted for comment, former finance minister Dar told the author of this blog that,

“It was not rejected per se. It was advised to go for open-bidding, which proved right and useful as other bidders, such as Russia, offered a better price for LNG. Later, Qatar matched this by lowering their price.”

So Dar has therefore rejected the claims of those who cite Dar’s comments as proof against Abbasi.

Of course whether Abbasi is guilty or not remains to be seen. But this arrest, and the manner in which NAB is launching a witch-hunt against the opposition, will only strengthen Pakistan Muslim League-Nawaz’s (PML-N) claims of victimisation. Many have argued that various other cases such as the Peshawar Bus Rapid Transit (BRT) project and the Malam Jabba case are also awaiting judgment, yet it seems like NAB is only perusing cases against the opposition, particularly PML-N.

Arresting members of the opposition will not solve the political and economic problems of PTI. In fact, with every arrest, PTI’s call for accountability will only look like a drive aimed at crushing dissenting voices. Those in PTI need to tell Imran Khan that arresting political opponents will not lower inflation nor will it increase investment.

PTI must also understand that pointing fingers at Pakistan’s deals with other nations without any concrete evidence in an attempt to malign PML-N will not only damage the confidence of international investors, it will also damage Pakistan’s current relations with these countries. In fact, every time Abbasi will be presented in court regarding the LNG case, Qatar’s name will also be highlighted in the process which may not settle well with certain quarters in Qatar given their recent investment.

We have seen how the Riko Diq case was a great national embarrassment, resulting in a hefty fine from the International Centre for Settlement of Investment Disputes (ICSID), and we cannot afford to discourage the already limited pool of potential investors. The repercussions from Abbasi’s trial could therefore greatly impact the nation.

The world is watching. If Abbasi is guilty then he must be held accountable, but if he is proven innocent, it will be a major blow for PTI which could damage NAB’s credibility as well. The arrest of Abbasi could work in PTI’s favour but it could also backfire. NAB should ensure that unlike the cases against other opposition members which are still pending, Abbasi’s case should be heard and resolved without resorting to any delaying tactics. This is not just a case of irregularity in the LNG contracts, it is a charge of corruption against another former prime minister of Pakistan. If Abbasi is not given the right to a free and impartial trial, it will only fuel PML-N’s rhetoric of ‘Naya Pakistan not being a free and fair democratic Pakistan’.

The dismissal of NAB’s plea against Maryam Nawaz will also embolden those in PML-N, making their chants of victimisation even more vociferous. Since Abbasi is sent on a 13-day physical remand, PML-N will surely use this intervening time to try and put forth their narrative in an attempt to counter the allegations against him and also the ones against Miftah Ismail. The timing of the verdict in favour of Maryam will benefit PML-N who will look to garner as much sympathy and support as possible before Abbasi appears in court on August 1, 2019.

Therefore, in the days to come, it will be PTI and NAB who will be under immense pressure to justify Abbasi’s arrest.