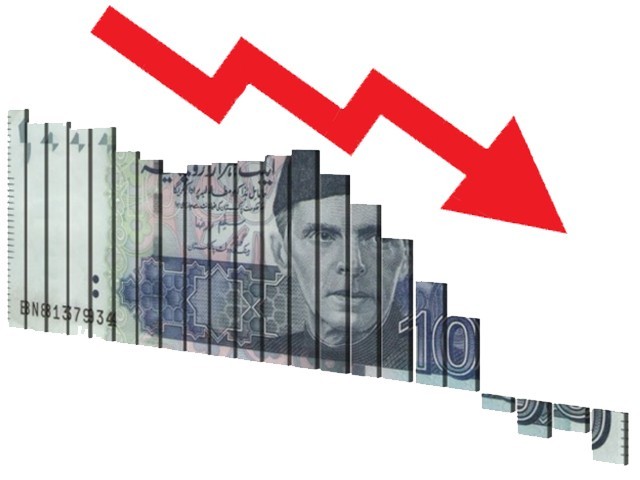 Twenty months and counting, the Rupee has lost almost 50% of its value and interest rates have increased to 13.25%.

The government has plethora of tasks at hands, and naturally so since it paraded a picture-perfect dream in its election manifesto. The scorecard, however, had been deteriorating, even before the Pakistan Tehreek-e-Insaf (PTI) government was at the helm of affairs.

Twenty months and counting, the Rupee has lost almost 50% of its value and interest rates (borrowing costs) have increased to 13.25%. Have hopes of a quick improvement in the livelihood of the middle-class that voted for this government faded away only to resurface for a better long-term hope? There are no quick fixes for Insafians and Pakistanis. That said, in the long term, two chronic issues would determine the fate of over 210 million people: fair taxes and increasing exports.

While people are busy dissecting the near 100 pages of the International Monetary Fund (IMF) document to decipher their own future prosperity, little doubt persists on the gravity of the ‘tax reforms’. Considering Shabbar Zaidi’s and IMF’s strong focus on ‘decisive’ measure to improve tax-to-GDP ratio to a regionally comparable 16-17%, covert is a correct start to Imran Khan’s innings.

There are several ways to raise the taxes for the government: first, tax the documented but less-taxed, further tax the already-taxed and tax the undocumented. And Shabeez-nomics (Shabbar Zaidi + Hafeez Sheikh) is using a combination of this three pronged strategy.

The pain is seen in numbers. Large scale production is falling, private sector loans are decreasing, car, fuel and cement sales are down. Traders are going on strike as the government rightfully isn’t reneging on CNIC’s requirement in a bid to document the economy. These are all necessary yet painful reforms but the timing isn’t perfect.

Even the Modi-nomics decided the revolutionary demonetisation of the economy in a high-growth phase. Pakistan risks stagflation (stagnant economy + inflation) at this very juncture if Imran’s appeal of ‘everyone must pay their due tax’ doesn’t translate into a meaningful change in the mindsets.

The government needs to realise that half-hearted attempts similar to former finance minister Ishaq Dar’s export subsidies – to counter the cons of his overvalued rupee – only go so far. Given that 60% of our already-low country exports are textile related, the textile industry should be given due planning and adequate incentives. Local textile products are being taxed higher and are using their good offices in vain. Paradoxically, despite huge depreciation, exports are yet not growing.

On the exports side, we indeed have been left behind in comparison to Bangladesh, India, Vietnam and Cambodia. Part of the blame goes to interrupted and expensive gas and electricity supplies while the other part stems from inefficient and out-dated technology. The latter has been the primary culprit of stagnant and low-value exports.

Radical changes are needed to prop-up the value chain and being closer to the largest economy in the world is a brilliant opportunity if Pakistan specialises in a few of the products of the global supply chain. Moreover, the regionally competitive energy was Asad Umar’s idea but that needs to continue for three years to move the needle despite the IMF’s stiff resistance.

Likewise, the exporters need to stop the rent-seeking attitude, and if assured of prompt tax refunds, they shouldn’t retaliate the government decision to remove zero-rated regime. If local sales are not being mislabeled as exports, and if you’re getting your money on time, let the taxes be imposed. Across the board taxation would absolve the government from handing out favours to the sugar, textile and other lobbies within PTI.

Consistency of economic policies is also imperative. State Bank of Pakistan (SBP) Governor Reza Baqar’s ‘market-driven exchange rate’ by no means warrants the currency to move 4-5% either side in a month. Who would want to invest given such unpredictable exchange rate assumption? Reading the IMF projections, the most striking aspect is increasing the tax-to-Gross domestic product (GDP) ratio and living-within-means, i.e. imports should only be increased proportionately to dollar earnings – in economic terms, a balanced Current Account Deficit. That requires continuous export growth and improving tax-to-GDP ratio.

Take the ‘outsider’ stigma away from the IMF; these two are the very chronic problems our economy has faced since decades. In one of the TV talks, former chairman of National Bank of Pakistan and the Pakistan Stock Exchange, Muneer Kamal, said,

“He (Imran Khan) should eat, sleep and breath exports”.

It would suffice to add that Imran needs to dream exports as well.

Short-term (one to three years) solutions to come out of the mess invariably have to be the textile sector, agriculture value-addition and import compression that would lead us to balance the books. But if PTI has to really deliver on any of their promises – education and health was largely not the highlight of this budget – then government needs to diversify the exports, encourage technology transfer and mandate a compulsory local partner for joint ventures. That’s what Chinese did until they entered the scale of today’s size to reap justifiable economies of scale. Over the medium term, four to 10 years, the products of tomorrow would be renewable, automation, robotics, artificial intelligence, internet of things and knowledge-based ideas.

By the time we are freed from IMF’s guided program, Imran would be old and the legacy he should pass – along with a second term – is to create the next leg of economic leaders. Today, that looks decades away.