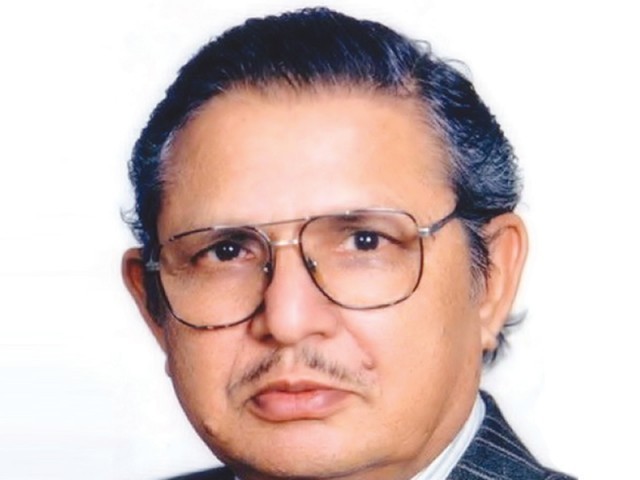 Everybody who met Yaad, had met a cheerful man. He had few enemies, very few; and many friends

Mansha Yaad, who had been writing short stories, surprisingly passed away in Islamabad this week. Here in Lahore the next day, Hameed Akhtar, fed up with his painful ailment, too, decided that he had had enough of this world.

Mansha Yaad was in the mid-spring of his writing. He had published a lot of short stories that earned him plaudits from lay readers as well as critics. Emboldened by the approval, his pen appeared to have grown more fluent. But who can rein death? All of a sudden it ambushed Mansha. Call it providence and be resigned to it.

Everybody who met him, had met a cheerful man. He had few enemies, very few; and many friends. And not just in Islamabad but also in Lahore and Karachi, even in India. He also had many admirers: some who loved his Punjabi stories, some who loved his Urdu writings. This, however, is not the time for a review of his stories; the pressing matter being a condolence for Hameed Akhtar who not only had an exciting career as a political worker but also considerable literary achievements.

I had considered Hameed Akhtar a communist creature of second water who had exhibited a kind of commitment to a movement that is extremely rare in our political system. I was to discover later that he had also learnt the Holy Quran by heart. To top my surprise over this, he revealed that he was a descendent of Khwaja Bakhtiar Kaki.

“Why don’t you then grace the shrine in Delhi?” I asked.

If he ever considered the option, he clearly decided against it.

Hameed Akhtar was the last of the Progressive Writers. We have been witnessing the passing away, one after the other, of the writers who had joined the movement during the third and fourth decades of the 20th century. As its last surviving adherent, he was acutely aware of his responsibilities. This made him much more prolific than he had ever been during the movement’s heyday when his contribution had mainly been in other ways.

As a political worker he was extremely valuable to the movement. Its leaders, particularly Syed Sajjad Zaheer, trusted him. It must have been on account of his services to the movement that he ended up in jail.

One of his more visible services to the Progressive Writers’ Movement has been his publication of the meeting minutes in Bombay where he had run the show before independence. Following Partition, the responsibility for its activities in Lahore, largely rested with him. After what is generally referred to as the Rawalpindi Conspiracy Case the activities ceased. Hameed Akhtar tried to revive them as soon as he was out of jail. Some meetings were held at Naqi Building but the effort did not go on.

By now, however, he was more into writing. First, he wrote about his experience of being jailed along with his colleagues. The book, titled Kaal Kothri, first published in 1953, is significant not just on account of the information it contains but also for its literary merit.

Next, he produced two volumes of sketches of the representative poets, story writers and intellectuals of the movement. I may have suggested in a review that he also write the story of the movement from his unique vantage point so that it could be read in continuation of Sajjad Zaheer’s Roshnai. To be fair, his writings, including the newspaper columns, can be pieced together to form a narrative. Besides the practical services rendered as a political worker, he is thus likely to be remembered in the future as the most important historian of the Progressive Writers’ Movement.

This was a job ignored by most of the Progressive Writers except Sajjad Zaheer. Hameed Akhtar did not fail on this count.