The significance of Occupy Wall Street and the Arab Spring 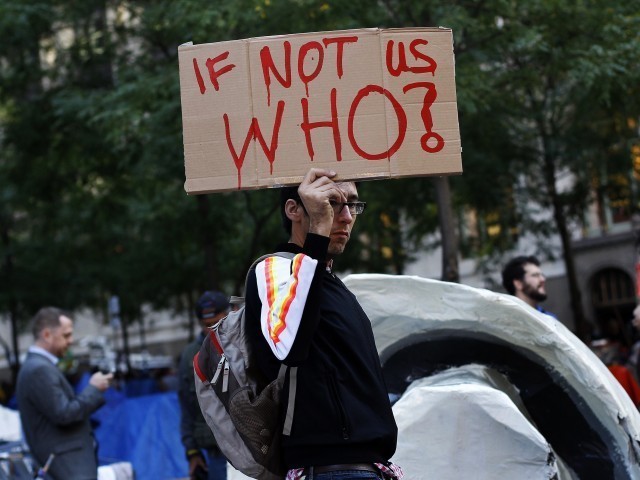 People aren't protesting against a bill or a person - they want relief from political and economic dictatorship. PHOTO: REUTERS

It’s difficult, as a social scientist or otherwise, to recognise when history is in the making. Will the events we’re living through make it to our children’s textbooks?

Here is what I mean by “the events we’re living through.” After limiting the notion of revolutions to some staple icons like Che, Lenin, and the storming of the Bastille, it’s difficult to digest that we may be living through the twenty-first century version of events which change the course of history. Before shrugging off the possibility that a ‘few’ people’ occupying’ Wall Street are going to change anything, I say reconsider. It’s been a tumultuous 2011. The year started with a victorious Tunisia, moved on to a change of regime in Egypt, followed by a domino effect across the Middle East. Public consciousness has registered that these events have taken place, but has it registered their significance?

Is there a connection between these protests and does that connection mean something, are questions worth exploring. The large scale level on which these protests are taking place is not the only factor that indicates this might be a ‘history-changing’ event. Here are some others. The Arab Spring refers to several uprisings, linking them together. Similarly, one can assume there is a connection between the Arab Spring and Occupy Wall Street — as much as the media (undeniably fettered by corporate interests) scoffs at Occupy Wall Street and would consider a connection between the protests in New York and those in Damascus ludicrous, they have one characteristic in common — they are criticising a system. In some cases, this paradigm was political dictatorship. In others, it is economic dictatorship.

This criticism of a paradigm is the biggest indicator of change. People are not protesting against a bill, a person, or one issue. But rather, such as in the case of the Occupy movement, people are protesting against a system which had been comfortably accepted with the collapse of communism. Just the fact that the word ‘capitalism’ is being bandied around in the movement rather than merely ‘privatisation’ or ‘tax hikes’ shows that it is in fact, the system’s failure which has entered consciousness, and history is earmarked by changes in systems.

Whether any of these movements have alternatives to offer is irrelevant. For change to take place, it simply requires the sweeping away of the old guard. That appears to have already happened in some cases and is waiting to happen in others.

Heba Islam is a sub-editor at the national desk at Express Tribune. She tweets @hebaislam.

Discourse on corruption: an exercise in futility