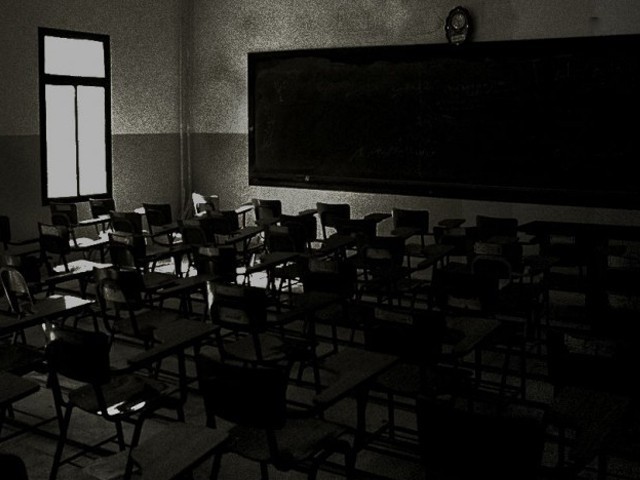 But my teacher also said, a difference exists between listening and hearing. PHOTO: PINTEREST

No, beta, the trees can’t talk and sing,
Nature doesn’t invite you in,
And the wind certainly doesn’t give you wings!

No, no, colours don’t melt,
Transcendental emotions you pen aren’t felt,
Word in your poems,
Are sounds, lines, and curves,
Not pillows, crutches and memory reserves.

And please, people are people,
Can’t see a rose in a person and person in a rose,
A void exists only in space,
Not in her eyes!
Her hair, how can it be like a fall?
Her smile like a fresh stream,
And laughter like a heart’s somersault?

Sorry, beta, but the dead are dead.
Their love and laughter, you can’t store,
And their memories, time will ignore.
It can’t be,
Their shadow that sits on your bed,
It’s not them,
Who split the rays of the sun,
Or direct the moon’s shine.
You can’t possibly hear them,
In a repeated word,
In the space between the end and beginning of a song,
And in the heart of silence,
All at the same time?
You can’t feel them,
In a child’s laughter,
A pending embrace,
A self-inflicted wound,
And in the corner of an unfamiliar dream.
They are just not there,
She said, shaking her head.

But my teacher also said,
A difference exists between listening and hearing,
And only that I listened to,
And it has made all the difference.