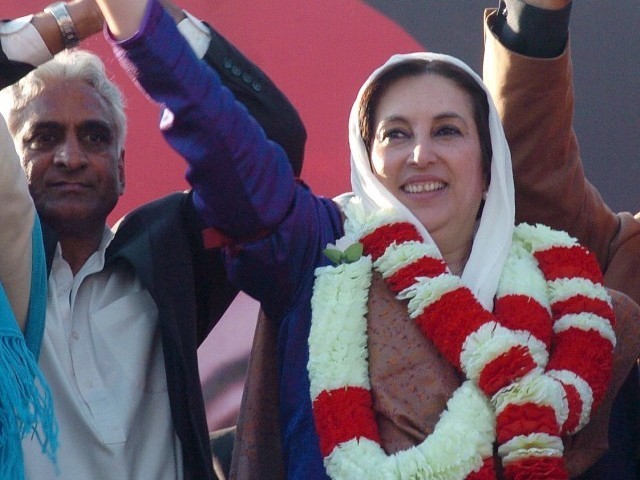 Four years after the bomb blast that was aimed to kill Benazir Bhutto, the deceased still have not been remunerated.

Nearly 150 people died in the Karsaz blasts four years ago; many more were injured. But yesterday, the fourth anniversary of the blasts, the biggest concern most people in Karachi had was whether Karsaz will be blocked? Will the roads be jammed?

Like countless other incidents, Karsaz too is now just a distant memory, another episode in the violent political history of our nation. Still, it’s kind of hard to ignore the half page ads in the papers, exhorting us to remember “The Day of the Martyrs” – which is the best that the communications machinery of the Government of Sindh could crank out. Another ad ‘salutes’ a dead prime minister. There are vague references to sacrifice, courage, democracy and struggle, and there are billboards on every major road.

For the PPP government of course, it makes perfect sense to commemorate the day that many of its most avid supporters took to the streets to welcome back a political leader who had long been in exile. Still, one hopes that the elaborate tributes and excessive publicity was less about political mileage and more about the people who actually suffered. But when it comes to the concrete, the measurable, there is little to show for. When the horrific explosions took place four years ago there were announcements that the victims and injured would be compensated. Yet, until yesterday, President Zardari was still ordering his government to ‘expedite’ the payment of compensation. Four years on, ‘expedite’ may no longer be the best word to use.

Victims of the Ashura blast two years ago were made similar promises of compensation. A woman whose five-year-old son suffered a horrific skull injury in the blast told me how her child stood to lose his eyesight because of the wound. The government had initially started treatment for the injured at the private Aga Khan Hospital, whose medical care even most middle-class people cannot afford. The child had a few operations there but unsurprisingly, government support was cut off midway. No longer able to afford the hospital, the woman took her child to various government hospitals. All of them refused to touch the case, since the child had already had a few operations and his case was highly sensitive.

I hope the victims of this blast fare better, if only by virtue of being PPP loyalists. But until the government can prove its sincerity by moving beyond rhetorical tributes and actually making payments to those promised, it can hardly expect quarter-page ads to make people care more about bomb blasts than traffic jams.