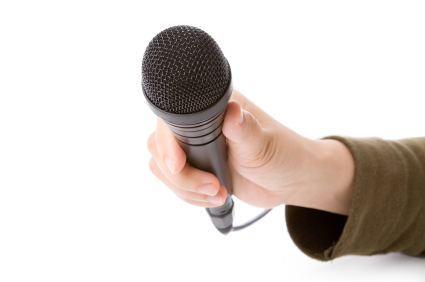 "I was appalled to see how self serving the authorities and media were in covering this event."

A lot of what is being written and said in the media based on reports by correspondents, columnists and by public comments on who or what was responsible for the Airblue crash makes sense.

One or more of the causes being pointed to may be the actual cause of the accident. However, no one but those with full access to complete information and data should be commenting at this stage – no one else.

We all make the mistake of speculating based on our own experience, knowledge and sense. But we must realise that this is the time where vested interests profit. Many times a source can be someone who jumps on the opportunity to wrongly build public perception in favour of his or her cause.

I was appalled to see how self serving the authorities and media were in covering this event.

While speaking to a channel, the PIA spokesman took the opportunity to speak against the PIA pilot’s who ‘go slow’. He said how selfish they are and how unfair their demands are. What did this have to do with the crash?

Likewise, an opposition MNA appeared on one channel and kept saying that she was the only one there and that she had sent her driver for food and water and that people were stealing jewellery and debit cards.

Another man from a volunteer organisation wanted to make sure that the name of his initiative was registered by repeating it twice.

One correspondent spoke at length about how she traversed the terrain to be the first to report, then lost her shoe and climbed over the thorns barefoot refusing all calls telling her to stop. She endangered herself to get to the top because there are supposedly lions in those hills! The channel in the meantime kept claiming that they were the first to be there with another channel claiming the same.

One anchor warmed my heart by opening his program by saying that this is not the time to start controversies and we should not speculate. His opening question to the Airblue or Aviation expert then was the following: “Considering the number of passengers, was the number of cabin crew adequate?”

Wasn’t this stirring controversy and opening a new front? What does the number of cabin crew have to do with the plane crash? And if it somehow does, why the blatant hypocrisy within minutes?

Another report showed a reporter picking up two ID cards of a husband and wife from under the simmering piece of metal and reading the names aloud. He then picked up a cheque book and talked about the owner! All this at a time when there was news that there were survivors. There was no respect for the traumatised relatives and family who may be hearing the death certificate of their loved ones.

One reporter from the airport announced that the pilot was being aggressive while landing and was under depression.

My fellow Pakistanis and Muslims, speculating within hours of an occurrence leads to bitterness in people with one set of beliefs (influenced by people apparently giving intelligent analysis). And once the report comes out many don’t believe it because of preset beliefs and condemnations.

We should all save our views until after the official report has been made public in full. If there are questions left unanswered they should then be sought out. Otherwise we are all guilty of poisoning the minds of families who are at this point in time emotionally unstable to even think rationally and are looking at someone (or some company) to release their anger on.

It is neither fair to the pilot, the company that made the plane and the parts, the people who maintained it and the people who steered it from the ground. It causes shame and stress to the wives, children, siblings and parents of the pilot and executives being associated with making, maintenance, flying and ground control. Please leave them alone now. They are already mourning and will continue to for the rest of their lives irrespective of where the fault lies.

Mourn the souls of the dead but also show some respect the hearts of the families of those who are rumoured to have been responsible.

My mother's last words to me