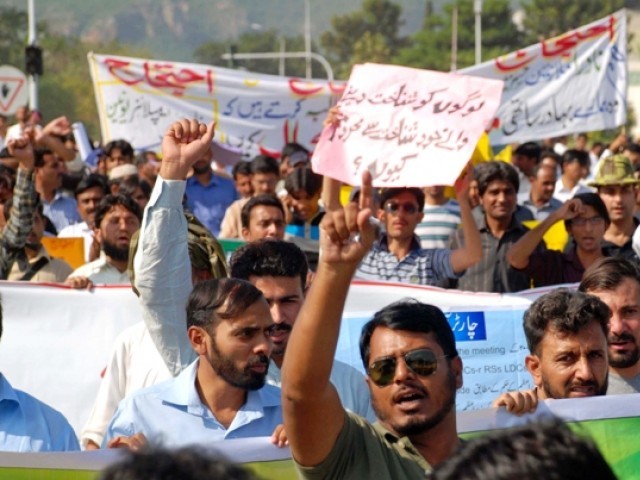 Pakistani youth are bent on making a difference to their country, but change does not always need to revolve around political revolution. PHOTO: MUHAMMAD JAVED

I see so many young boys and girls around who are just dying to do something for this country. Interestingly though, the idea of doing something for most of them revolves around starting a political, semi-political or quasi-political movement, bringing about a revolution, replacing the government with angels etc. I am not against any of this, in fact it is refreshing to see such great ideas and plans in our youth. But it is also depressing that there is such a dearth of other ideas.

In my humble opinion, nations are not built by governments, governments are built by nations. Revolutions are just the final act in a long play where thinkers, writers, poets, scientists, professionals, scholars, sportsmen, businessmen, artists and enlightened common people play major roles. Sadly, there is very little ambition around that targets excellence in these fields. Isn’t it sad to know that:

1. The last time a Pakistani won a major squash competition was in 1997.

3. The last time a Pakistani writer’s book sold a million copies locally was …. I don’t know if that ever happened.

4. The last time Pakistan reported a budget surplus was in 2001.

The list goes on and on. Isn’t it time that we stopped trying to revolutionize something in which our total expertise depends on what we watch on Geo and read in the newspapers. Shouldn’t we stop trying to change the shades of grey and start to concentrate on the black and white, the things that are clear, the things we can actually do.

The only revolution we need is in the way we perceive our own specific roles in life. The only thing we can change is our own thinking. Maybe we just need to be the best in whatever we do and we won’t need any other revolution. Maybe we don’t need to come out on the roads, maybe we just need to go to work, not just go to offices and schools and colleges, but really go to work.