The UN can only watch in silence, while the Uighur can only suffer in silence 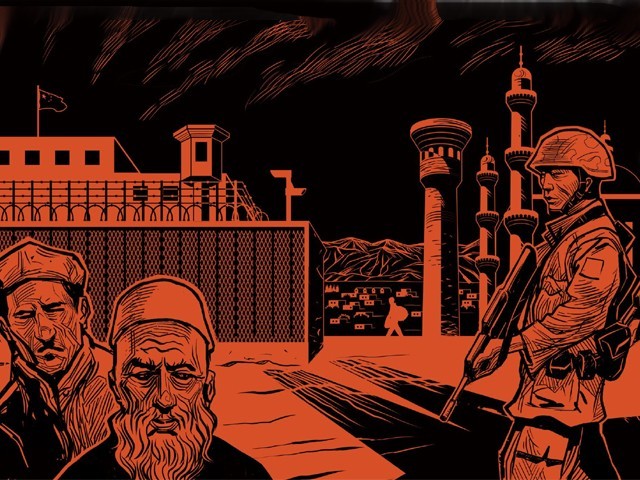 Some reports indicate that China has forcibly detained around one million members of the Uighur community in what it likes to call 're-education' camps. ILLUSTRATION: REUTERS/Christian Inton

At the edge of the desert in Xinjiang, China, hundreds of ethnic Uighurs are trapped inside an indoctrination program designed by the Chinese state to rip away their Muslim identity. Here, under the eyes of the Chinese surveillance state, they are trapped in a void brought upon by the world’s silence to their plight.

For more than a thousand years, the Xinjiang area of China was the home of the Uighurs. A few decades ago, this area was populated almost exclusively by its members. Today, more than 50% of its population is Han Chinese. Now, this didn’t happen because the area became cosmopolitan overnight or because of fruitful development. No. This is the culmination of a program designed to make the area more Chinese and less Muslim.

When an autocratic state becomes an economic superpower, it gains a certain amount of immunity from the international legal regime. But China is on another level. With so much of the world’s economy now dependent on China’s technology sector, it is hard to criticise China for even the powerful United States. So if China wants to be repressive, there is little anyone can do to stop it.

This is the dystopia that the Uighur community lives in. Some reports indicate that China has forcibly detained around one million members of the Uighur community in what it likes to call ‘re-education’ camps. This is as preposterous as referring to hell as a sauna. In these camps, Uighurs spend indefinite amounts of time renouncing who they are. Stripped of basic human dignity by the Chinese state, they are forced into manual labour, reciting patriotic hymns, writing self-critical essays on their identity, and isolation from their families.

The goal of the Chinese government, according to official plans found online, is to transform the Uighurs into a disciplined, Mandarin-speaking, industrial work force, loyal only to the Communist party. Accomplishing this requires indiscriminately rounding up members of the Uighur community for things as benign as growing a beard or reading the Quran. There are even reports of men being arrested and sent to the camps for months because they recited verses of the Quran at a funeral.

These forced labour camps are oppressive systems devoid of all aspects of the rule of law. They lack any legislative authority or due process. There are no trials or appeals for those who are sent to the camps. It is the proverbial midnight knock that governs. Physical and verbal abuse by guards is a commonplace, and those imprisoned are given no information on when they will be released.

The world’s human rights regime, after the horror of World War II, has given a great amount of importance to the concept of ‘human dignity’. In essence, states are not supposed to undermine the value of individual identity, nor are they supposed to treat human beings as slaves. China’s labour camps discard such notions when it comes to the Uighur population. But this isn’t the only human rights abuse that it commits against these people.

Any religious action is watched, and any such action can cause Muslims to be thrown into labour camps.  An official directive by the Chinese state fosters discrimination by asking people to report those who show ‘75 signs of religious extremism‘. What are these extremist signs, you ask? They include growing a beard while being young, praying in public, and trying to give up alcohol.

In any state that valued basic human rights and dignity, all of this would be repugnant to the very core beliefs of democracy and constitutionalism. But China is an autocratic state that is about as transparent as a concrete block.

China’s hatred for the Uighur population is about control; it flows from the insistence of the Uighur population to hold on to their own individuality. Violence in the past between the Han Chinese and the Uighurs is now used by the Chinese government to label them as traitors and religious extremists. So China justifies its mass surveillance, its labour camps and its discrimination, on the basis of security. It pledges to make the country safer by eliminating the identity of a religious and ethnic minority. But as scholar Qiu Yuanyuan writes, China’s detention program will ultimately backfire and fan radicalism amongst those that it oppresses.

China’s economic power grants it immunity, and even keeps the Muslim world quite on the Uighur issue. Silence is one evil, but being complicit is quite another, for the Muslim world is busy finalising trade deals with China for the same surveillance equipment being used to oppress the Uighurs. Remember that the next time one of them talks about how the West is against Muslims because of its own vested interests. The West is actually the one trying to highlight the issue.

I sit here in Pakistan and think about the countries that we most aspire to be like: China, Saudi Arabia, and Turkey. And can’t help but see the trend of harsh authoritarianism and police state. It may be too much to ask from Pakistan to raise its voice against China’s practice against Uighurs, but even our small voice may be able to galvanise others. Of course, it would come with a cost, and given that cost, I am not optimistic about Pakistan’s role in highlighting the plight of the Uighurs.

In the end, the plight of the Uighur population is an indictment against the unity of the Muslim world, the UN, and the international human rights regime. Borne to never again allow such systematic discrimination to occur in the world, the UN can only watch in silence, while the Uighur can only suffer in silence.