Men In Black: International will leave you wishing to be ‘neuralysed’ 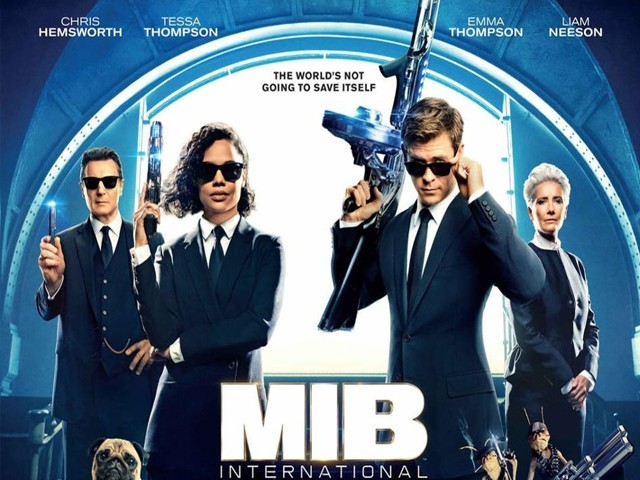 Returning to the amusing sci-fi world of Men in Black could have been so much fun with some cool new ideas and a better script. PHOTO: SONY PICTURES

The 2019 summer movie season isn’t going quite the way film buffs would have hoped. The big budget cinematic offerings so far have mostly been subpar, with very few intriguing exceptions. Men in Black: International, unfortunately, isn’t one of those exciting outliers.

The lacklustre spin-off of the Men in Black (MIB) series shifts the setting from the US to the UK branch of the galaxy-defending organisation but doesn’t bother to bring anything new or even slightly interesting to the franchise.

Molly (Tessa Thompson), who witnessed the Men in Black in action when she was a child, manages to track down the MIB headquarters in New York nearly two decades later. She asks organisation head, Agent O (Emma Thompson), to recruit her to the agency, whereupon she is given a probationary position and sent to the London branch which is headed by Agent High T (Liam Neeson). There she teams up with Agent H (Chris Hemsworth) and finds herself trying to ward off an alien threat while figuring out if there is a mole in the organisation.

Things unfold unexcitingly, predictably and banally. There isn’t an ounce of creativity anywhere in the plot. It’s infuriatingly easy to tell from the very start what the supposed twist will ultimately be. The storyline is as stale as its lead pairing. We’ve already seen Hemsworth and Thompson together in the significantly more fun Avengers series, and the filmmakers probably assumed it would be financially astute to team the two up again and borrow some of Marvel’s mammoth appeal in the process.

But this time around, the pair has been burdened with a script so lacklustre that it ends up reflecting negatively on their acting talent. Hemsworth’s presence seems limited mostly to smirking and looking good in a suit, while Thompson’s performance doesn’t merit building a whole franchise around her. Even supporting actors as experienced as Thompson and Neeson can’t insert much life into this damp-squib of a film. With Kumail Nanjiani’s grating alien sidekick character Pawny, the MIB series now has its own equivalent of Jar Jar Binks. Joy. The charm of the original MIB trilogy – which itself faltered with its second instalment before correcting course somewhat with its final piece – is nowhere to be found here. The special effects may be impressive, but the action is dull, the tension is lacking, and the humour misses the mark significantly.

Simply put, Men in Black: International is just very unnecessary. The movie only manages to make you miss Will Smith and Tommy Lee Jones, and the fact that the original duo doesn’t even make a cameo here is a downright disappointment. Men in Black: International is shiny on the surface and completely vacant underneath. It feels like director Felix Gary Gray and his team has tried to play it safe by imitating the original series but have failed to account for the fact that sticking to well-worn lanes leads to destinations that are unexciting and generic, which is pretty much the opposite of what science fiction should be. Returning to the amusing sci-fi world of Men in Black could have been so much fun with some cool new ideas and a better script. Instead, we have ended up with a movie that is likely to leave viewers wishing to be neuralysed in order to forget they were subjected to this banal retread. Then again, with a film this unmemorable, who even needs a neuralyser?