Dark Phoenix: not with a bang but a whimper 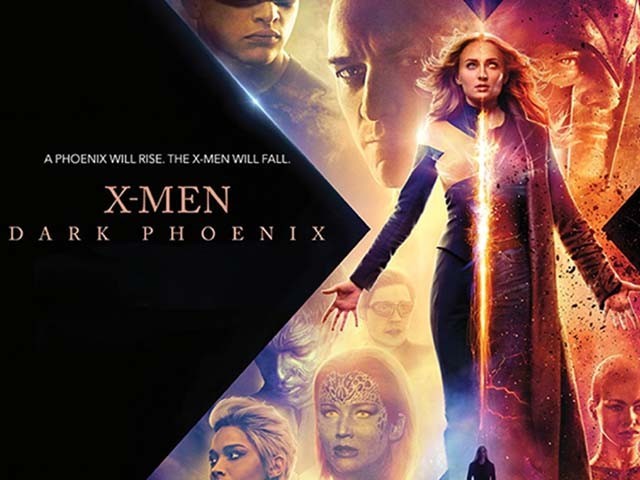 The performances across the board feel mostly phoned in and uninspired, particularly those by McAvoy and Lawrence. PHOTO: IMDB

When the X-Men franchise was rebooted in 2011 in the form of X-Men: First Class, many were sceptical as to whether or not it would be able to offer fans something different. Bryan Singer’s original trilogy had pretty much delivered what fans had expected from an X-Men movie. Much to everyone’s surprise though, X-Men: First Class did offer something new, while the sequel, X-Men: Days of Future Past, practically shattered the ceiling for the franchise.

The reboot had been a big success both critically and commercially until X-Men: Apocalypse, where you could feel that the wheels were starting to come off. But that didn’t stop Simon Kinberg and his fellow producers from going in for one last film.

As a result, we now have Dark Phoenix, the fourth and final instalment in the new prequel series. The title is a direct nod to the Dark Phoenix Saga comics, upon which the film is based and which also happens to be one of the best and most controversial comic book arcs that Marvel Comics ever published.

Set in 1992, the film opens with the X-Men reaping the fruits of a good public image after having saved the world in X-Men: Apocalypse. So much so that Profession Charles Xavier (James McAvoy) has a direct private line to the president of the United States. However, when a National Aeronautics and Space Administration (NASA) space shuttle mission goes missing, the president asks the X-Men to help. Xavier obliges, sending Mystique (Jennifer Lawrence), Beast (Nicholas Hoult), Cyclops (Tye Sheridan) and Jean Grey (Sophie Turner) to rescue the stranded astronauts. However, when things go awry, the X-Men find themselves confronting a new threat. Grey bears the brunt of this threat as she is consumed by a cosmic force that begins to manipulate and develop her powers in new and unforeseen ways. Written and directed by Kinberg, who has previously produced and written X-Men films, Dark Phoenix has all the ingredients needed for a good X-Men movie. It has a good cast, a director who knows the franchise inside and out, and, unlike X-Men 3: The Last Stand, it also has the willingness to honour the source material. Unfortunately, none of these elements manage to come together to form a cohesive and engaging film. Dark Phoenix is a highly flawed and largely disappointing conclusion to the series. Much of the issues actually stem from the script. The story hinges greatly on Turner’s character, particularly the inner turmoil she goes through in her transformation from a vital member of Xavier’s group of mutants, to an almost unstoppable force of destruction. And much to Kinberg’s credit, he actually does spend a significant amount of time fleshing out Grey’s character to give the narrative a sense of purpose. Thus, Kinberg attempts to approach the story from the more protracted lens of Grey’s personal journey and her alienation from the rest of the world. However, the film loses its emotional heft as it progresses forward, largely because Grey’s story takes a back seat to the larger story involving other characters like Xavier.

The film is certainly not helped by the acting either. The performances across the board feel mostly phoned in and uninspired, particularly those by McAvoy and Lawrence. The usually reliable Jessica Chastain is largely forgettable in her role since Kinberg gives her very little to work with.

Amid a cast of uninterested actors, Michael Fassbender is perhaps the only stand-out and is as enjoyable as ever as Magneto. Turner, although not particularly engaging, deserves perhaps less blame given the manner in which the script lobotomises her character. Given that this will most probably be the last outing for these actors as these characters, one would have hoped that they could have finished their run on a high note, much like Hugh Jackman and Patrick Stewart did with Logan.

By the final act, the film does gain some momentum and the action sequences, particularly those at the very end, are exciting. But ultimately, none of the effects-driven, destruction-laden set pieces matter in the grander scheme of things, making Dark Phoenix a very dull film to sit through.