Blame the West: of inequality and duplicity 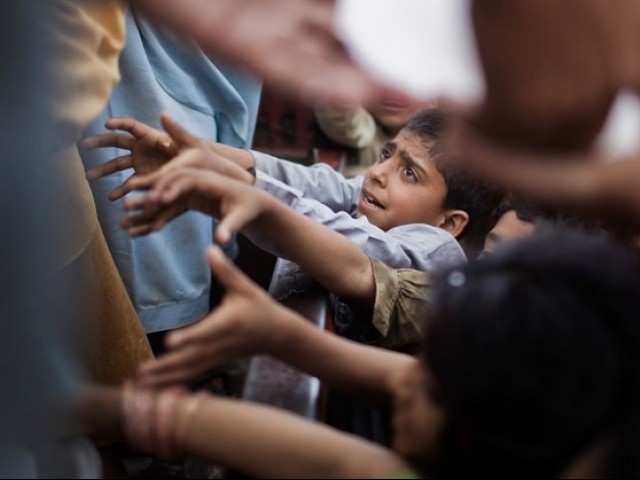 Our economic affluence is restricted to a select few and the Gini Coefficient of 68 is a testament to the grotesque inequality in our society PHOTO: REUTERS

Pakistan, in addition to the myriads of socio-economic problems and political instability, is also one of the most unequal countries in the world.

Our economic affluence is restricted to a select few – our homes, academic opportunities,  state institutions and overall society cater to a specific segment of populace. Our Gini Coefficient of 68 (according to US state department report in 2006) is a  testament enough to the grotesque inequality in our society.

My point of contention, however, is related to how segments of our society have gone about addressing the problem.

Specifically, how have the ‘mullah defenders’, so bent on instituting Islamic theocracy in Pakistan, fared in addressing this perennial feature of Pakistani society.

If one is honest in analysis, it is evident they have very little to show for their beliefs. They might deliver harangues proclaiming how the West has crippled our morals, economy and country’s security and how America and its cohorts seem bent on waging war against Islam. However, virtually none of them has the gall to stand up for the poor and marginalized of Pakistani society.

By doing so, they have also forgotten the message of the religion they proclaim to be defending – equality.

When I see them delivering diatribes of how corrupt Pakistani society has become under the influence of West, I see hypocrisy -plain, jaundiced and remorseless. They take no account of the opportunities we deny children of the lower classes, the nefarious treatment we met out to our domestic servants (if the latter should be there in the first place is another debate), and the education opportunities barred to a large majority of the poor, just to preserve our status quo – to provide us all with the assurance that times are always better for the ‘chosen’ ones.

That is duplicity and for once, the reactive ones will have to realize the problem here lies within;  no one else can be blanketed under the blame. For once, they would have to take in account of their own preaching and edicts and how hollow these become for the new generation of Pakistani youth. For once, they would have to explain the contradiction between the ideals they tend to emulate and the tangible evidence their actions furnish.