10 reasons why Vampire Diaries is way better than Twilight 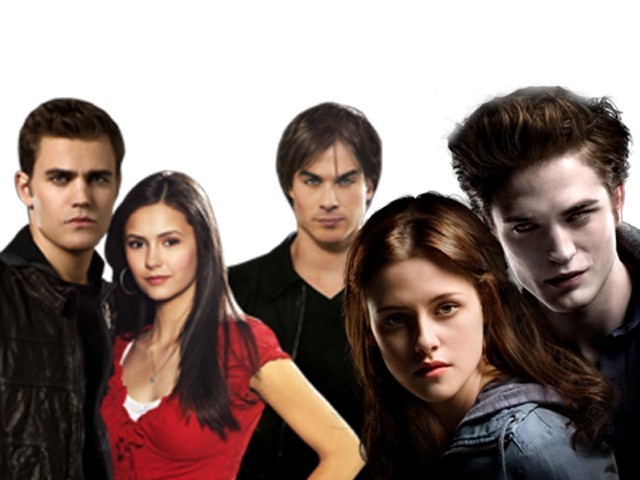 Paul Wesley and Ian Somerhalder are so much hotter than Robert Pattinson and Elena has a brain unlike Bella.

After I finished reading the Twilight Saga I swore to myself that never again would I indulge in another vampire romance story. My oath remained unbroken for the next few months, until that one memorable day when my friend and I were on the way home from school.

“Oh guess what!” she said excitedly. “I started watching Vampire Diaries and, oh my God, the guys are so hot. You have to watch it.”

The next thing I knew I was sitting in front of the computer, about to click play on the first episode of the first season of Vampire Diaries. I’m not the only girl my age to be persuaded into watching a show just because the actors are good looking, so don’t judge me.

For the first few episodes I couldn’t help wondering what I’d gotten myself into. While Stefan and Damon Salvatore may be incredibly handsome, this show was just like Twilight; the normal human girl, the love-struck vampire and the ‘other’ guy. The thing I hated most about Twilight was the twisted love triangle – it’s always the same. The girl and boy are happily in love, a ‘bad boy’ comes along, the two share a few kisses and the girl gets confused as to who she actually loves, hurting both boys. The girl in question also always has to be helpless and in need of constant protection.

However I soon realized that Vampire Diaries was nothing like I was used to.

The more I watched, the more addicted I became. So for everyone who, like me, hates Twilight here are 10 reasons why you will love Vampire Diaries:

I think I have made my point loud and clear: Vampire Diaries wins any day and any time over the Twilight Saga. If you are interested in the new, emerging trend of Vampires, Vampire Diaries will have you hooked and on the edge of your seat.
Tweet
53 Comments Print Email
Follow @etribune
on Twitter, become a fan on Facebook

A student at the Karachi Grammar School in the 11th grade, Ghazal is interning at The Express Tribune. She enjoys reading and writing.

Edhi: The man who dedicated his life to Pakistan