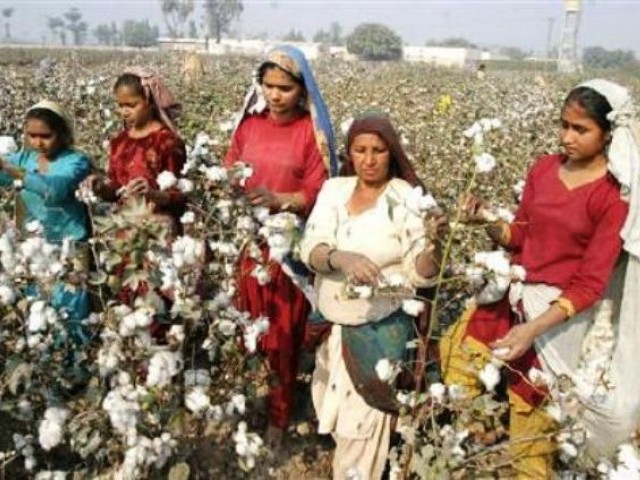 Steve Jobs is dead. There was a plot to assassinate the Saudi ambassador to the United States. Gilad Shalit, an Israeli soldier, will be released against the freedom of over a thousand Palestinians. There are a huge bunch of protesters that have occupied Wall Street. The Yemeni president is back. 28 people are dead in Baghdad. Thismakes the total Iraq body count well over ten thousand in less than ten years. And somewhere in Pennsylvania, a paralyzed man high-fived just using his thoughts.

None of these possibly world-changing events matter to the average Pakistani housewife.

Call it what you may, but most Pakistani women are struggling to find their identities in a world that confuses them more than ever. Here’s a fact that proves it: a report records that female labor force participation rate is 45% in rural areas and 17% in urban areas. That means that what all Pakistani wives do, once they get educated to  become doctors and engineers, is pretty much squat.

Parents push women to work harder in school and become model students. However, once they do end up being good students they step into the rishta age where they realize that they got that MBBS degree so that Mrs X could find them worthy of her son.

On the rural front, housewives aren’t simply just baby-making machines. They’re programmed to do a whole lot more, from a very young age. It’s a cultural trend and a documented fact that women contribute to almost half of the agricultural work done in rural areas.

What’s wrong with this picture?

Not unlike Butterfly, a hilarious character created by Moni Mohsin, most Pakistani housewives are obsessed with designer lawn, what Shaista Wahidi is wearing on her morning show, attending committee parties, endless socializing, finding good nannies and maids for their children, complaining about how inflation has increased and how impossible it is to find good stilettos around Eid time.

The mind boggles at the amount of brainlessness found in these educated, refined, well-bred women who went to good schools and ended up with more philosophy than practicality. Looking at the values these women have, the respect for the sunburnt woman working in the fields with a baby on her hip grows by leaps and bounds.

Sure they’ll pick up a hobby or a part-time job that helps them kill the hours and gives them a productive chance to show off how cleverly they put together their latest designer shirts and shoes. There’s little dedication or thought paid to how they can actually, positively and wholesomely contribute to the country (apart from writing vicious blogs such as these).

Something also needs to be said about the Islamization or the ‘women-must-not-work’ mantra. One can find similar educated, refined, well-bred men who don’t want their wives to work half out of fear of what it will do to their pockets (work-clothes wardrobes can’t come cheap) and half out of adhering to the stereotype of bringing home the bacon.

This in no way means that bringing up children and taking care of the house is an ordinary job. It’s a full time job all in its own, however, thanks to the wonderful support groups Pakistan offers to women, a lot of women find time to while away the hours watching Star Plus and the Sahir Lodhi show religiously instead of doing something far, far more meaningful. Thanks to the nannies, maids and all the other friends and family who help us out with our children, we can easily spare an hour or so to do something for Pakistan and its people. Surely we can, with high-sounding degrees tucked under a belt, contribute at least as much as that hard-working woman who’s picking corn and wheat and rice, come rain, come shine?

There needs to be a conscious change in our people. If we actually want the common man to improve the country and pick it up from its bootstraps, let’s all be assured that Zulfiqar Mirza and Shaista Wahidi aren’t the one’s who will enable this. Change needs to start from amongst us.

We keep asking the question:

Here is the answer. We can stop thinking that we have to topple the government to bring about a change in the growing dilapidation of the state of affairs. Housewives wouldn’t go out on street anyway; it would totally ruin their Fair and Lovely induced complexions. So isn’t it much more convenient, fellow women, to actually use the degree you spent years slaving over? And instead of the obvious use of the degree of snagging a husband, isn’t it infinitely better to start working for an NGO? Why not to use that masters degree in public health, or volunteer at that free clinic, or help a school by using your engineering degree and teaching students some maths? For free, preferably?

Charity begins at home and change can stir from a single person.

How about you choose to spend some time helping the people of your country instead of stuffing your face with cucumber sandwiches at Sind Club. Just imagine what a change can erupt if the numbers of women in the work force were to rise dramatically over the next ten years. Yes, it won’t stop the corrupt practices of politicians, but what if the time you take out can enable a running income for a beggar who has been taught how to repair an AC? Yes, we won’t strike oil in Pakistan but what if that one hour you spend every day Facebook-stalking random people is spent teaching a poor child what Facebook is?

What if we could do our part and not be a dead statistic any more?