Frozen II: Prepare to be enchanted by some more musical magic this winter

Just when we finally managed to get ‘Let It Go’ out of our heads, Disney has decided to unleash another instalment of Frozen, and the trailer for the upcoming sequel suggests that the past isn’t quite in the past anymore.

History, in fact, appears to be of some importance in Frozen II, the much anticipated sequel that continues the tale of Queen Elsa (Idina Menzel) and Princess Anna (Kristen Bell), the feisty sisters from the Kingdom of Arendelle who won our hearts in 2013 when the original adventure – which was inspired by Hans Christian Andersen’s fairy tale ‘The Snow Queen’ – arrived in cinemas and triumphed at the box office. 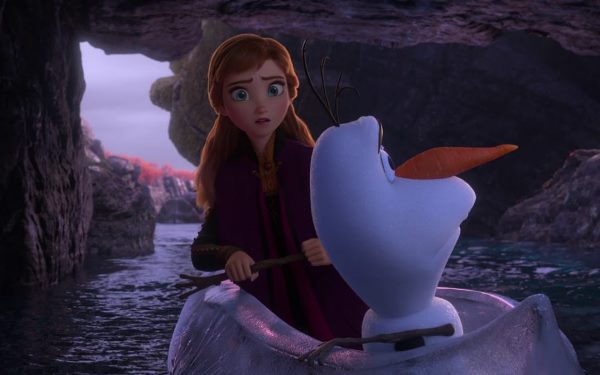 This time around, it looks like Elsa will have to venture into enchanted lands and journey into the unknown in what appears to be a dark, dramatic adventure.

“The past is not what it seems,” our heroine is told in the trailer. “You must find the truth.”

The quest for said truth is evidently perilous, at least according to this short preview, which makes the new film seem more grim and somber than its predecessor. Elsa appears to be battling a raging ocean and facing a mysterious threat. Anna too seems to be on a dangerous journey. Ominous magical horses make an appearance. And we are given the sense that the fate of the world relies on Elsa’s powers. We see no evidence of merriment in this melancholy trailer, but hopefully it won’t all be doom and gloom. Snowman Olaf (Josh Gad) is back, hopefully with some comic relief or at least some more irresistible adorableness. So is reindeer Sven and his owner and Anna’s love interest, Kristoff (Jonathan Groff). Much of the filmmaking team behind the first movie, including directors Chris Buck and Jennifer Lee, is returning for the sequel as well. Also, and perhaps most importantly, the brilliant Robert Lopez and Kristen Anderson-Lopez will once again lend their songwriting magic to the franchise, which means there is sure to be another anthem that kids can put on repeat for the next couple of years. Commiserations, in advance, to all parents of young children!

Disney may not be best known for its sequels, but it’s a safe bet that the studio will make every effort to please (merchandise buying) fans with this continuation of its billion-dollar franchise. This is, after all, the follow-up to the highest-grossing animated film of all time. (And the studio obviously has a lot of merchandise to sell.)

Prepare to be enchanted by some more musical magic this winter, as Frozen II  hits big screens on November 22, 2019.