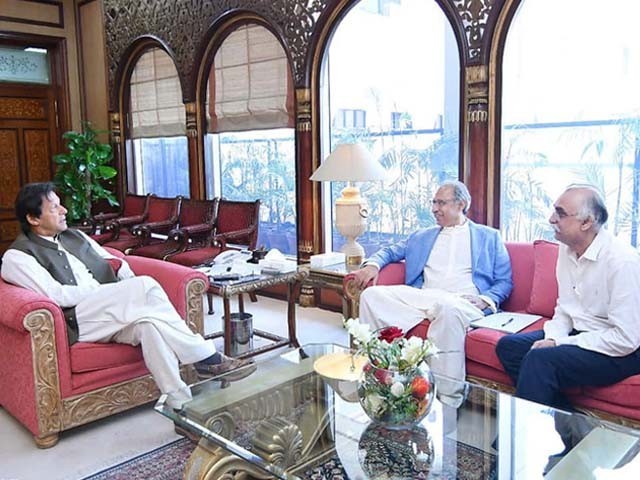 If there is one day when the entire nation has its eyes glued to the screen – apart from the elections or a Pakistan-India cricket match – that has to be the day the budget is announced. From the common man to industrialists, all pin their hopes on the government to see which direction the drivers of our economy are taking the nation. This time the government had a choice – either please the masses or please the International Monetary Fund (IMF). Of course, ultimately, the government is choice-less.

To put things into perspective, never has the government been able to increase their tax revenues by more than 21% in any fiscal year. This year, however, the government is aiming for more than a 35% increase in tax revenues. Most of that is not coming from direct taxes, nor from the corrupt, but from the pockets of the common man. The common man has already felt the brunt of a 45% currency depreciation, a more than 6% increase in the interest rate and the inflationary trend which came along with it. But for now, the golden dreams which the Imran Khan government had been showing us have been deferred to say the least.

Yes, increasing tax revenues was critical because Pakistan’s current tax to Gross Domestic Product (GDP) ratio is just 12%, which, according to Minister of State for Revenue Hammad Azhar, is amongst the lowest “not only in the region but also in the world”. However, it is the magnitude of the increase that will alarm the masses. Why else would the prime minister address the nation and essentially admit to the shortcomings in the 2019-20 budget and instead promise more accountability to help appease the voters through non-monetary benefits.

Keeping the technical details aside, the budget will cause some problems. The failed vote-grabbing tactic of promising a decline in the income tax rates set by Miftah Ismail is going to be reversed immediately. So if your employer is offering you a 5% pay raise, even that will fail to increase your income because of the salary tax. Increased taxes on products will also reduce your real purchasing power. So my advice: plan ahead. Cut down on purchasing luxury items, dinning out and vacations. Perhaps start with the eidi you give; every rupee counts. Naturally, all this will eat into your savings pool or put you in greater debt.

To make you feel better, the government has frozen the salaries of some top ranking government officials and cut the salaries of members of the National Assembly by 10%. But that’s just a few rupees less for people who are already billionaires.

What is going to be more expensive as a result of the budget? Pretty much everything. The Federal Excise Duty (FED) on cars has been increased. Compared to the great old days of 2017, the cost of owning a car – taking into account fuel cost, car price and interest rates – has gone up by almost 60-70%. This can kill the feasibility of new players in the market, such as Hyundai, KIA motors, Renault and Changan.

Your grocery bills will also increase by 10% as tax rates have been increased on sugar, fish, meat, chicken, ghee and beverages. Additionally, a major issue for the policy makers could be the removal of the zero-rated status for the five export industries: textile, leather, carpet, surgical goods and sports goods. The already faltering exports might see some more cash flow issues, although in the past, officials have been illegally avoiding taxes by declaring local sales as export sales. Also, in case you have your wedding planned, there has been another tax imposed on jewellery ranging from 1-3%.

For law-abiding citizens, there is some good news. The government is showing some intent of going after tax evaders and the black economy. The sales tax for restaurants have been reduced to bring them into the tax net. If businesses are compliant, the minimum salary they need to offer has been increased to Rs 17,500 per month. Furthermore, in a positive move, the government is offering tax credit to organisations for hiring university and college graduates. The limit for the whitening of black money through foreign remittances has been decreased from Rs10 million to Rs5 million per year. Property transactions worth more than Rs5 million an only be carried out through the banking channels only. The otherwise un-taxed income of the middle man working with farm produce is being brought into the tax net, a topic loved by our new FBR chairman.

For businesses, the sad news continues. As if the 45% currency depreciation, doubling of interest rates, lower consumer purchasing power and red tapism were not enough, there has been a further increase in custom duties across the board. The 10% tax credit they would receive if they expanded and modernised their plants is going to be withdrawn and their product will be saddled with more duties. The turnover tax has also been increased in an attempt to extract the maximum amount through taxation.

In a nut-shell, this budget is solely and wholly aimed at increasing the tax to GDP ratio so as to pave the way for the IMF bailout and bring the economy on a self-sustainable path. It’s difficult to recall another time where the government successfully ran a fiscal deficit of 7% in two consecutive years. However, these deficits are more likely to be plugged with local debt than foreign debt since Pakistan’s current account deficit is projected to be $6 billion for this year. Yes, the sincerity of the prime minister and the government cannot be doubted this early on since the baggage of previous decades falls upon their shoulders.

The prime minister’s Kamyab Jawan Programme is a step in the right direction, but this is simply not enough. Despite their claims, the common man will definitely feel the weight of this budget, and who knows, maybe “ghabraya hee jaye” (we should be worried).