“If you speak up for Ahmadis, Hazaras, you are Anti-Pakistan” 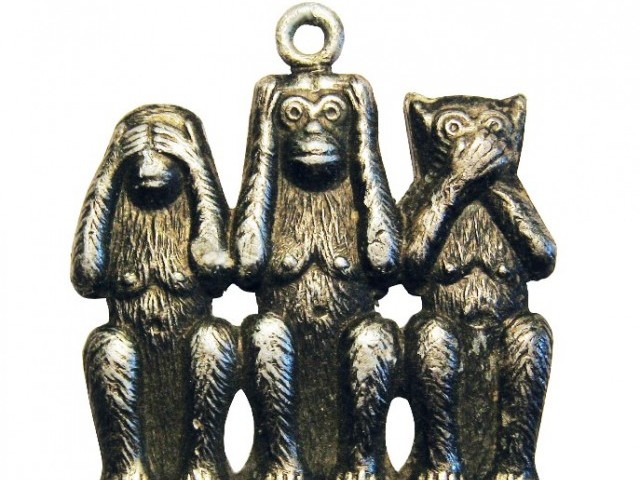 Does speaking for oppressed Pakistanis make one anti-Pakistan?

“I think its natural for Pakistanis in USA to speak ill of this country.. Kashif , your hate for Pakistan is admirable .. Didnt you get your Medical training from that country??? you dont love Pakistan… lets admit this.. Look at your posts”

These were the accusations levied against me recently on a Facebook forum. I was labeled anti-Pakistan. What had I done? Did I curse Pakistan? Did I burn its flag? Did I take out a “Go Pakistan! Go!” procession in the centre of downtown Manhattan?

None of the above.

All I had done was share news items on the persecution of the Hazara Shia Muslims and the Ahmadi community in Pakistan. This included The Express Tribune coverage of the latest massacre in Quetta that left 13 Shias dead and the expulsion of 10 Ahmadi students from a school in Hafizabad on the basis of faith. I also started a social media group condemning the genocide of Hazara Shias at the hands of SSP and LeJ militants.

It is no secret that hatred is openly spewed against minority groups in Pakistan. Such a hate conference was recently held in Dharianwala wherein religious clerics encouraged villagers to force all Ahmadi children out of their schools and all deceased Ahmadis out of their graveyards. Soon after this conference, Ahmadi students enrolled in public schools in the area were rusticated. The government, that had earlier this year declared an educational emergency, took no notice of this disgraceful incident. No one seems to care about the plight of oppressed. And when you care, your loyalty is quickly put to question.

Does speaking for oppressed Pakistanis make one anti-Pakistan?

I take serious offence to this view for two main reasons:

Firstly, the Hazara Shia and Ahmadis persecuted in Pakistan are our fellow countrymen. They are equal Pakistanis. So are the Christians and the Hindus. Therefore, voicing their concerns is being the voice of Pakistan and not otherwise. The belief that standing up for the rights of disadvantaged Pakistanis is being anti-Pakistan and unpatriotic is ridiculous. Where this notion assumes that these persecuted groups are not Pakistani enough to deserve the voice of the rest of us, it also assumes that the extremists who cause them pain are true representatives of Pakistan. As a Jinnah’s Pakistani, I take exception to this.

Second, the majority of Pakistanis are hospitable peace-loving people. The minority extremists do not represent our ideals. It is very unfortunate, then, that we have allowed the two to be associated in recent times. Our deafening silence has not helped before and is not going to help now. It merely proves to the world that we are content with being associated with extremism. It portrays intolerance as an accepted norm in Pakistan. On the other hand, fiercely denouncing extremism projects our values of tolerance and peace to the world. It shows that true Pakistanis do not accept intolerance as normal. They reject it, vehemently oppose it and disown it.

Preventing one from speaking against intolerance and extremism in Pakistan, therefore, implies that intolerance is very much Pakistani – that Pakistan and extremism are names one of another. As a Jinnah’s Pakistani true to its founding ideals, I again take offense to that.

Pakistan was founded on the ideals of religious freedom. Islam and my basic humanity compel me to speak for all oppressed peoples anywhere on earth irrespective of faith or color. As a Pakistani, however, I feel obliged to focus on my motherland. Charity, as I have learnt it, begins at home. As such, a Shia Muslim killed in Quetta or an Ahmadi Muslim martyred in the Punjab should at least create the same outcry as a Palestinian man injured in an Israeli air strike. Oppression is all condemnable, but we can only worry about our tenth-door neighbor if we have our home in order.

When early Muslims were persecuted in Makkah, a group took refuge in Abyssinia.  Did their outcry before King Najash – on the persecution at the hand of the Makkans- signify hatred for Makkah? The Holy Prophet (pbuh) himself had to migrate to Medina. His condemnation of the oppression in Makkah and his eventual emigration did not mean that he did not love Makkah. He longed to return to his motherland. Even while he was in Makkah, he condemned all injustice openly, not because he hated Makkah but because he loved it, and wanted to see a positive change.

And here we are, people content with the continued persecution of our own. You might choose to love Pakistan by remaining silent witness to its exploitation at the hands of its enemies. I, on the contrary, will continue to express my love for Pakistan by speaking up against its opponents, against those who tarnish its image globally and those who do not exemplify its true values.

Pakistan was meant to be a great nation. However, thanks to your silence, it is only moving backwards. Jinnah’s Pakistan has been hijacked by his enemies. As a patriotic Pakistani, it is my duty to continue to let everyone know that I disown extremism and intolerance that has plagued the nation. Like me, there are many others who chose to do whatever much (or little) they can to prevent our nation’s downfall at the hands of this menace.

If you chose to remain silent, therefore, by all means do.

But I’d very much prefer if you shed your self-righteous attitude and join me in being a patriotic Pakistani.