Aladdin: all spectacle and no heart 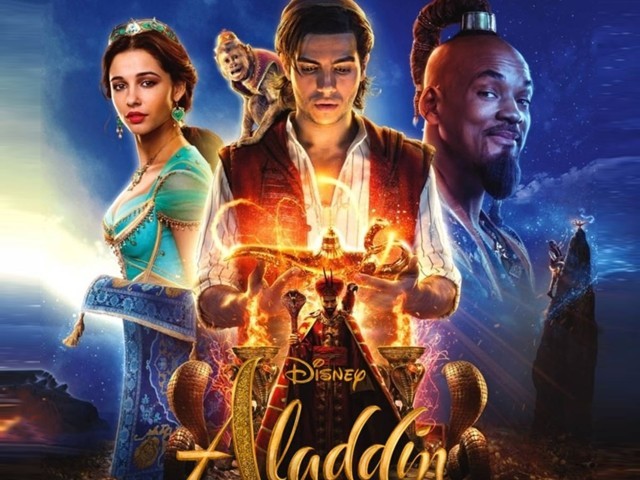 It is hard to deny the nostalgic draw of this project.

Disney has been busy churning out live-action remakes of its animated classics, and these revisits have been earning tonnes of money despite the fact that they invariably fail to elevate the original material in any significant way. The studio’s latest remake is Aladdin, a live-action adaptation of the beloved 1992 animated film of the same name.

And does it exceed or even match the joy of the original?

The storyline is all too familiar. With his pet monkey and partner in crime, Abu, by his side, Aladdin (Mena Massoud), a street urchin and petty thief, meets and falls for a woman who turns out to be Jasmine (Naomi Scott), the princess of Agrabah. The feisty Jasmine isn’t impressed with the kind of royal suitors that she is expected to marry, and is yearning for positive change in her kingdom.

Meanwhile, the wicked Grand Vizier Jafar (Marwan Kenzari), who wants to overthrow Jasmine’s father and become the Sultan himself, convinces Aladdin to retrieve a magic lamp hidden in a cave, offering him riches in return. But things don’t go quite as planned. When Aladdin rubs the lamp and unwittingly summons the Genie (Will Smith) who lives inside, the powerful Genie grants him three wishes. Aladdin must figure out how to win Jasmine’s heart and defeat the power-hungry Jafar while making the best use of his three wishes along the way.

The plot is mostly faithful to the original, with only a few minor changes. Jasmine now wants the throne, and the Genie has a love interest, but these changes don’t alter the story too dramatically. It is hard to deny the nostalgic draw of this project. Those who grew up with the animated Aladdin will surely find themselves emotionally drawn towards this remake. The film has a lot of familiar elements and is a colourful spectacle that fans of the original will enjoy. But as a movie, this project does falter on many counts. Director Guy Ritchie doesn’t do anything particularly inventive with the material and the filmmaker’s decision to muddle up Arabian and Indian aesthetics is disconcerting. A western view of the eastern world that conflates different cultures as well as makes the suggestion that people of colour are interchangeable seems downright problematic.

Scott, who tries a little too hard throughout the film, sticks out. Her looks, outfits and performance are more in tune with Bollywood than Arabian Nights. It also doesn’t help that her character is given a new, standard pop song, Speechless, the style of which simply feels out of place in the musical. Also, the computer-generated imagery (CGI) isn’t exactly stellar and Jafar’s pet parrot, Iago, isn’t particularly well rendered. Abu isn’t as adorable as he should be either and the effects used to turn Smith into the swirling Genie are, at times, a little odd.

Smith’s take on the Genie, however, is the stand-out performance. The actor is charismatic in the role, and the film doesn’t really come to life until he finally appears on screen. Smith doesn’t try to imitate the incomparable Robin Williams and manages to make the part his own while honouring the legacy of the original. Some of the casting choices work better than others. On one hand, Massoud makes a charming Aladdin; on the other, Kenzari is woefully miscast as Jafar. As a result, Aladdin is disappointingly uneven.

The film had a tough predecessor to live up to, and it simply isn’t as vibrant or joyous as its 1992 counterpart, nor does it do anything creative enough to justify its existence. Like all of Disney’s live-action adaptations so far, this one too leaves us wishing that they had done something original instead. Sure the studio is making bucket-loads of money, but they have yet again failed to deliver the exciting, imaginative cinematic experience that the audience deserves.