Godzilla: King of Monsters is not great but delivers what it promised: monster action 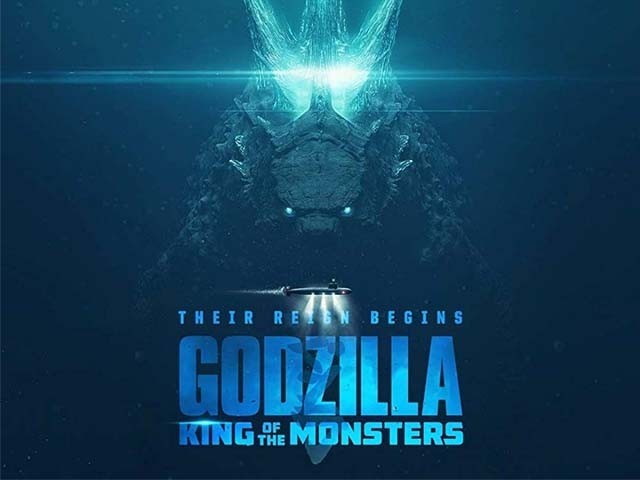 While most of the characters are generic cardboard cut outs, Kyle Chandler and Millie Bobby Brown give strong performances. PHOTO: IMDb

Cinematic universes are all the rage these days, and staying true to this enduring trend of our times, Legendary Pictures has brought two of America’s most well-known movie monsters, King Kong and Godzilla, under one roof in what they call the MonsterVerse. Now most cinematic universes tend to get stale with the progression of each inter-connected film due to the heavy-handed interference of studios themselves, who care too much about uniformity, marketing and selling the film like a product.

The MonsterVerse – which till now has given us Godzilla (2014), Kong: Skull Island (2017) and now Godzilla: King of Monsters – however stands out as one of the few exceptions. It seems like a franchise where studio interference is minimal and young independent filmmakers like Gareth Edwards and Jordan Vogt-Roberts are given a relatively free hand to amalgamate their ideas, themes and styles into the spectacle of block buster filmmaking.

Godzilla: King of Monsters is no different. Michael Dougherty, like previous directors in this franchise, has mostly directed small-time independent films and low-budget horror hits like Trick ‘r Treat and Krampus. But more importantly, he seems to be someone who understands the broader dimensions of good big-budget filmmaking; which includes not just entertaining the audience but also giving them something they haven’t seen before. Now, one of the most glaring and rightful criticisms of the 2014 Godzilla was the lack of screen time the titular creature had, which was about 30 minutes out of a nearly two-hour runtime, meaning Godzilla was a supporting character in his own movie. This film makes no such mistake and instead doubles-down on these criticisms by not just giving Godzilla the bulk of the screen time but also unleashing a plethora of monsters for him to contend with which include, Mothra, Rodan, and the three-headed King Ghidorah. Those familiar with the Japanese Godzilla movies will be more acquainted with these names than others.

The story is fairly simple. Vera Farmiga plays scientist Dr Emma Russell who works for Monarch, the crypto-zoological corporation that acts as a common point for the movies in the MonsterVerse. She is kidnapped by a group of ecological terrorists led by the nefarious Alan Jonah (Charles Dance) who wants to use the agency’s sonar device, which Russell created, to awaken all the monsters (or titans as they are referred to here) around the globe, thus setting up a literal clash of the titans.

With the fate of the planet hanging in the balance, it’s up to Russell’s estranged husband Dr Mark Russell (Kyle Chandler) to work with a group of Monarch scientists in a bid to retrieve the device, and possibly help Godzilla defeat the other monsters. The plot in question is paper-thin and predictable. There’s a not-so-subtle climate change metaphor thrown in for good measure, and the character drama is so basic and watered-down that it could have been written just as well and cheaply by a soap opera screenwriter. However, this is a rare case where this becomes a strength rather than a short-coming. By keeping the plot down to bare minimum, Dougherty manages to focus on what really matters –monster versus monster smack-down –and proves to be a filmmaker of tremendous vision.

The film looks gorgeous, the visual-effects look amazing while the cinematography evokes biblical imagery, and the saturated and bold colour palette stand out in their own unique way. The action sequences illicit an epic feel through some pretty ingenious use of music and sound design, and are not just unrelenting in nature but also quite beautifully staged. And while there’s no denying that most of the characters are a who’s who of generic cardboard cut outs, Chandler and Millie Bobby Brown give strong performances which certainly make an impression.

Godzilla: King of Monsters is by no means a perfect film. Heck, it’s not even a particularly great film. But the best thing about it is that it knows what kind of movie it is and delivers on the kind of expectations a movie-goer would have from it. It is a supremely entertaining and enjoyable ride from start to finish. Nothing more, nothing less.