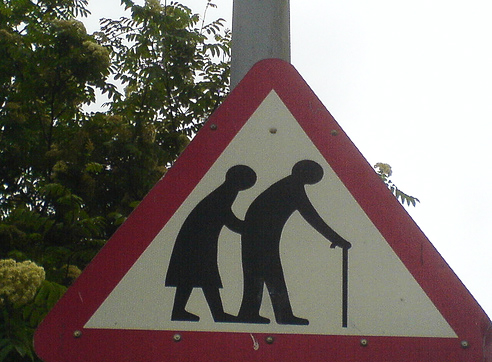 In Pakistan people past the retirement age often waste away their time in useless activities.

Everyone in Sargodha knows Master Bashir. His political vision, analytical skills and power of expression have transformed him in to a local celebrity. He is like a living encyclopedia. No matter what the subject of debate – Master Bashir is the man to settle it. He reads national newspapers headline to headline, even the classified section and tender notices! Nobody can beat him in a game of cards, ‘gilli danda’, ‘12 got’, ‘9 got’, ‘bante’ or any other amateur street game.

Master Bashir starts a lecture on morality whenever he sees a couple chatting. He hates co-education and often lectures on the merits and demerits of ‘gender issues’ and their impact on society. But after some time he becomes an immortal lover and shares his affairs with his buddies. Whenever a girl passes by, he describes her attributes in intricate detail.

Master Bashir is a retired primary school teacher who just celebrated his 63rd birthday. Such old men can be found all across Pakistan. With little else to do, they can be seen lecturing young men, hiding from their wives or harassing young women at bus stops.

I am not satirizing elderly people or attacking them through irony. I have great respect for them, but let’s compare elderly people here and  those in the west. Unlike Pakistan, elderly people in the West enthusiastically take part in day to day activities. They perform activities such as gardening, drawing, painting, walking and cycling. In addition, Western countries have facilitated elderly people in well managed old homes where they carry out different activities to keep them mentally and physically fit.

In Pakistan, a handful of nursing and care homes are working for the rehabilitation of the elderly. But we know that we cannot leave our elderly in isolation owing to our family system. Moral and religious values also forbid us to do so with our elderly.

In Pakistan people past the retirement age often waste away their time in useless activities. PCB Chairman Ijaz Butt’s age is controversial these days. In the recent Airblue tragedy, some sections of the society are blaming the age of Pervaiz Iqbal, the pilot of the aircraft. Reports indicated that he was aged 65 and had retired from PIA.

Retired bureaucrats from the Ministry of Foreign Affairs, armed forces, judiciary, and education and ex-government officials are frequently seen on different talk shows advocating their point of views. Most of them speak aggressively on their topic of interest affirming statements and asserting opinions.

Such men talk about all they have done in their lives. They disclose official secrets and insult talk show hosts. They have actually served the country till their retirement. They give the impression that they have the best possible solution to society’s problems yet does anyone ever ask them why they never used their so-called analytical skills when their country needed them the most.  No one today may be benefiting by their discoveries – they are just casting oil into fire.

We need to give due respect to elderly people but we must also engage them in task oriented activities for proper rehabilitation, because as the age-old adage goes: “An empty mind is the devil’s workshop”.

Note: Master Bashir’s name has been changed to protect his privacy.

A Sargodha based sub-editor at Express News

Plight of Punjab, plight of Pakistan