No I don’t pray jummah 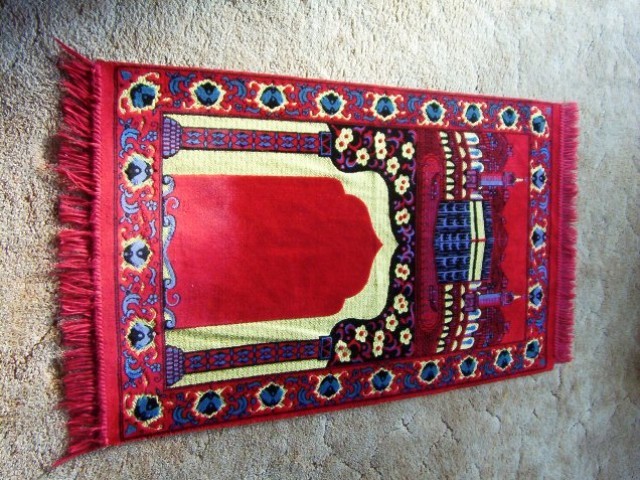 I am 23-years-old, and I am ashamed to admit that I do not know how to pray.

It shames me to admit that I don’t offer my prayers. This is not because I am a non-Muslim, nor is it because I do not want to pray. Truth of the matter is that I don’t know how to offer my prayers. I am 23-years-old and I am still not sure about the number of farz, sunnat, and nafal to offer with each namaz. In the past, I have tried to cover up my ignorance by making excuses.

However, the day Shahbaz Taseer was abducted was the day I stopped hiding.

I had joined a new firm in the month of Ramazan, and was welcomed by a very religious environment. My co-workers naturally assumed that I would join them for prayer everyday, but I did not know how to pray. To hide my shame, I kept making excuses to not pray.

“I will offer my prayers at home” I sometimes said.

Other times I just skipped out during prayer timings, so as not to be cornered and questioned.  When the probing  got intense, I often contemplated the idea of going to the mosque and copying the actions and motions of other people. However, even though I don’t know how to pray, I am still a Muslim. Being a hypocrite in a mosque just did not sit right with me.

So there I was alone in the office at jummah namaz time when my eye suddenly caught sight of the words ‘Taseer’ and ‘abducted’ on the online newspaper. I stiffened in my chair as I read the tragic news that Shahbaz Taseer has been abducted. I conveyed this news to my colleagues as soon as they returned from jummah namaz, expecting an uproar and a fervent discussion. However, all I got was:

I could not solicit a greater response than “acha”, “hmmm” and “maybe you are taking his abduction too seriously.” One of my colleagues stated that dozens of people get kidnapped everyday to which I replied that this was a high profile case and and can be related to Salmaan Taseer’s murder. He, however replied:

“Salmaan Taseer was rightfully killed as he was ghustakh e Rasool and Qadri is ghazi.“

Appalled, I replied that all Salmaan Taseer did was question the law made and passed by the parliament of Pakistan, not Allah or his Messenger.

This was, apparently, the wrong thing to say.

At length, one of the two bearded men in the room stated:

“Do you even know what Salmaan Taseer said on TV?”

The other bearded man immediately voiced his opinion by stating that Shahbaz Taseer has been rightfully abducted as his father was a blasphemer.

To this I just had to reply:

“On every forum he only questioned this man-made law. Never did he question Allah’s or the Prophet’s authority.”

The elder bearded intellectual went on to quote several verses from Quran which calls for a blasphemer to be killed. I am no authority of Islam; I was trying to prove my point by stating what I learnt in my O’ level Islamiat class – what Islam actually stands for.

However, I was interrupted by an allegation that made my cheeks flame red. The younger bearded man stood up, pointed his finger at me, and shaking in rage, he stated:

After his allegation had sunk in, I made one last move to defend myself. I calmly stated that I was arguing over one man-made law. This has nothing to do with the Shariah.

The elder bearded man dismissed my speech and interrupted me by saying:

“He doesn’t even offer prayers. Forget about him. There’s a lot of work to be done.”

I was shocked. How are prayers related to blasphemy? Where does the Quran say that one who doesn’t know how to pray is a blasphemer? For the remainder of the day I was ignored; no goodbyes or Allah hafiz’s were exchanged with me. There was no conversation whatsoever.

I was very upset when I got home. I watched some TV, ate my dinner and went to bed. However, I just couldn’t sleep. I kept thinking about why my praying or not praying is so important to other people. There are more pressing issues  such as ethnic violence, abduction, murder, looting, floods, dengue, and so many more. Yet, why are people so bothered about my praying habits?

It was then that I realised that I am answerable to God alone, and social pressures should not be the only reason I should offer my prayers. I, thus, made the decision that I will nott offer excuses any more – I won’t lie. Praying is something personal an no one has the right to judge a matter that should be judged by Allah alone. God will punish me if He so desires. The people who work at my office do not have the right to tag me as a non-believer.

August 26 was, thus, the last day I made an excuse for not offering prayers. Now, if the question of my namaz ever pops up, I politely reply that it is my personal matter.