What not to do when disaster strikes 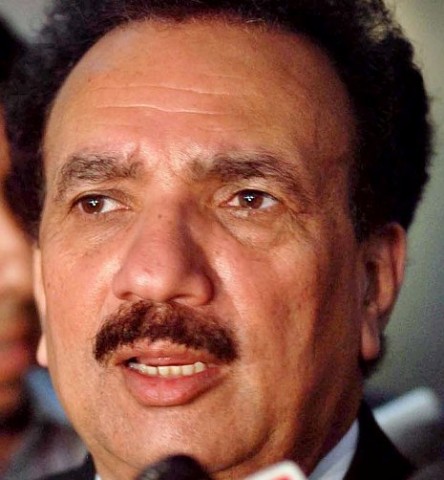 Pakistan is mourning the loss of 152 people in one of the deadliest and tragic air crashes in the country’s aviation history. Such accidents always leave a trail of distressing tales behind. The front pages of newspapers carried poignant stories about the lives and plans of victims. It was saddening to read however, that like every other unexpected tragedy in Pakistan this one shocked the authorities and the nation alike.

Interior minister Rahman Malik also acted in a highly unprofessional manner by raising the hopes of people, especially the families of the passengers who were anxiously waiting to hear word about their loved ones, when he claimed that there were 5 to 7 survivors on TV.

Whenever a plane crashes with such impact, the hope of survival is minimal. But since hope is an innate trait and human beings tend to have it in abundance we believed what our interior minister claimed. Later reports revealed that in fact, not a single body was found intact.

Rumors mongers were also at work on that tragic day of the crash. People need to recognize their responsibility and should refrain from forwarding text messages carrying unverified news. An ill-humored text message originating from Bannu on the night of February 12 2006 claimed a dam burst which triggered panic in all and sundry. Hundreds of people literally spent the night on streets, many tried to flee the city while amid that chaos two elderly people died of heart failure. It is better to verify the news before passing it on via texts or other sources.

While I appreciate the independent media and vociferously denounce any curbs on its freedom sometimes I feel that they ignore ethics and run over peoples sensitivities. An animation of the air crash – which ran incessantly on the news bar of some popular news channels – would leave a bad taste in any sensible persons mouth. Not only was it was a crude and ugly reminder of the painful incident, the animation had turned that sombre event into a childish cartoon fantasy. You would never find such things any foreign news networks in times of such tragedies.

The media seemed to be whirling in uncertainty with contradictory reports about the black box which kept surfacing all day long. A black box is a crucial piece of evidence in determining the cause of a crash. Some media reports quoting aviation officials have already blamed the crash on pilot-error. It is too early to come to any conclusions just because the captain of flight ED-202 was 65-years old. Or that he wasn’t used to flying on the Karachi-Islamabad route or maybe had insufficient assistance from the control tower.

Let the six member committee probe the matter and determine the cause of the crash although such reports hardly bear any revelations and it won’t be surprising if the report also concluded that the pilot totally misjudged the situation and hit the hills covered in fog. After all it is easier to blame the dead.