#TherapistDiaries: How toxic masculinity impacts fatherhood and other relationships 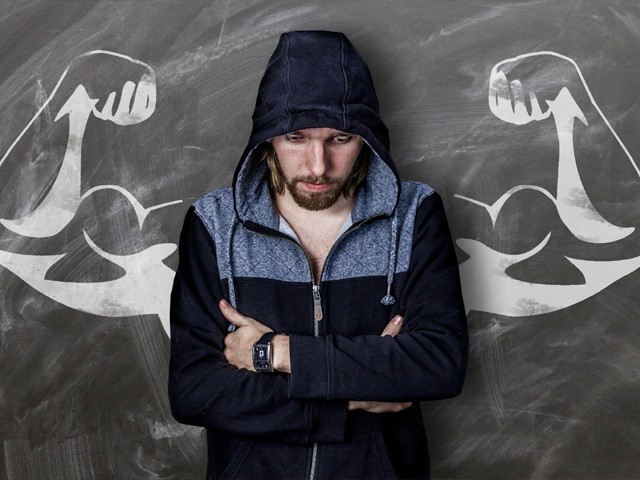 Who is the strongest man in your life? Did your response comprise of somebody in an authoritative position over you, irrespective of your gender? And what is it that makes this person ‘strong’ in your perception?

I remember a time when a certain male cricketer from across the border cried during a match after being slapped by another player. It was in the news for days and we all laughed our hearts out at his tears. Whenever men express their feelings, we call them names that somehow prove they do not fit the golden category of (toxic) masculinity known as ‘macho’.

Macho man (asli mard in Urdu slang) is defined as somebody who is tough, needs no help, is of a strong built, and knows how to fight or slaughter animals. It is best if he wears some uniform, eats meat, saves women from other macho men like himself, never cries or admits pain, doesn’t know about feelings and never talks about them, and is basically a protector who doesn’t require any care or protection himself.

You don’t need to think hard to find examples of macho men around you. For instance, macho is someone who refuses to use Gillette products just because they openly challenged violence against women in a commercial. Macho is a guy who lashes out, resorts to violence and bullying when he feels vulnerable. Macho is a man who believes in oppressive discipline and traditionally set values, and in order to preserve these he would resort to any extreme: honour killing, homophobia, transphobia, domestic violence and so on.

Do you know such men in your life? Probably.

My entire practice as a clinical psychologist is an observation of this Macho Man Syndrome and negative masculinity. Men come for therapy because their pasts and lives have been scarred by the machismo of their fathers. Young boys desperately seek out help and beg to stop their macho dads from beating their mothers so much that they fear losing them.

It is not uncommon in my practice to meet vulnerable boys who report that their mothers are beaten not only by their dads but by their paternal uncles as well. People come with depression, anxiety and other disorders but the root causes are inherited in these experiences.

Shazia*, a severely depressed teenager, showed me her suicide letter in our very first consultation. She was so depressed that she could not function normally. During our sessions I got to know the horrific details of physical abuse her dad would inflict on her as a child, as well as upon other family members. She would get enraged and disgusted by the mere mention of his name.

Her therapy focused on resolving this trauma and her relationship with her father. In a couple of months, she realised that her father had always struggled with depression and feelings of professional inadequacy. Instead of ever sharing this or seeking help, he chose violence to deal with it.

On the contrary, men who somehow don’t fit the traditional and biased model of masculinity are never labelled as macho. The reason men so dearly want to hold on to this label is the desirability it holds in society. A man perceived as macho would be considered a leader even if he knows nothing about leadership. He would be lauded at the workplace as an outspoken and confident person. In families, the macho man is used as a tool to inculcate fear and submissive behaviour. In peers, either you prove your machismo or you become the victim of bullying and the centre of jokes.

Men who study arts and humanities as careers are frowned upon regardless of social privilege because these areas of study aren’t perceived as macho. Men who don’t cuss or fight aren’t either, and are given titles like phattoo (coward).

Thus, if men want to fit in and avoid social isolation, they have to go along with the macho image.

The men who don’t fit this model and unknowingly challenge negative masculinity are considered homosexuals or trans, and gay men and transgender men are so triggering for macho men that they become targets for labels like ‘impotent’ and ‘na mard’. Violence against these groups is also extremely common, while religion is used as a tool to cover up the insecurities and discomfort negative masculinity from men who are different.

According to the American Psychiatric Association (APA), negative masculinity inhibits men from seeking mental health treatment, which is one of the leading causes of the high rate of suicides in men across all the researched cultures.

Research by APA’s masculinities division tells us about the horrible impact it has on fatherhood and intimate relationships. Furthermore, it disables men from forming true and deep attachments with other men, and it discourages them from forming friendships with women. Men who don’t have female friends cannot see women as equals and experience difficulty empathising with them. But when a man does not have male friends either with whom he can share his feelings, then where would he go for catharsis?

Sheraz*, a 35-year-old male, was forcefully brought by his family to seek therapy. He had attempted suicide countless times but wouldn’t share the reason with anyone. He grew distant from his family and friends. Buried himself in work and did overtime as well, until one day he lashed out and quit his job. He remained hesitant to speak about his feelings and was shocked to know that I worked in a profession centred on fixing emotions and the mind. His exact words to me were:

“Why would anyone waste their money for being a sissy in front of a lady?”

He left therapy, only to come back a few months later with a much worsened condition.

He told me he was sexually abused as a child and when he told his father, he shushed him. Instead of comforting him, his father blamed him for being so vulnerable. He was devastated and shared the incident with his best friend at school, who told the entire class. He was then bullied until he changed schools. His condition was triggered after all these years because one of those bullies was employed at his workplace. He shut himself down because it was either this or drowning his feelings in alcohol, like his father did.

In this kind of hostile culture, where young boys’ role models are men who define masculinity with wrong notions, we desperately need counter narratives.

Abdul Sattar Edhi is an example of a counter narrative. He was the embodiment of healthy masculinity that included vulnerability, emotional intelligence, care and love. It was his balanced masculinity that allowed him to bow down and ask for charity and achieve what he did.

But I bet Edhi never comes to mind when you think of ‘masculinity’.

In the beginning of this piece, I asked you to think of a strong man in your life.

Did that person fit the description of negative masculinity and machismo? If yes, then you need to unlearn the biased concept of masculinity that was inculcated in you and contribute to counter narratives in masculinity.