Game of Thrones: From great and glorious to passable and forgettable 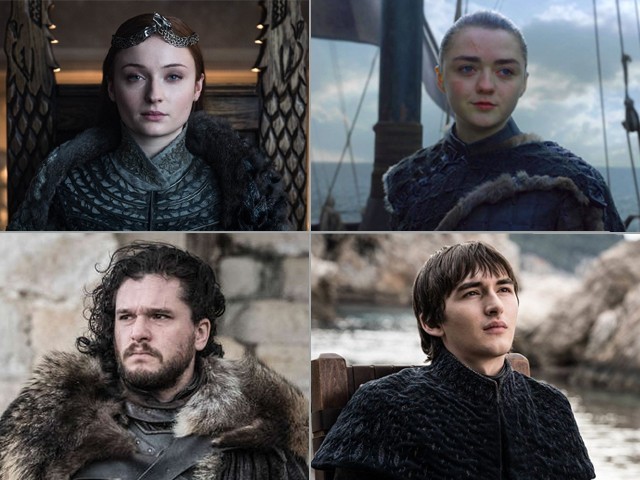 While some loved the final season, some were indifferent and most just hated it.

Winter has come and gone for the first time since 2011, as an epic saga comes to a close and the band plays the outro to the fervent song of Ice and Fire one last time.

Game of Thrones is not just another TV show but a global phenomenon, and with millions of people watching throughout the world, expectations from the final season kept skyrocketing. Now that the finale has finally aired, we can discuss whether or not it was able to meet those expectations.

The following are the highs and lows of the GoT’s final season: **spoilers alert**

Jon Snow is a beloved character and he deserved an ending that justified his entire journey. Although many were set on making him the King of the Seven Kingdoms, it was quite apparent from the beginning that Jon didn’t have any desire to rule. He does always try to do the right thing however, and in the finale the right thing for him was to kill Daenerys Targaryen. He is consequently sent to the Night’s Watch but ends up leaving with the Wildlings, hinting he may become the King Beyond the Wall. Although it was disappointing that being a Targaryen did not seem to matter at all and the Azor Ahai prophecy fell flat, but Jon did reunite with Ghost, which was truly a heart-warming moment. 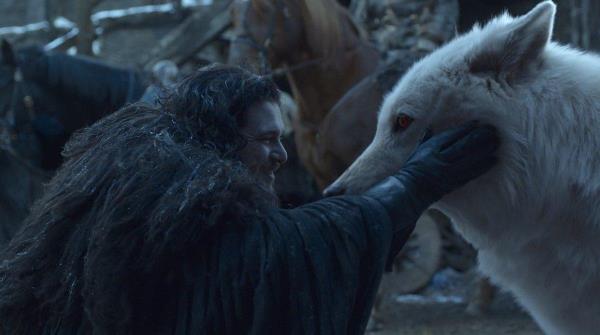 Then WTH was the point of setting up Jon Snow as a bastard, getting brutally killed, coming back to life, then finding out he was a Targaryen, all of that only to send him BACK to the Knight's Watch to defend against what?! The Night King is DEAD! Horrible writing. #GameOfThrones pic.twitter.com/XejQZxKBUX

It was in GoT’s second season that Tyrion Lannister became a truly iconic character, as we see him survive against all odds. It is Tyrion who ensures Dany doesn’t burn any more people by convincing Jon to kill her, and then he basically handpicks the new King of Westeros. The entire finale rested on Peter Dinklage’s shoulders, who gave an amazing performance. The scene where he discovers the dead bodies of his siblings and breaks down is particularly gut-wrenching. 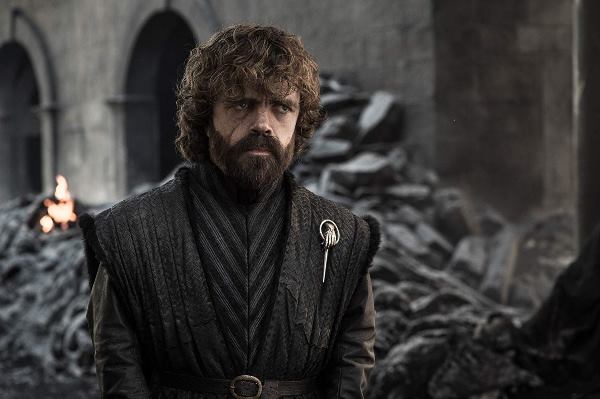 Tyrion says Westeros khappay after the rightful queen dies, installs himself as the power behind the throne, exiles the legitimate heir, and gets his buddy as master of coin… pic.twitter.com/Lg9G30pUti

Although the writing for the final season has been heavily criticised, no one can raise a finger against its production. The cinematography, the detailed set-pieces, the battles, the burning of Kings Landing, and the brilliant performances all made this season bigger than all of the rest combined. I don’t think we will ever get another show with such high production values. Maybe the prequel series can top it, but it seems highly unlikely. 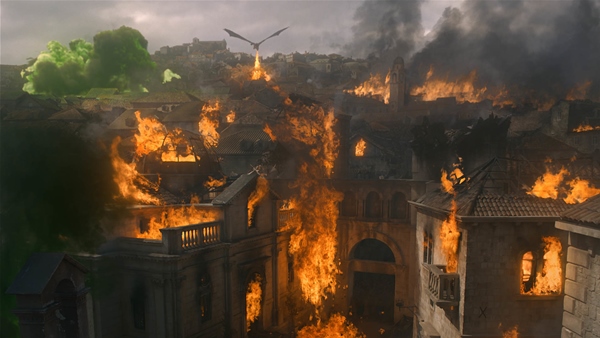 At least we know that the cinematography department EARNED their paychecks! #GOT pic.twitter.com/u6KPIbeikY

Sansa Stark’s journey has definitely been a rollercoaster ride that has led to a brave and strong leader who genuinely cares for her people. Sansa finally gets to be the Queen in the North, now an independent territory thanks to her. The extremely hostile circumstances she found herself in after her father’s death moulded her into a strong woman and watching Ned Stark’s daughter leading the North was very satisfying. 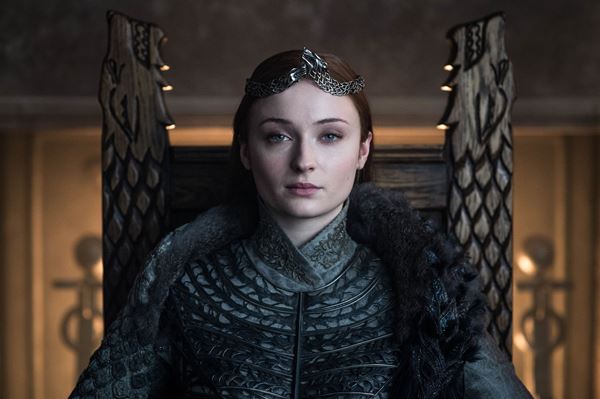 Probably the most spectacular scene in the finale was when Drogon realises his mother is no more. As he stands over Dany’s dead body and tries to wake her up, it is hard to not feel sad for the creature. Jon prepares for his impending death by dragon fire, but Drogon instead burns the Iron Throne, indicating he is aware that the drive to the throne is what cost Dany her life. 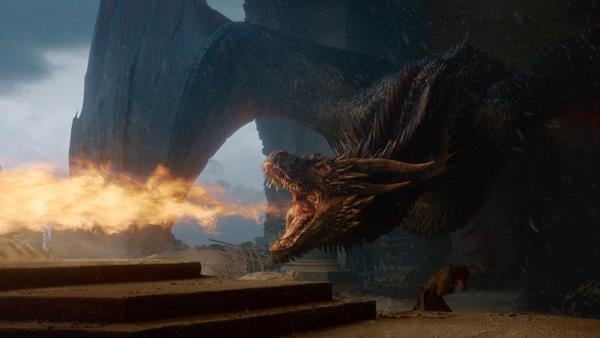 Bran Stark being chosen as the King of the Six Kingdoms was perhaps the biggest kick in the gut for the audience. A character not even featured in one entire season (the fifth) ended up becoming king. There was also no real struggle here – Bran was handpicked by Tyrion out of the blue. What about Jon, or Sansa, or literally anyone else? The kid who only controlled a few crows in the Battle of Winterfell will now rule over six kingdoms. I also don’t buy Tyrion’s “having a story” theory, because literally everyone had a better story than Bran. Basically, if someone ever asks who won the game of thrones, I will embarrassingly have to reply with Bran Stark’. Kill me now! 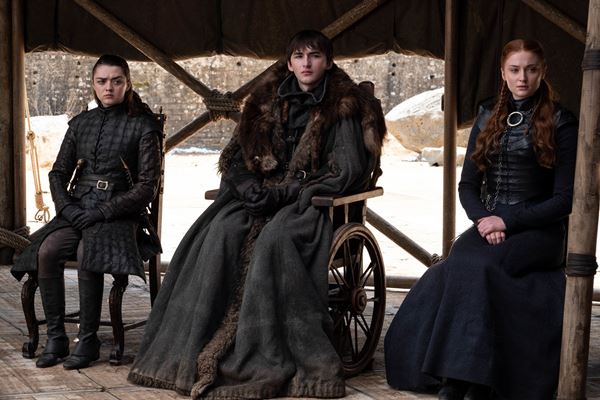 When you don’t contribute in the group project & still get an A #TheFinalEpisode #GOT pic.twitter.com/UwsAC1JYLH

TYRION: People love stories. And no one has a better story than Bran

ARYA, WHO LEARNED SHAPE-SHIFTING AND MURDERED THE INVINCIBLE ICE KING OF DEATH: Bran has what now

Although I liked seeing Daenerys turn into the Mad Queen, the writers failed to shed enough light on what drove Dany into such madness. I don’t buy that she saw a friend’s head being chopped off which drove her so insane that the “Breaker of Chains” went ahead and burned down Kings Landing. I was hoping the finale would have a proper rebellion against her or something major, not for Jon to just go and stab her. Dany didn’t deserve such an empty death. Also, these are two major characters supposedly in love and yet the entire scene did not have any emotional depth at all, and felt like a formality instead. The whole Mad Queen arc was an opportunity wasted. 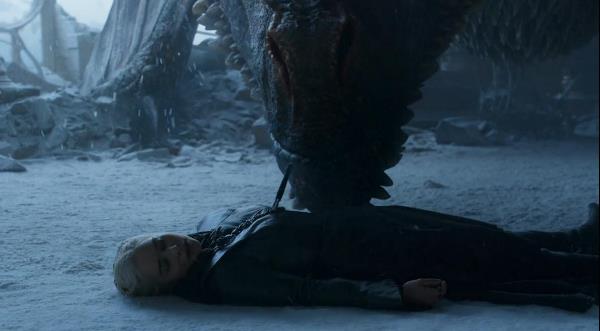 Arya Stark is a warrior and a skilled assassin who single-handedly saved the entire world by killing the Night King. How does the show send her off? By putting her on a boat to search what’s west of Westeros. Is HBO planning an R-rated ‘Arya the Explorer’ spinoff? I also wish they had given Arya more to do in the finale, given that we don’t see her use her skills as a Faceless Man at all. 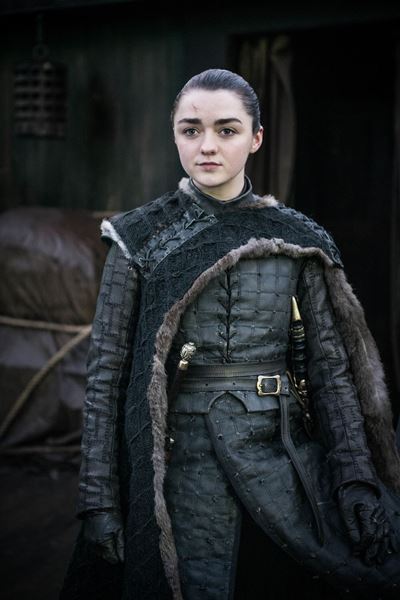 *Arya, standing next to the world's living memory and the greatest CCTV to ever rule the six kingdoms*

There is no doubt that the eighth season, quite like the seventh, was too rushed. I wish the producers had stuck to 10 episodes a season, which would have given more time to actually develop stories and create impact instead of the loose ends we see now.

The finale also committed another mistake by giving us a time jump right after Dany dies instead of showing us the reaction to her death. It felt as if the creators just wanted to be done with it all. The slow burns, the political games, the conspiracies and the mysteries that made us fall in love with GoT were completely destroyed this season. The true essence of GoT has been lost entirely.

Fans had waited for Cersei Lannister’s death for such a long time, we naturally expected she would meet an unforgettable end (remember Joffrey being poisoned? Ramsey being fed to his dogs?) I was expecting something big, but instead towards the end I felt quite bad for Cersei. Killing her and Jaime because the ceiling falls on them? This is not Twilight – it’s GoT! That Titanic ending felt too easy given how evil Cersei had become. 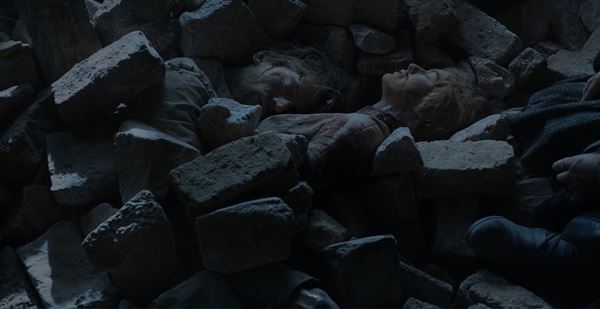 So Jamie and Cersei could have lived if they moved a little to the left?

Similarly in Dany’s case, the Mother of Dragons was killed in mere seconds. It seemed like a prank to say the least. These characters deserved better writing and well thought out deaths which should have been engraved in our memories. Instead, we got deaths that made us laugh out loud in disbelief. Makes you remember the good old days when even a character like Tywin Lannister being shot made the audience feel something.

I wish the Night King would have just killed everybody

Everyone has a right to their opinion. While some loved the final season, some were indifferent and most just hated it. However, I’m sure all of them will agree that GoT is the most popular and highest grossing show ever to be aired on TV. While we may have our reservations, it doesn’t mean the show won’t be direly missed.

This episode was written and directed by Catelyn Stark. Sansa is queen, Arya is doing her thing, Bran is king and Jon the bastard is exiled and forgotten…#Gameofthrones pic.twitter.com/qI9yRAncHU

Generations to come will watch this show and the characters will live forever while dialogues like ‘Winter is coming’ will be quoted till eternity. For us fans, this was a decade-long journey that we chose to embark upon, one we will never ever forget.

I would like to thank the entire cast which helped bring these amazing characters to life, the producers who made this show larger than life, and George RR Martin, whose mind conceived this entire world.

Will I ever be able to move on from GoT? Ask me again in 10 years.