The dream that could never be – part 3: A wolf at every turn 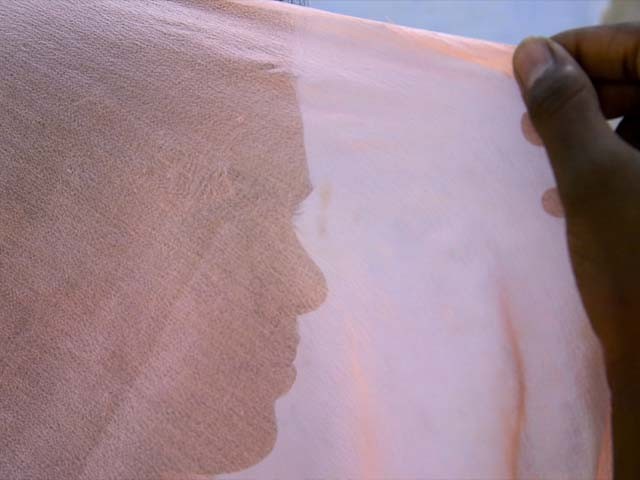 Although she was not scared of him, his presence at her door was quite unexpected. PHOTO: GETTY

She had woken up sweating heavily, vividly remembering his foul ragged breath on her neck and the abnormally large splinter just a step behind her.

The next day, her baji had sent her to clean her late father-in-law’s old study in the formerly off-limits part of the house. The place was covered under ages of dirt and was teemed with insects. Samreena had been extremely scared to even step foot there until she found that golden brooch.

(Samreena! What is the situation up there? Quickly come downstairs and update me. Have you gone to sleep?)

Asma baji’s loud inquiry alerted her and she ran downstairs.

(Baji, I found this upstairs. It’s yours, right? Is it made of gold? It is very beautiful!)

She showed the brooch to her baji who took one look at it and said,

(You keep it. Don’t know whose litter it is!)

Ecstatic, Samreena thanked her profusely and ran off to clean the place. That night, she couldn’t sleep and kept finding places to hide the brooch as if it were a treasure worth stealing. Not realising that the treasure worth guarding was not the brooch, but something else.

It was the first time since her arrival in the house that Asma baji was going away for a week. Samreena was sad to see Salik go with her.

(Chores should continue as usual. I won’t accept any carelessness. Dare you wander around in the house at night. Don’t go upstairs at any cost, there are enough people upstairs to tend to sahab. If you do anything wrong Samreena, I’ll hand you back to Rahim. He comes to collect money for your mother as it is.)

It was almost midnight. Samreena sat in her room, playing with the brooch when somebody gently knocked on her door. Hiding the brooch behind her back, she stood up and peered through the window. All she could see was a shadow. The knocking continued.

Recognising Ammar bhai’s voice, Samreena heaved a sigh of relief. She opened the door and found Ammar bhai standing in the doorway. Although she was not scared of him, his presence at her door was quite unexpected. He had never come to her quarters before.

(There’s no one at home right now and Asma has given you a room so far away. I am tired of calling out your name. Make me a cup of tea and bring it up to my room.)

Samreena pinned the brooch to her dupatta and went to make tea for him. As she watched the brewing pot, she felt the hair on the back of her neck slightly rise. She checked around. Nobody was to be found. As she climbed up the stairs bringing Ammar bhai’s tea, she felt watched and followed. Spooked, she increased her pace and reached the bedroom door.

As she knocked and entered, she found herself in a dark room and seemed empty. She set the tray on a side table and turned to leave when she saw his silhouette in the mirror in front of her. She tried to make a run for it but he grabbed her. The door seemed eons away. She screamed on the top of her lungs to alert the guards she knew always patrolled the gates.

(Everybody is off today. Only you are on duty.)

After a struggle of what seemed like hours, little Samreena finally slumped under his vice-like grip. He tore the shiny golden brooch off of her, forcing himself on her.

Just when she thought all hope was lost, the bedroom door flew open and someone rushed through, screaming and attacking Ammar. Samreena wriggled free and crouched against the wall, her legs too meek to run away.

She recognised the man as Rahim chacha. She felt frozen to the spot. In the room’s dim lighting, she couldn’t figure out who was winning. Suddenly, a vase broke and someone screamed. Rahim chacha scrambled to get up and Ammar’s unconscious body slid down onto the carpet.

(Come on stupid! Why are you standing there? Rush to the back gate. I am coming there.)

Samreena did as she was told. Hours later, she was sitting in a small house outside the city. Sitting on a charpoy, she was sipping water brought to her by a little girl about her own age who called Rahim chacha, Abba (father). Two ducks squawked nearby. But Rahim chacha was nowhere to be seen. The little girl was now sitting on the edge of the charpoy, staring at Samreena. She hadn’t uttered a single word since they had arrived. She just did as she was told.

After a while, she was taken to a room to rest. The quiet little girl had laid out some clothes for Samrena and told her in sign language to take a bath.

Refreshed and relieved after the bath, Samreena waited for Rahim chacha to ask him what she was to do next but he didn’t come back all day.

(I was afraid of chacha for no reason. He would take me on Amma’s insistence. Chacha has always saved me. Today I’ll request him to keep me here as his daughter.)

As dusk, he returned not alone but with three men. He signaled to his daughter to go inside and take Samreena with her. They could hear them talking outside for some time.

Then the door opened and Rahim chacha came inside. He looked at his daughter meaningfully, and she got up and left. Samreena sat up straighter, waiting for him to speak. He looked at her for a while and then reached into his pocket and presented the brooch.

Reluctantly, she took it. He sat down near her.

(Look, this world is not inhabited by human beings, but by wolves. I would try to make your mother understand but since she herself isn’t a good woman, what will she teach you. I was also at fault for making you beg, made you work, but not anymore. You are not safe anywhere. Now you will stay here with Salma and I. Is that okay?)

In that moment, she finally felt her fear fade away. She was finally able to look him in the eye. Happy at her reaction, he said smilingly,

She wrapped the dupatta around her head and smiled at him. He got up, walked to the door, opened it, and said to the men outside,