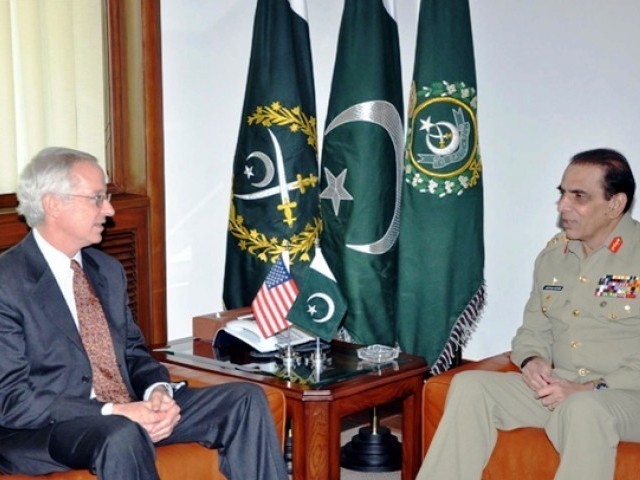 Pakistan needs to pay attention to the statistics to understand that the constant bickering between Washington and Islamabad is exactly that – bickering.

It seems the world has moved on. While Europe is busy trying to save its drowning economies and make sure the Euro doesn’t fall, Middle Eastern states are basking in the light of Arab Spring. But almost a decade on, we are still floating in the abyss created by the war against terror.

Let’s face it: Pakistan is a conundrum for the US.

We are like the US’ illegitimate relationship which it cannot live with or without.

Pakistan’s geopolitical value makes it a clinical yet irritable factor in this war against terror. What the US needs to understand is that it will be naive of them to expect Pakistan to emerge victorious in this battle if Pakistan continues to face multiple threats — the endogenous threat of home-grown militants trying to destabilise an already weak state, together with the eminent threat that the US could launch another unilateral strike threatening the sovereignty of the country.

Meanwhile, Pakistan needs to pay attention to the statistics to understand that the constant bickering between Washington and Islamabad is exactly that – bickering. A recent Gallup poll revealed that the approval rating for President Barack Obama have plummeted to 41 per cent as opposed to 69 per cent in 2009. The US Congress cannot afford to use the American tax money on another war, given the fact that former president George W Bush left office as one of the most unpopular departing presidents in history, according to a new CBS News/New York Times poll showing his final approval rating at 22 per cent — after his war-against-terror shenanigans in Iraq and Afghanistan.

Never mind the millions left marooned in the flood-hit areas of Pakistan and never mind the millions unemployed in the US — the war trumps all? No. Statistics suggest the US cannot afford another war. The statement by America’s recently-retired Chairman of the Joint Chiefs of Staff Admiral Mike Mullen startled everyone. Mullen said it, for crying out loud. Didn’t we all know that less than a week from making this statement he was hanging his boots? He is not in office anymore, but before leaving he gave us something to remember him by.

Pakistan now stands as a state born out of the political wedlock of the war against terror and countering that menace. While we continue to wonder whether she loves me or not, the US remains as confused — perhaps more.