Pakistan and India have cheap labour too, so how is Bangladesh surpassing them? 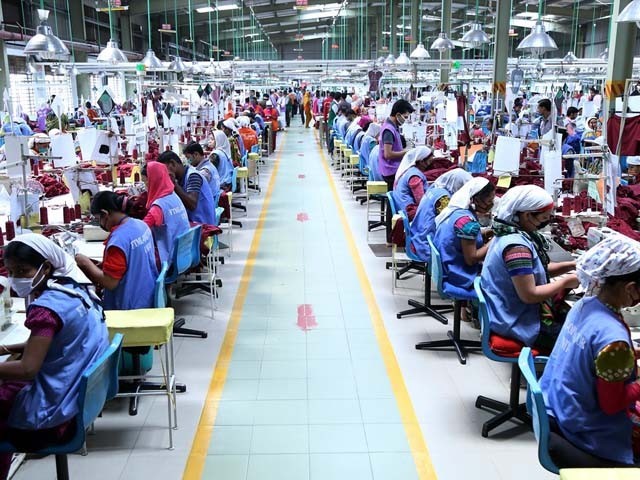 Both India and Pakistan have cheap labour too, so why is it that only Bangladesh has taken massive strides when it comes to garment exports? PHOTO: IPS NEWS

Lisbon, Portugal, is a scenic and hilly city which has preserved its old Christian traditions and has a hint of romance to it. It’s also rare to come across any South Asians there, unless it’s a Bangladeshi. So is the case in Madrid, Spain, where I lived for some time. From the deserts of Saudi Arabia to the concrete jungle of New York, wherever I have travelled in the world, I have always come across Bangladeshi people. After some research, I have found out that my chance encounters with Bangladeshis in every nook and corner of the world were not just a statistical anomaly.

It comes as no surprise that Bangladesh has one of the highest remittances in the world, at $15.54 billion, which is only poised to increase, as are its exports. Wherever you shop from in the world, you will come across the label ‘Made in Bangladesh’. It is these two factors, remittances and garment exports, which would hypothetically make Bangladesh richer than India by 2030. When I write richer, I don’t mean richer in terms of absolute Gross Domestic Product (GDP), but GDP per capita, i.e. per person.

For example, the United States’ total production, or GDP, at $19.39 trillion is way higher than Singapore’s at $323.9 billion. Yet, Singapore is almost as rich as the United States, because it’s GDP distributed over its tiny population means that it has one of the highest GDP per capita in the world, at $57,714 compared to the United States’ $59,532.

This recent revelation about Bangladesh’s status in the near future comes from a Standard Chartered report. In the report, the bank alludes to the 7% club which is a list drawn up of seven countries that are poised to grow at 7% or more throughout the 2020s. While both India and Bangladesh would be a part of the 7% club, Bangladesh would still be richer than India because its per capita GDP would increase from $1,600 at present to $5,700 by 2030, while India’s per capita GDP would rise from $1,900 to $5,400.

Pakistan is nowhere on Standard Chartered’s list, because even though PricewaterhouseCoopers (PwC) has projected Pakistan’s GDP to be at $1.868 trillion in 2030 on Purchasing Power Parity (PPP) basis, I guess our exponential population growth will discount the massive increase in GDP. Astute readers of newspapers would argue with me over here that Pakistan has higher remittances than Bangladesh, with overseas Pakistanis expected to remit over $20 billion during financial year 2019. And with Imran Khan’s drive to boost remittances, they are expected to rise even more. It can also be argued that Pakistan has a higher absolute GDP than Bangladesh ($305 billion compared to $250 billion). Moreover, according to various estimates, Pakistan’s GDP as measured by PPP is expected to reach $1.868 trillion in 2030, while Bangladesh’s is expected to reach only $1.841 trillion. This is a very valid argument. I mean, how can Bangladesh be ‘richer’ than Pakistan, let alone India, when it’s GDP, which is the primary determinant of a country’s wealth, would be lower. But we are forgetting something crucial here.

A country’s wealth can only be measured by how much each person produces. And, as I mentioned above, GDP per capita is one of the best determinants of a country’s wealth. Bangladesh’s population is expected to be 185 million in 2030 while our population is expected to reach 245 million – which too is a conservative estimate. How ironic is it that in 1971, East Pakistan had a higher population than West Pakistan, but since then both countries embarked on different trajectories and Bangladesh embraced modernism which meant reducing its population growth so that there are enough resources for everyone, and focused on human development to uplift its masses.

In 2016, Pakistan’s total exports were quoted as being $21.97 billion while Bangladesh is said to have exported $34.14 billion of goods in the same time period. One of the reasons our export sector has taken a downturn while Bangladesh’s has continued to rise is female employment in their workforce. Even India has a much lower female participation in their workforce as compared to Bangladesh. For example, it is estimated that India’s GDP would go up by 20% if there were as many women as men in the workforce. However, the share of female employees in the Indian workforce has fallen from about 35% in 2004 to 25% in 2018. In the same time period, Bangladesh’s female employment participation ratio has continued to rise.

Think about it this way: if both the husband and wife work, a household’s income would rise approximately two-fold as compared to if only the husband works. Now apply this to the whole country. In an export-driven country, won’t the country’s exports rise significantly if as many women worked as men, producing twice as much?

It is for this very reason that Bangladesh is the world’s second largest Readymade Garment (RMG) exporter, right behind China, with RMGs making up to 80% of its exports. If one thinks about it, both India and Pakistan have cheap labour too, so why is it that only Bangladesh has taken massive strides when it comes to garment exports?

Noted economist Amartya Sen has an answer. He writes that Bangladesh’s labour force is much more productive, and the reason for that is the country focuses on human development. On all counts of the Human Development Index (HDI), such as gender equity, women’s empowerment, mortality rate, life expectancy, immunisation, Bangladesh fares better than India. Amartya Sen further said,

“In 1990, life expectancy was three years higher in India than in Bangladesh, now it is just reversed.”

As compared to Bangladesh, Nigeria, Pakistan and India will experience some of the greatest population growth by 2030, but growth in the average GDP per capita are projected to be relatively less robust in these economies. Most of the population in Pakistan in the next decade would be of working age. The challenge for Pakistan is how to use its massive working age population to turn the economy around. Either the massive increase in population would lead to a burgeoning economy making Pakistan a part of the G-20 soon, or we would have massive political instability in the country due to the masses of unemployed people.