#TherapistDiaries: “I feel nothing for my baby” – the conception of postpartum depression 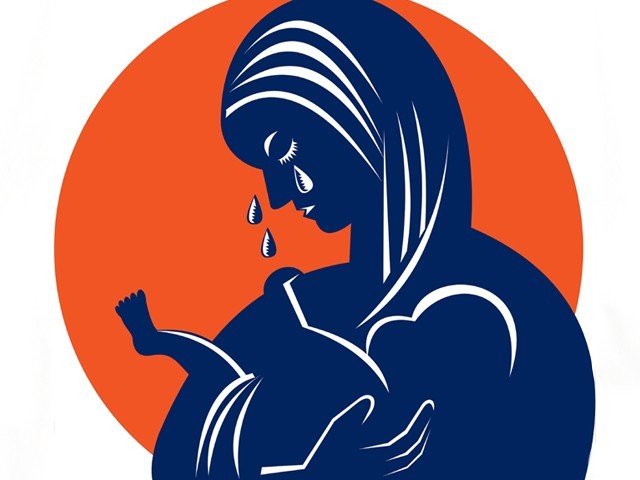 For some, the physical pain is minimal but the psychological impact is intense. PHOTO: FOTOLIA

Most of the world celebrated Mother’s Day last week, and this marked yet another year where we overlooked one of the most important factors associated with motherhood: postpartum depression (PPD).

For many women, all the labour and sacrifice that goes into creating a child is often not compensated by the birth of said child. Some sacrifices just don’t end with giving birth, and so is the case with this suffering. It is easy to assume that all women fall into the same category when it comes to tolerance to pain, recovering from childbirth and adjusting to daily life with a newborn. For some, the physical pain is minimal but the psychological impact is intense.

My patient Azra*, who is in her mid-20s, had her first child pretty smoothly. Her labour was not prolonged, the delivery was normal, and she adjusted very easily with the help of her in-laws. Everybody, including Azra, assumed that the birth of the second child and post-birth would go as smoothly as the first one. However, this was not the case.

Even though the delivery was normal, Azra couldn’t help but feel fatigued all the time. She had prior knowledge about baby blues and thought this was just a phase that would pass soon. Her husband had her tested for all major medical conditions expected post-birth, but the results came out normal.

Yet Azra’s condition worsened over time. She was never an aggressive person, but within two months of childbirth, she grew a temper and subjected her first child to severe beatings. She started having aggressive or scary thoughts about her newborn; thoughts that often exceeded to brutal visualisations. Soon these visualisations turned into hallucinations and she could no longer differentiate between whether she actually harmed her baby or if it was all just her imagination.

Similarly, Sidra*, who is in her mid-30s, experienced terrible feelings of loneliness soon after the birth of her first son. She lost interest in everything and couldn’t even gather the energy to feed her baby; she would go days without even showering. Everything seemed purposeless. She cried for hours, yet the sadness didn’t leave her. The phases of emptiness were worse for her and she dreaded them so much that she started self-mutilating, just to feel something. She didn’t feel anger, hatred or any other emotion towards anyone.

“I feel nothing for my baby.”

This is what she used to say repeatedly and cry.

The fact that she lived alone in Canada with her husband didn’t help much. However, her condition didn’t improve even when she went to live with her mother in Pakistan.

PPD is a mental health condition experienced by a lot of women post-childbirth. It is manifested in sadness, frequent crying, hopelessness, negative thoughts, lack of energy, minimal to no interest in life and in the wellbeing of their children, low self-esteem, suicidal ideation, inability to feel pleasure in all or most things, irritability, and aggression.

The major difference between baby blues and PPD is that the former lasts only a couple of weeks. If the aforementioned symptoms last more than two weeks, serious attention should be paid to the mother and a mental health practitioner should be consulted. Sometimes hallucinations or other psychotic symptoms also become part of PPD, which is why immediate consultation with a psychiatrist should be done in such cases.

If not paid attention to, PPD can impact the marital, social and academic/occupational life of a woman. Sometimes it can get so severe that there are cases of mothers harming their own children in some way because of the severity of their symptoms; though this is uncommon and can happen even if the mother isn’t suffering from PPD.

Having said that, there are a myriad of myths associated with PPD. It is often assumed that PPD only happens after the birth of the first child. As indicated in Azra’s example, it can happen even if your prior experience(s) of childbirth were smooth.

Another common assumption is that PPD will subside on its own, which is very risky. It is beyond my comprehension how a family spending thousands on delivery and frequent physical check-ups wouldn’t visit a mental health practitioner even once just to look into it. It makes me question why people can’t even consider that childbirth can also cause mental harm, and not only physical harm, to the mother.

It is also assumed that PPD is just hormonal change and will subside once the mother regularly starts feeding the child. Even though hormonal changes contribute to PPD, they are not the only cause of it. Depression also doesn’t just disappear, magically curing the mother of the condition. Feeding or not feeding a child is not linked as a cause of PPD, but a symptom of it.

If we let go of these assumptions and take the reality of PPD as seriously as we take a mother’s physical health, then awareness can be raised around it. I have tried to collaborate with several gynaecologists over this issue, but sadly a lot of them here are also not aware of this, nor do they educate their patients about it. A lot of women contact gynaecologists about the PPD symptoms they experience, but sadly very few refer them to psychiatrists or clinical psychologists for the help they need.

The treatment for PPD is done with the help of medications and therapy. If the condition is mild, then counselling alone should suffice, but if it is severe, then medication is required alongside therapy. Mothers who have experienced PPD before or have a history of depression at any point in their past should be careful in planning pregnancies and should observe the final six months of their pregnancies for any signs of depression.

A lot of women report that yoga, going back to work or exercising are some activities that helped them with their PPD symptoms, along with therapy and/or medication.

I feel that our gynaecologists can play a very important role in creating awareness regarding PPD and it doesn’t even require giving elaborate lectures or any monetary effort; just telling them about looking into PPD is enough. Secondly, I feel that as a husband, sister, mother, mother-in-law, or even as a friend, if you can just validate and acknowledge the pain of a woman going through PPD, that will make her feel very supported and not alone in what she’s going through.

Mother’s Day is just one day, but behind a mother there should be an entire group of family and friends supporting her and assuring her that she isn’t alone, and that just cannot happen in one day.