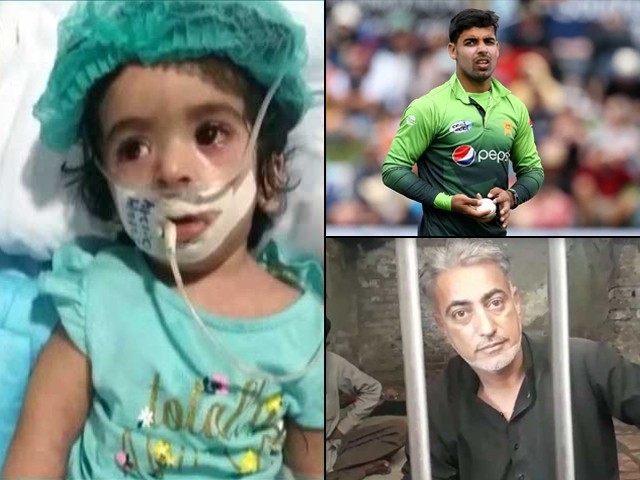 I am reminded of the Hippocratic Oath as there’s been a recent upswing in alleged cases of medical negligence in Pakistan.

This is how I started a blog for the Express Tribune a few years ago. I wrote it then because I felt I had to speak out. A sweeper in Karachi had been rushed to a nearby hospital after he succumbed to noxious gases while trying to clear a sewer. The shocking bit was that the fasting doctor on duty refused to treat the critically ill sweeper covered in sewage water, claiming that doing so would have broken his fast.

Interestingly, it is Ramazan again, so perhaps an apt time to remind my fellow healthcare professionals to recall their primary responsibility – the patient.

Fast forward two years, and I’m once again recalling primum non nocere, the starting phrase of the Hippocratic Oath – a solemn promise exhorting freshly minted medical and nursing graduates to heal their patients, but prior to that, to do no harm. I am again reminded of the oath, as there’s been a recent upswing in alleged cases of medical negligence in Pakistan.

First there was Nashwa Ali, a nine-month infant who lost her life due to alleged negligence and improper delivery of a medication. Then there was Shadab Khan, a young cricketer who contracted hepatitis C from putatively unsterile dental tools at his dentist’s office and may end up losing his spot at the 2019 Cricket World Cup. Lastly, an HIV-positive doctor allegedly spread the disease among several of his patients (primarily children) by reusing syringes.

Medical negligence has become an enormous issue in Pakistan, and these recent incidents only shed light on just how big the problem is. After all, these are just those cases that have made recent headlines. There are likely many more cases of negligence, errors or malpractice that are not being revealed or reported for whatever reasons. Taken together, there’s clearly a strong cause for concern.

The question that arises then is how something of this nature could repeatedly be allowed to happen? Why don’t we have better checks and balances when it comes to healthcare, that go past medical boards or councils simply issuing or renewing medical licenses or certifications to hospitals and staff respectively?

Even from the perspective of the Hippocratic Oath that I mention for the third time now, it is clearly not evident to healthcare professionals how the death of a patient in alleged cases of negligence, error or malpractice is an immensely serious issue to contend with. While protests were taking place after Nashwa’s death, the staff of the hospital responsible counter-protested against the hospital being shut and those incharge arrested, instead of raising concerns over the death of a child under their care.

Healthcare professionals in Pakistan are seemingly apathetic to their patients, and thus it is unsurprising that negligence is rarely taken seriously here. Hospitals continue operating the same way as before, while patients and their families are either blamed or, if they don’t have enough money, voice or clout, are simply ignored.

Medical errors or negligence are not unique to Pakistan or developing countries either; they are major problems for the developed world too. A high rate of mortality from preventable medical errors or negligence has been reported for at least two decades now, and is referred to as the third-leading cause of death in the United States. Issues can include wrong administration of drugs (or dosages), ignoring patients’ drug allergies and continually administering them those same medicines, wrong site surgery, wrong patient surgery, unnecessary procedures, and so on.

If it’s such a grave concern abroad, where they have highly regularised and efficient health systems, then what we are hearing about or seeing in countries such as Pakistan is likely just the tip of the iceberg.

There’s no denying that something has to be done and fast, at various strata, to improve the situation in Pakistan. In reality though, it may not always be that simple. You have to realise that most medical errors aren’t traceable to one individual’s overt mistake, but are more likely due to a failure of monitoring systems at different levels; referred to as the Swiss cheese model of accident causation, details of which are beyond the scope of the current blog.

Biomedicine is complex; hospitals, due to their human factor, are even more so. As the complexity of a system increases, chances go up of something going wrong that will bring the entire system crashing down. However, acknowledging that we have a complex system is perhaps the entry point towards solving the burgeoning crisis.

There are ways around it. One approach may be to have a robust and transparent patient safety and clinical quality culture (represented through an autonomous department) that provides oversight into the day-to-day-clinical care functionality of the hospital. Such a department should encourage patients or their attendants (the parents, if the patients are children) to share any clinical care related grievances, be they real or perceived. Equally important would be for the said department to responsibly and transparently investigate and share final deliberations with the aggrieved.

Although creating a new system to deal with a pre-existing one may seem counterintuitive, some affordable version of an Electronic Medical Record (EMR) may be highly useful with redundancies built into it; subsequent alerts for incorrect drugs or dosages is just one example among many of the utility of EMRs that have been shown to improve patient safety. This is the time to mention the benefits and potential of artificial intelligence based machine-learning algorithms that will likely become more cost effective in the future and will be extremely useful for ensuring better and safer patient care globally.

A handful of hospitals in Pakistan have officially been credentialed to deal with medico-legal cases, but these tend to be for supposed criminal cases. Majority of alleged medical errors, negligence or malpractice, need not be categorised as ‘criminal’ from the get go, before due diligence has been exercised by the investigating authorities. Over-labelling all such cases as criminal widens the chasm between health professionals and their patients. Print and social media may then add fuel to the fire, much prior to the completion of root cause analyses.

What we need to focus on instead is a positive culture in the hospital that encourages a system of reporting ‘near misses’ – mistakes that get caught just in time before becoming bigger problems. Moving away from a punitive approach will likely improve reporting of such issues; it will also lead to more accountable physicians and nurses with a higher morale, creating a robust health system. After all, there is no denying that we do need these highly skilled professionals amongst us providing a crucial function for the betterment of society; we just need to get better at managing them.

The author would like to thank Dr Walid Farooqi for providing valuable insight for this blog.