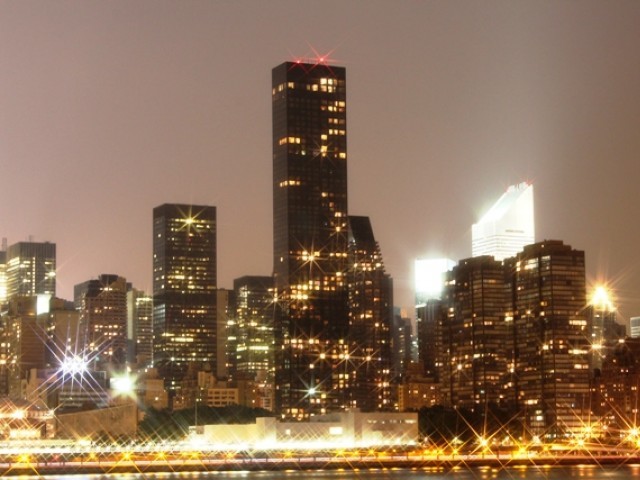 To me, New York was just another city – a hard city, a cacophonous city, where bright lights and gleaming skyscrapers belied the darkness.

A friend from Lahore recently asked me:

“What would you miss most about New York if you were to move back to Pakistan right now?”

I thought about it for a few minutes. Unlike many Pakistanis living in the US I knew, I wasn’t particularly attached to this country, or to New York.

To me,  it was just another city – a hard city, a cacophonous city, where bright lights and gleaming skyscrapers belied the darkness, the sadness, the grime and the poverty in the corners; where glamour, spectacle, a veneer of ethnic diversity thinly concealed the underlying greed and racism.

I had no great love for New York; my heart still belonged to Lahore, and it was Lahore that I forever looked for, in every street sign, in every face, in every smell and neighbourhood.

But there was one thing.

“Freedom”, I replied to my friend. “That’s what I would miss.”

It wasn’t the freedom to wear a tank top or mini-skirt in public, to dance at a nightclub or get a tattoo; it wasn’t the freedom to hop on a train or bus at any hour of the day and go where you wanted, come home when you pleased; the freedom to attend any kind of rally, concert or film screening that suited your fancy, to make friends with any colour or class of people you chose,  to walk out on the street at 2am. for some ice-cream from the 24-hour deli, to nap under a tree in Washington Square Park.

No, these were superficial freedoms. It was something deeper than that.

It was the freedom to be.

Growing up in Lahore, I didn’t ever ask myself – Why are all the women I know teachers and doctors, the other half housewives? Why don’t I know any women engineers, scientists, actresses, novelists, athletes, dancers, photographers, lawyers?

I never asked myself – Why do I have to wait for the driver or one of my parents to drop me to school or to a friend’s house? Why can’t I take the bus, a taxi or rickshaw?

Why must I send the cook to fetch that tub of ice-cream from the shop across the street for my slumber party? Why can’t I go myself?

Why can’t I say my prayers at the beautiful neighborhood mosque? Why must I pray in the musty, uninspiring ante-chamber, or in the confines of my house?

Why can’t I play cricket in the park? Why can’t I wear jeans to Liberty Market? Why do I need a male friend to accompany me on my field visits to the shehr?

Why must I get married by the age of 24 and have at least one child by 26?

Why? Because that’s how things were.

I never questioned it, or if I did have questions, they were momentary. The main explanation, of course, was that I was a girl.

That was good enough. It was reasonable, it was appropriate. You never asked why your brother could do things you couldn’t, why there was one set of rules for the boys and another for the girls. To question that would seem presumptuous, daftly unrealistic, ‘Amreekan’ – this is was Pakistan, this was how society functioned, and women were completely A-OK with it.

There were exceptions to the rule, of course, a handful of courageous women who dared to break into non-traditional roles and spaces – but these women, although publicly lauded, were implicitly looked down upon by middle- and upper-class morality. They were arrogant, promiscuous, ‘unfeminine’, or, they were supremely-gifted rarities that happened once in a generation, and while you admired them, you couldn’t possibly aspire to be like them.

And while life did go on, and the women of my class ‘progressed’ day by day, from classrooms to TV screens to charity fundraisers – the socially acceptable, the superficially liberal – the greatest inhibitions remained.

What if I wanted to marry for love to a man ‘below’ my class, to a foreigner, to a gora?

What if I wanted to do all of this, not to make any statements, not to be provocative, not be seen or talked about, but just because that’s who I was, who I wanted to be, and doing something contrary would be oppressive, inhibiting.

In New York, all the inhibitions inculcated in you since childhood slowly chipped away. You could see yourself for who you were, and you could actually be that person. Nobody judged, nobody cared. People treated you as a human being, without the gender labels and cultural baggage. No one stared at you, no one harassed you. No one noticed you for being a woman, for being different. You were anonymous – and while that could sometimes feel lonely, it was also very liberating.

What it comes down to is choice. You coud choose to pursue your passion, and, married, divorced or single, childbearing or childless, rich or poor, be the happiest woman in the world for having done so – or you could be be like the neighbouring mother-of-4, whom society praises for raising such well-behaved children, for keeping such a tidy, efficient household, for having such an amicable relationship with her in-laws, for being so equable with the servants, and yet be lifeless inside, burdened with regret.

For no matter how noble the mission of wifehood and motherhood, no matter how sacred our notions of femininity, I do not believe that any woman can enjoy seeing her ambitions crushed. I do not believe that every aunty I know did not nurture a secret wish in her heart that she was not able to fulfill. And that was a loss not just for herself, but for everybody around her, for society, for the country – because one woman who lives life to her potential, who is brave and follows her heart, is far more inspiring than any number of daughters, wives and mothers imprisoned to their homes and kitchens and children and a job or husband they do not love.

So, yes, what would I miss about New York if I were to move back? The freedom to be. The choice to be. No double-standards. The same rules for men and for women. The same benchmarks for your daughters and your sons.  And though I miss Lahore with all my heart, I do not miss its self-righteous upper-class morality.

Obviously, there will never be a day when you wake up in the morning and the men of Lahore cease to ogle, the aunties cease to matchmake, the uncles cease to lecture, and society ceases to preach one thing or other. It’s up to us to make that happen. It’ll  take courage, but that’s the only way to live, the only way to free yourself  from the invisible cages your mothers were trapped in, the only way to ensure that your children aren’t trapped the same way.

The original article is posted here.