A victory for the ages: Liverpool and Tottenham and their fate-changing semi-finals 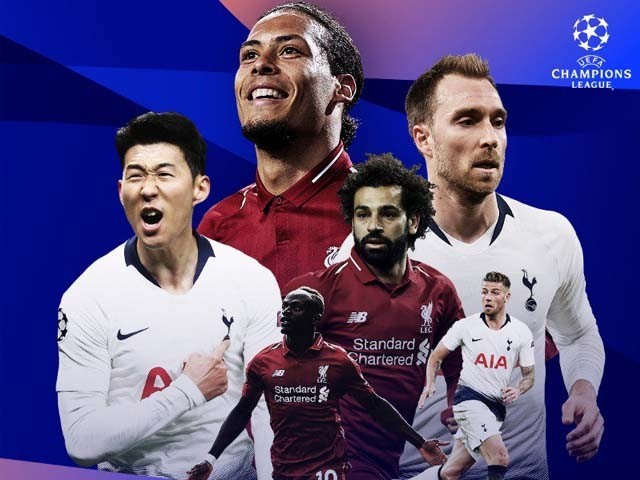 This year’s Champions League final, scheduled to take place onJune 2nd, will be an all English affair for the first time in 11 years. PHOTO: TWITTER/ CHAMPIONS LEAGUE

There is no doubt that football always leaves people with some of the most beautiful memories. Memories which they will cherish forever. It is a game of emotion, instinct and passion. How many times have we seen managers and players lay bare their emotions after the final whistle? Countless.

The same happened in this week’s Champions League semi-finals, when both Liverpool and Tottenham Hotspur defied the odds to defeat Barcelona and Ajax respectively. The two English sides booked their place in the Champions League final after pulling of miraculous comebacks.

Raw emotion. This is what it means.

Liverpool supporters dared to hope as their team prepared for the decisive battle against Barcelona at Anfield, even though the Blaugranas had manhandled Jurgen Klopp’s side 3-0 in Spain just a week ago. Since the Reds were without their prolific goal-scorers, Mohamed Salah and Roberto Firmino, they pinned their hopes on Divock Origi and Sadio Mane, hoping for a miracle. Xherdan Shaqiri was given the responsibility of supporting those two at the front.

Miracles have always been a part of Liverpool’s club history. Can anyone even forget Liverpool’s astonishing six-minute comeback in Istanbul against AC Milan in the 2005 Champions League final when the Reds were 3-0 down at half time? Liverpool’s 4-0 triumph against Barcelona on Tuesday was reminiscent of that match.

Liverpool started the encounter with an early lead, as their Belgian international, Origi, found the net within the first seven minutes. Although there was still a lot of work to be done, the crowd was adamant that they were not too far from victory because the Spanish giants were starting to look feeble. Since Liverpool knew that conceding a goal would give Barcelona a huge advantage, their big Dutchman, Virgil van Dijk, stood firm at the back to support goalkeeper Alisson Becker. On the other hand, Barcelona needed to quickly capitalise on their potential and control the match. It was clear that Liverpool’s early lead rang an alarm bell for Ernesto Valverde’s men who were not prepared for such a surprise. The first 45 minutes went in Liverpool’s favour as the halftime whistle separated the two sides at 1-0. For Barcelona, retaining their lead on aggregate would be sufficient to take them to Madrid for the final. But their opponents had already decided to go on a rampage as their left-back, Georginio Wijnaldum, scored a sublime brace in a span of just two minutes to level the match 3-3 on aggregate. Although Barcelona had the majority of the possession in the match, the Anfield warriors were not letting them find the net. Klopp was continuously dictating orders to his players from the sidelines, as the battle grew more intense and the atmosphere at Anfield became gripping. Liverpool held their nerves as they continued to search for one more breakthrough, well aware that even a minor mistake could cost them heavily. The moment finally came 11 minutes before stoppage time, when Origi once again broke through Barcelona’s defence to give a stunning 4-0 lead to his side. The score line was hard to believe since the usually impenetrable Barcelona were in complete shambles, shattered by Liverpool’s terrific form. As the moments of joy continued for the Reds, they knew that they still could not rest on their laurels and had to be cautious since Barcelona is one of the best teams in the world. However, Liverpool held a tenacious grip on their commanding lead as the Turkish man in charge, Cuneyt Cakir, blew the final whistle at Anfield. The world still could not believe the dramatic ending, as Klopp reached his third Champions League final in the last six years and Liverpool qualified for their second successive final. The cheers of the jubilant victors were the icing on the cake.

But the Champions League drama did not end at Anfield. There was more to come at the Johan Cruijff Arena on Wednesday night. If there is one team which has surprised everyone in Europe this season it is AFC Ajax. The young Dutch side sent Real Madrid and Juventus home in the Champions League and their splendid form continued in England as they beat Tottenham 1-0. Erik ten Hag’s side welcomed Mauricio Pochettino and his players to the Netherlands, hoping to qualify for a dream final against Liverpool at the Estadio Metropolitano, Madrid. Ajax knew that a chance like this comes once in decades and thus the Dutch side started the match with an early lead as Matthijs de Ligt beat Hugo Lloris in the first five minutes, silencing the small Spurs crowd. As the match continued, Tottenham started to take more chances and held more possession, but the Dutch side once again broke Spurs’ defence in the 35th minute. This time, Hakim Ziyesh scored with a clinical finish and Ajax led 3-0 on aggregate at the break. Everyone thought Spurs stood no chance in the match as the Lilywhites made their way back onto the pitch. But this time the north Londoners’ struggle began to bear fruit as Lucas Moura stunned the home side with a quick brace in the span of four minutes. This was the moment when Ajax realised the true potential of their opponents. The match came back to life and Spurs needed only one goal to reach their first ever Champions League final in decades.

As the match neared the 90-minute mark, five minutes of additional time were announced, but who would have thought that Tottenham would pull off an astonishing comeback in the 96th minute? I certainly didn’t. Yet, Moura once again slipped through Ajax’s defence undetected with a glorious finish as Spurs qualified for Europe’s biggest final with their majestic turnaround. It was perhaps Moura’s most illustrious performance for the Lilywhites as the Brazilian singlehandedly wrecked the Ajax side. The devastated Dutch crowd made their way back home while the small Spurs contingent celebrated long into the night. This year’s Champions League final, scheduled to take place on June 2nd , will be an all English affair for the first time in 11 years. The last time two English sides met in the final was when Manchester United defeated Chelsea in Moscow in 2008. As English sides are once again beginning to dominate in Europe, I must say that both Liverpool and Tottenham deserve to be in the final this year after their phenomenal achievement in this week’s semi-finals.