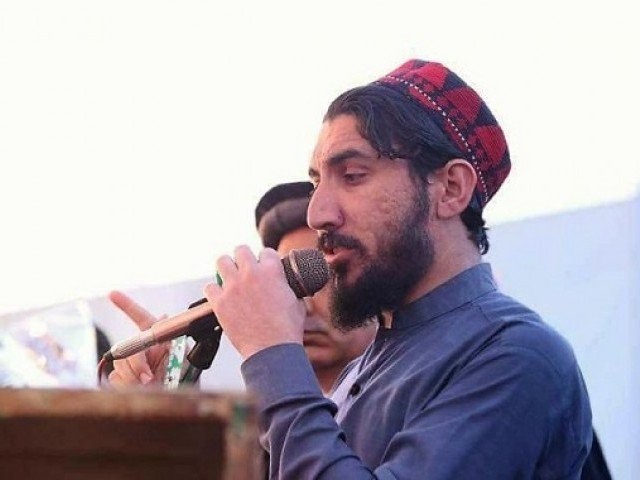 There is hardly anyone in Pakistan today who remains unfamiliar with the name of Manzoor Pashteen and his Pashtun Tahafuz Movement (PTM). Till January 2018, Pashteen was a largely obscure figure whom not many had heard of. However, due to events that led to the extrajudicial killing of Naqeebullah Mehsud by Rao Anwar, Pashteen was soon plucked from obscurity to become the leader of the popular resistance movement which later came to be known as the PTM.

Like Pashteen, the story of his movement is also intriguing, in that it was initially named the Mehsud Tahafuz Movement. However, with more and more Pashtuns joining in calling for Anwar’s hanging, the name of the movement was changed to PTM. Since then, the PTM has gained traction due to its demands of taking Anwar to the gallows and justice for Mehsud’s murder, but also for the release of missing persons from the former Federally Administered Tribal Areas (FATA). Its demand to clear the tribal districts of land mines also resonated with the people of erstwhile FATA.

However, a movement that began as a legitimate resistance against the aforementioned grievances soon coalesced into a much bigger platform. Now PTM has a laundry list of demands, some of which are indubitably big asks, such as asking the military to leave Waziristan or to remove its check posts. These could definitely undermine the hard-earned security achievements the region has made against the Tehreek-e-Taliban Pakistan (TTP) over the years.

PTM thrives on the already persistent sense of deprivation and estrangement felt in the tribal areas, which have been ignored throughout Pakistan’s history. This region has never seen days of sunshine and prosperity; only violence and uncertainty.

The land of the Pashtuns, specifically what was formerly known as FATA, has no discernable signs of development. The region lacks even rudimentary infrastructure and proper educational institutions. Thus, the grievances have existed for a while, and all Pashteen is doing is exploiting the justified outrage of the people.

Some people do agree with Pashteen’s aggressive stance, but a majority of Pashtuns disagree with the way the PTM has turned out. I asked Kousar Abbas, a student of sociology at Punjab University who hails from Parachinar, what he feels about the PTM. He stated,

“I don’t agree with PTM’s assertion that the Pakistan Army is to blame for all the woes of the Pashtuns. The problem of terrorism has more to do with religious extremism and foreign intervention than with our intelligence agencies. While I second some of the genuine demands of PTM, I don’t agree with its confrontational and disparaging remarks against the Army. Pashteen should tone down his rhetoric.”

Like Kousar, there are many Pashtuns from the region who do not share Pashteen’s views. For a lack of space, I will not be presenting all of their comments here. That being said, from my first-hand interactions, I have received somewhat mixed opinions about Pashteen and the PTM.

Some call him a ‘traitor,’ on grounds of his incendiary remarks against the Pakistan Army and due to him allegedly having clandestine links with the enemies of Pakistan. Pashteen is accused of being in cahoots with inimical agencies such as the National Directorate of Security (NDS) and the Research and Analysis Wing (RAW), with the aim of turning Pashtuns against the state and its military. Seeing peace and tranquillity in Pakistan is anathema to the aforementioned intelligence agencies, and some people believe that Pashteen is playing right into the hands of the enemies of Pakistan.

However, there is another group which deems him to be another Martin Luther King Jr in the making. They agree with his legitimate demands, but even they disapprove of his inflammatory rhetoric, as it obviously runs contrary to King’s unsullied civil rights movement.

In light of the aforementioned arguments by the two different schools of thought concerning PTM, here is my take on it: Pashteen might have the best of intentions for Pashtuns, but he definitely doesn’t have the same for Pakistan. In these socially and economically trying times for the country, the last thing we need is national discord and disharmony. In fact, Pashteen is driving a wedge between Pashtuns and Pakistan.

His movement is in the crosshairs for some wrong reasons. Most of the youth from Punjab and Sindh see him as someone who loves to play to the gallery. They say Pashteen is putting the cart before the horse by unfairly criticising the Army and the state before giving them sufficient time to implement the proposed 10-year development programme exclusively meant to bring former FATA at par with the rest of the country.

Others raise a valid question: how can our soldiers fight against Pakistan’s enemies if we accuse the military of being hand in glove with the Taliban? Such preposterous accusations are an affront to our armed forces and their sacrifices.

Many accounts on Facebook and Twitter that are reportedly mainly being run from Afghanistan and by non-Pakistanis openly endorse Pashteen’s stance and are employed to further his campaign. Such an abominable attempt indubitably reeks of subversion and interference on the part of Afghanistan’s intelligence.

Even more mortifying and reprehensible is the PTM leadership’s attitude towards the entire situation. Rather than bringing these issues and their grievances on the floor of the Parliament, MNA Mohsin Dawar and Pashteen instead chose to write anti-state and anti-military think pieces for international publications like the Washington Post and the New York Times.

There is thus a strong reason why this movement is being taken with a pinch of salt, and why more and more people in Pakistan will take it less seriously if the PTM keeps up this rhetoric despite the Parliament and the GHQ assuring them that their (legitimate) demands will be met.

Dawar, who represents Waziristan in the Parliament, and Pashteen were called for a meeting with a special Senate committee alongside other PTM leadership, and yet there is no sign of PTM’s rhetoric coming to an end. Even Director General Inter-Services Public Relations Major General Asif Ghafoor himself reached out to Pashteen to try and resolve PTM’s grievances, but for now it seems neither the leader nor the movement is willing to budge an inch.

The only way forward to end this embarrassing situation is to deal with it deftly. This includes holding Anwar to the same standard of law as everyone else so that Mehsud can get justice, clearing tribal areas of land mines and releasing the missing persons from these lands. The grievances of the Pashtuns matter, and should be addressed without further dilly-dallying.

However, keeping in view our international standing and the myriad of internal issues Pakistan currently faces, members of the PTM should also develop some patriotism and stop portraying Pakistan in a negative light. As the state acknowledges the PTM and listens to its demands, we hope that Pashteen will also shift his tone so that the Pashtuns can finally get the justice they deserve.

Ali Begum: A symbol of grit and perseverance making history in a no woman's land