Controlling inflation: why the State Bank of Pakistan should be autonomous 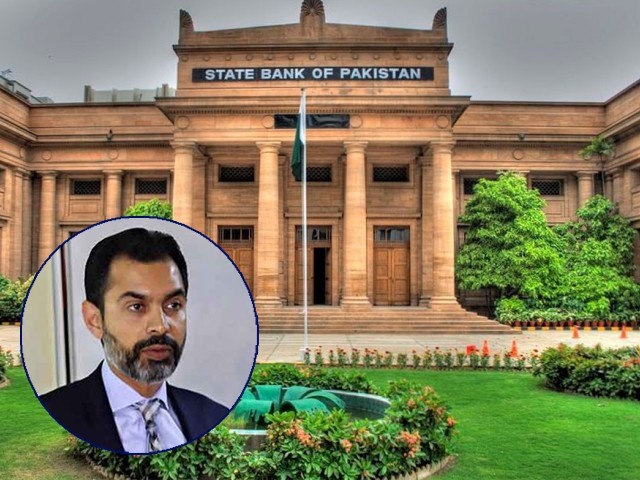 It is encouraging to see the appointment of Reza Baqir, a trained economist, as governor SBP.

The rise in the interest rate as well as the depreciation of the rupee against the US dollar have both become topical issues in recent months. What is considered a conventional policy measure globally – often implemented in light of declining foreign currency reserves – has been scrutinised and discussed in mostly political terms.

It is evident from the reaction of our political class and media that the concept of an autonomous central bank is still not fully appreciated by many.

The aim of an autonomous central bank is simple: credibility. Politicians are always tempted to lower interest rates to keep the economy hot, unemployment low and the electorate happy. This might achieve short-term benefits, but it undermines an economy’s long-term health and leads to inflation through a phenomenon known as inflation bias.

A government’s promise to lower inflation is rarely credible, because it is easier to inflate their way to growth by effectively printing money or intervening in the currency markets, as opposed to increasing the actual production capacity of the economy through structural reform.

However, over time, economic agents understand this bias and act accordingly, thereby rendering the lowering of inflation even more difficult.

Inflation reduces the real rate of return on investments. Moreover, it encourages both local and foreign investors to dump local currency and buy foreign exchange or park money in often unproductive assets, such as gold and land. Such trade-offs should not be left to politicians, as autonomous central banks are better placed to control inflation and provide stability. Growth alongside price stability is better in the long-run, especially given that there exists strong evidence around the ‘neutrality of money,’ which means monetary factors do not impact real economic growth in the long-run.

For instance, Turkey underwent an economic crisis in 2001, leading to an International Monetary Fund (IMF) bailout. This followed a painful reform process that included the Turkish central bank attaining autonomy. Fast forward to 2019, and Turkey’s benchmark interest rate is set at 24% amidst high inflation (at around 20%).

In recent years, successive governments have lost track of enthusiasm for the reforms that initially paved the way for Turkey’s recovery. The current government specifically rooted for a debt-fuelled growth on the back of low interest rates, leading to an overheated economy.

Recep Tayyip Erdogan, who has been a vocal critic of high interest rates and has labelled them as ‘evil,’ argued that high interest rates cause rather than curb inflation. This had restrained the ability of the central bank to hike interest rates in a timely manner to control rising inflation. With what seemed like compromised institutional autonomy, there existed an anxious investor sentiment that led to the market moving each time Erdogan made a comment against interest rates.

The situation was worsened by Turkey escalating diplomatic tensions with the US and a general emerging market selloff, which meant that at one point the Turkish lira was 40% down against the dollar last year. This finally pushed the central bank to hike rates from 8% to 24% within a span of five months, acting as an economic stabiliser. Recently, turmoil resurfaced in the lira markets as investors associated the central bank’s depleting reserves with political intervention to prop up the lira before local elections.

A similar pressure has arisen in India, with a Standard and Poor’s Ratings warning in December that increased government influence on the Reserve Bank of India, posing a risk for the bank’s policy priorities. This was preceded by the sudden departure of the bank’s governor.

Given that this was the second change in governor for the Modi government, it is widely acknowledged that there was disagreement on many policy issues. There was increasing pressure from the government to fund its fiscal expenditure, pump liquidity into lenders and reduce interest rates. Being dubbed as a ‘pre-election rate cut gift,’ the new governor surprised the markets by cutting interest rates.

Across the border, in Pakistan, a good place to start autonomising the State Bank of Pakistan (SBP) would be to free the governors of electoral pressures. Governors should have a longer policy horizon and reappointment should not depend on the government’s short-term objectives. One way to achieve this is by structuring the tenure to be longer than five years (it is currently three).

The bank should also have clear-cut objectives to target price stability. Currently, the SBP Act (1956) states ‘consistency’ among targets of growth and inflation as an objective of the board. This makes the monetary policy pursuant of the government’s policies, which incentivises the government to set growth targets above capacity. These unrealistic growth rates are often coupled with arbitrary inflation targets that oscillate greatly on a yearly basis.

This inconsistency is contrary to the notion of price stability, which is often the objective of many central banks globally. Policy continuity and the SBP’s credibility are adversely impacted, creating a trust deficit with investors. Most importantly, this distracts governments from focusing on long-term growth measures such as capital deepening, technology and innovation. Monetary instruments have limited impact on long-term real economic growth, but are likely to impact inflation. Therefore, the objectives of the SBP should be decoupled from the government’s fiscal and growth targets, and instead move towards targeting inflation.

The management of foreign currency is also a critical component for inflation, given that Pakistan is a net importer. It is important for the SBP to ensure rationalisation of reserves for external shocks, such as oil price movement in international markets. The currency should be set at a level determined by the market, with SBP intervention limited to smoothening it out in exceptional circumstances.

The historical policy of fixing the exchange rate and proactively intervening in the markets distorts the structure of the economy towards imports and discourages local production. This returns to haunt our economy when we run out of reserves but do not have the capacity to produce locally. Unlike politicians, businesses are driven by long-term investment horizons and continuity in policy is needed to make it worth their while to invest.

Lastly, it is encouraging to see the appointment of Reza Baqir, a trained economist, as governor SBP. This is in line with global conventions but a deviation for Pakistan, where recent governors have hailed from bureaucratic or commercial backgrounds. It is critical for the SBP leadership to have the technical expertise to analyse policy trade-offs and conduct in-depth research for informed decision-making, particularly in the era of ‘big data,’ where central bank decision-making is becoming more granular and intricate.

This needs to be supplemented with adequate communication on policy rationale to serve as forward guidance and discourage speculation. Better credentials and communication will also increase credibility in the eyes of foreign investors, who need a predictable and flexible framework before committing capital.

Reforming the SBP is a low-hanging fruit for the Pakistan Tehreek-e-Insaf (PTI) government, with less expected backlash versus other public sector entities. The seriousness of structural reform will be put to test when there will be temptation to stimulate the economy above its capacity through monetary measures. It is for this reason that the Finance Ministry must finally allow enhanced autonomy for the SBP in order to contain inflation and give way to long-term, sustainable economic growth.

The author is a financial services professional in London who graduated from the London School of Economics with a degree in Economics and Politics. The views expressed are his own and do not represent that of his employer. He tweets @rooshanaziz (twitter.com/rooshanaziz)