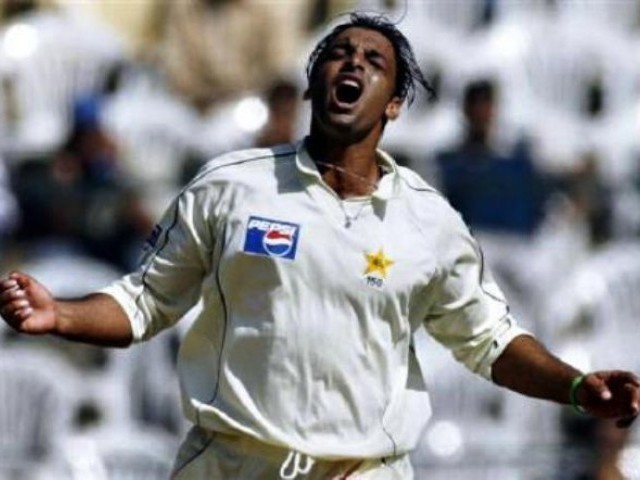 I cannot believe how easily people have started ridiculing one of the best fast bowlers this country has ever seen. PHOTO: REUTERS

I usually try to keep my personal biases and opinions aside while writing, but reading all that has been written about Shoaib Akhtar and his book has incensed me to no end. I cannot believe how easily people have started ridiculing one of the best fast bowlers this country has ever seen. And all this just for saying out loud some things which we have all always known or at least suspected to be true?

For all those who question Akhtar’s class as a bowler, I would suggest a look at Criicinfo’s page on Shoaib Akhtar. For God’s sake the guy has taken 178 wickets in just 46 test matches at 25.69 a piece, and 247 wickets in 163 ODIs, and you’re telling us that all he had was raw pace? Whoever believes that there was no more to Akhtar than pace and showy antics has either got to be completely mad or does not possess an iota of cricket knowledge. I state this with such certainty, because I remember watching the Rawalpindi Express in action when he was destroying the mighty Aussies single handedly on the barren tracks of the UAE and when he was shattering the god of cricket, Sachin Tendulkars’ stumps in Kolkata.

What I find amazing is that when the issues of girls and partying stir with regards to Imran Khan or Wasim Akram, people always tend to point us in the direction of their exploits on the field rather than off it. However, when those same allegations surface against Shoaib, these same people become paragons of virtue and start telling us that Shoaib Akhtar was a bad little boy who should not have played for his country. He should rather have been put in detention for behaving so badly perhaps, right? Because it is obviously high school that we are talking about here and not the Pakistani cricket team.

I sincerely believe -and people might disagree with me here – that if a person has the amount of talent that Shoaib Akhtar had, and his performance is worthy of keeping him in the team, then we have got absolutely no right to resort to snide remarks and sarcastic hints about his personal life whenever he is discussed.

Let us finally come to the excerpts of his book, which have kicked up a storm, and look at them one by one.

About Dravid and Tendulkar, it is true that he might have gone a little over the top, but the doubts about Tendulkar’s runs’ usefulness have existed even before Shoaib’ s book. Thus Akhtar has been brave enough to speak out loud about a topic many only dare to think about.

About Wasim Akram’s power-playing antics too, he is not the first one to have spoken and anyway those can easily be confirmed if anyone cares to talk to the team and PCB management of that time. Furthermore, in reference to ball-tampering, what Akhtar has said is an open secret. The trouble is when James Anderson is caught doing it, all is hushed up, but if Shoaib Akhtar does it or talks about it then the ICC pounces on stoning him to death – wow talk about the law being blind.

All I would like to say in the end then is that please read Shoaib’s statements objectively before crying out against every word because it is not all that sensationally erroneous as it might appear at first. Moreover, please study his career statistics at least once before writing him off as mere fast-bowling show boat.

A firebrand he is and has always been and it cannot be denied that he might have said some of the things just for publicity or maybe just for the heck of it, but after all he is or star, he is Shoaib Akhtar.

A final year electronic engineering student at the Ghulam Ishaq Khan Institute of Engineering Sciences and Technology. His interests lie in sports, reading and writing.

Pakistan cricket: Being bad has never been this good

Cricketers are to blame too...

When will our captains understand?