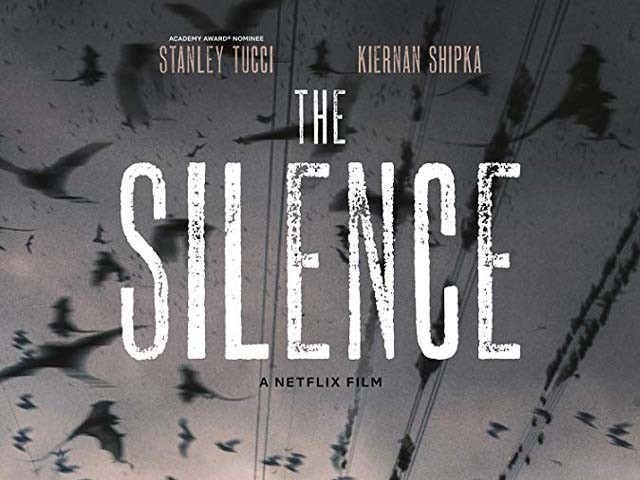 The film doesn’t give us any reasons to care about the characters or be invested in their story. PHOTO: IMDB

It would seem rather obvious that attempting a cheap knockoff of a well-made, successful film merely a year after its release is not the best of strategies. Clearly Hollywood didn’t get that memo.

Almost exactly a year after A Quiet Place arrived in cinemas, Netflix has unveiled The Silence, a movie which follows pretty much the same premise, albeit a lot more shoddily.

Just like the John Krasinski hit, John R. Leonetti’s thriller is set in a world which is under attack by creatures that hunt by sound and tells the tale of a family with a hearing impaired teenage daughter trying to survive in a world overrun with these creatures. It is worth noting though that the film is based on Tim Lebbon’s 2015 novel, which predates A Quiet Place by nearly three years.

Stanley Tucci plays Hugh, the father of Ally (Kiernan Shipka), a teenage girl who lost her hearing due to a car accident. As a result, her mother (Miranda Otto), brother (Kyle Harrison Breitkopf), and grandmother (Kate Trotter) are all able to communicate through sign language.

When a team of researchers inadvertently release blind winged animals that have evolved into dangerous predators that hunt by sound, the fate of the human populace hangs in the balance. Hugh and his family, accompanied by his best friend Glenn (John Corbett), search for safety while trying to figure out how to stay alive, supposedly taking advantage of their knowledge of sign language to communicate in silence.

But here’s the thing: they all know sign language, yet they keep talking! They keep risking death by speaking out loud, even though they shouldn’t have to. Which makes no sense.

Yes, this is just that kind of movie.

The evolutionary premise itself is interesting, and The Silence – unlike A Quiet Place and its thematic cousin Bird Box – does make an attempt to explain the creatures’ origin, but even that comes off as clumsy, with several questions remaining unanswered.

What, for instance, had been the food source for this horde of overgrown bat-like monsters while they were trapped in the recesses of the cave? What animals did they manage to prey on, in what appears to have been an isolated cave system? And how did they manage to multiply into such large numbers? It’s hard to make sense of it all.

Tucci appears to be trying to give a convincing performance, and Corbett is good in his supporting role, but the rest of the cast is far from stellar. Shipka, in particular, can’t communicate the gravity of the situation her character finds herself in, and the film’s decision to give Ally a teen romance sub-plot only makes things worse.

The film doesn’t give us any reasons to care about the characters or be invested in their story, while their remarkable ability to stay alive while other perish only mystifies given their inability to actually stay silent. Ultimately, The Silence fails to add anything new to a rather tired formula, and basically comes off as a sub-par, low budget prequel to the Emily Blunt (who coincidentally happens to be Tucci’s sister-in-law) film from last year. For the most part, the movie just goes through the usual, clichéd ideas that have already been worn out by the genre. There are very few moments in the film where the proceedings have any sort of intensity, and the film is virtually devoid of any suspense. Even when it tries to do something horrifying or gut-wrenching, the film fails to deliver, and may have been more engaging had it been helmed by another director.

The Silence doesn’t manage to captivate its audience like it should, and it certainly doesn’t bring anything new to its genre. Ultimately, the greatest thing it achieves is that it makes the viewer appreciate A Quiet Place even more.