Why I ditched my chador 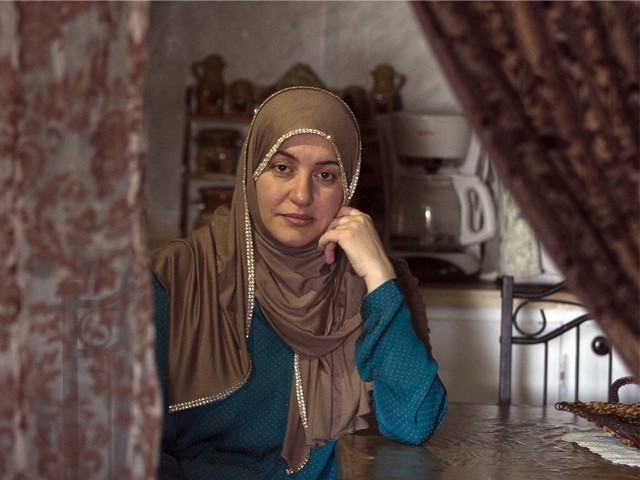 When I was in my teens, some 20 years ago, my parents would tell me to wear a chador (a large piece of cloth that is wrapped around the head and upper body) and cover myself every time I would go out of the house.

I lived in a small city and my father was widely known. Each time I stepped out of my house, I would cover myself from head to toe, sometimes even the face if I was with my father, as he didn’t want people gazing at his daughter. I understood at the time that this was essential for Muslim women so as to avoid teasing or stares, and that covering up was a symbol of modesty. My mother and sisters did the same and still do.

I, however, followed it as long as I was with my parents.

Donning the chador was fine for me at that time. I was still going through the biological process of womanhood and wrapping myself up with an extra cloth gave me some temporary relief from piercing eyes. I remember one of my aunts telling me to take the chador in such a manner that it falls all the way down to the knees because men are attracted to our behinds. That was something new and weird for me. Still, many times I felt my chador didn’t even serve that purpose. Once, while walking down the road towards my university, an apparently well-educated man with a beard was walking behind me. He continued to inform me how I looked from behind repeatedly until I turned back and gave him an angry stare, which prompted him to finally leave me alone.

And it wasn’t only the chador which was an obligation. Along with it came many conditions which I was expected to fulfil as a woman, such as being soft-spoken and avoiding arguments over my rights. Likewise, I never got permission to learn the things I loved, even things as simple as driving and self-defence because I was told that girls don’t do or require such things. I was also not allowed to choose my life partner.

Despite all the restrictions, I never complained because I was conditioned to believe that good girls are docile and adjust according to their circumstances. Meanwhile, my male cousins around me enjoyed a freedom which I could only dream of.

I enrolled in a co-education university. My dream was to pursue a career for myself and become financially independent. I still wore a headscarf and would keep a distance from my male classmates, avoiding chats and interactions as much as possible. What I didn’t know was that my family still wouldn’t trust me. I was made to leave university before the completion of my degree, all because I asked my family for the right to choose my life partner. It wasn’t the norm in our family to get married to someone of your own choice. Sadly, after I was made to abandon my education and then marry someone of my parent’s choice, many of my male cousins got married to girls of their own nomination. None of them were locked up or made to leave their university.

However, the reality is that despite being wrapped in layers, women are teased, harassed and even molested. The chador never protected me. It is like every other man has the right to touch a woman whenever and wherever they like. In my case, even going out for a simple evening walk became impossible without being catcalled. Using public transport was another nightmare altogether because the man standing or sitting next to you seemed to have the license to explore whatever part of your body was within his reach, while the people around you silently watched.

Does covering our head or body achieve anything? Our religious clerics have made us believe that it prevents the devil from entering our soul, with many analogies to unwrapped candy covered in ants. On the contrary, I have seen devils wrapped in burqas, on prayer mats, and with long beards. Exploitation in the name of religion has led to misogyny and patriarchy taking root in our society. Men have no pressure to fulfil their moral duty of lowering their gaze, but women must be fully clad so that men are not tempted. I always found this concept very absurd. When I moved to the United Kingdom, I realised that it wasn’t me, but the men in my country who needed the hijab. A hijab for their eyes and minds.

Freedom of choice and expression is a basic human right, but in our society it has been snatched away from women in the name of religion and ‘culture’. Religious ‘authorities’ insist that women are symbols of honour which could be damaged whenever a woman takes a step by her own choice rather than the choice of her family or society. I realised gradually that I was living a life defined by others. The moment I speak up for myself, I am suddenly considered a threat to everyone around me.

Then came the day; the day I ditched my chador. Not because I had suddenly turned into a ‘liberal’ or had become ‘modern,’ but because I felt, through my experiences, that it was totally useless and didn’t serve the purpose it was supposed to. I let myself be free of all the chains, only because I realised I could still be modest and safe without them. I felt I could never discover my real self as long as I adhered to the norms and traditions which had been imposed on me. In my experience, the hijab simply wasn’t enough, or even needed. All I needed was to believe in myself.

Surprisingly, once I let go of my inner fears after ditching the chador, it was like the fog started to disappear. The mental fog that had long kept me away from realising my potential and strength. I discovered I was much more than a daughter, wife or a mother. I was a woman, a whole being in herself, who was capable of achieving more than she was told she possibly could, and who could make things happen for herself and those around her.

I slowly started to define my life for myself, one small step at a time. I learned driving, swimming and self-defence. I went back to university after 10 years of marriage and passed a difficult exam, with a distinction. Surprisingly, I discovered my interest in political activism and volunteered for an organisation. It was like I was absorbing all the positive vibes and energy, healing myself along the way once I liberated myself from the veil.

Religion should be a matter of choice rather than an imposed set of restrictions. Those who cover themselves by choice should be respected for that and women who feel it’s not for them should be treated with equal respect. In my opinion, women should chart the course of their own lives, because when they have self-confidence and control over themselves, they can never make wrong choices. Feminism is all about giving women a power over themselves, not over men, and that’s what equality is all about.

Modesty is not in a chador but in the way a woman chooses to carry herself, make life choices and dress up. Women can be very decently clad, with or without a chador or hijab.

I ditched the chador once and for all and, to this day, I am still able to protect myself from evil and sin.

The author identifies as a socialist and a feminist. A mum of three, she is also a political activist and an avid writer. She tweets @Mariya_lhr (twitter.com/Mariya_lhr)