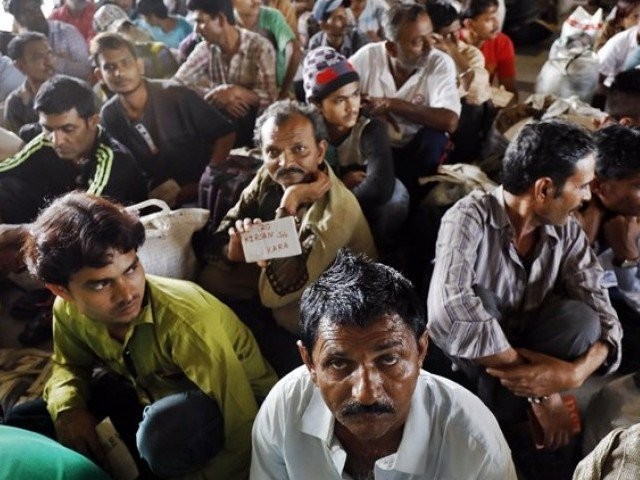 US President Ronald Reagan was fond of using the Russian proverb “Doveryai, no proveryai” (trust, but verify). If Prime Minister Imran Khan hasn’t heard of this then he has probably seen the movie, The Italian Job, where the heist gang’s mantra is to trust everyone but not the devil inside them.

In the interest of honesty, PM Imran must understand that India is not just the devil from inside, for the rhetoric emanating from within it is absolutely devilish as well.

Pakistan has now released 360 Indian prisoners, mostly fishermen, in four phases as a goodwill gesture amidst very tense relations between the two nuclear states. It is pertinent to state that after the dogfight between Pakistan and India resulted in the former capturing Abhinandan Varthaman, the pilot of the downed Indian jet, Pakistan also returned him to India amid massive fanfare – yet another goodwill gesture.

I should point out here that usually when someone in Pakistan ends up in a jail cell for some petty issue, it takes a lot more time for that person to be released than the time it took for Abhinandan to be back in India. Hence I ask PM Imran a simple question: did that gesture achieve any goodwill with Indians at all?

Imran has made achieving peace with India one of his major goals, as that would rightly pave the way for development and economic uplift for many people on both sides of the Wagah-Attari border. Nobody doubts that, but nobody trusts that India will reciprocate Imran’s gestures and move toward achieving peace.

According to Imran, peace between Pakistan and India will gain some traction after India’s mammoth elections are over. However, I seriously doubt that. Perhaps Pakistan should have waited for Abhinandan to be returned to India after the elections as well. Futile suggestion, I know.

It is worth reminding ourselves that Modi, in the last elections, claimed victory riding on the anti-Pakistan rhetoric in India. His very name could be equated with anti-Muslim bigotry and anti-Pakistan bias. The fact that a majority of Indians voted for him based on his venomous rhetoric toward Pakistan and Muslims is a strong testament to the harsh reality that this is what the Indian population wants. After all, attitudes and opinions change, but deep-seated hatred is an almost unremovable trait.

Regardless of which party claims victory in the elections in India, the Indian population wouldn’t wake up the day after the election and make a vow that from that day onward they are going to view Pakistan positively.

Their media wouldn’t want to commit suicide by committing itself to promoting a positive image of Pakistan just because Imran has released their prisoners. The media business in India is not going to sleepwalk its way into bankruptcy only because Pakistan’s top leadership is making calls for peace and has released prisoners who might be killed by a mob in India if they happen to be from a lower caste. I wasn’t even personally surprised when, upon the release of Abhinandan, Indian social media trolls were sounding victorious yet rascal-like by claiming that the Indians scared the Pakistani government into submission. This is the mindset you are making goodwill gestures to, Mr Prime Minister!

The most foolish mistake one can make is to make an advance payment to fraudsters knowingly, for a product to be delivered hopefully. This is politics, and let me assure everyone it is indeed very dirty, especially globally, because it is the selfish pursuit of interests. That is the name of the game. No wonder it is called game theory.

So, you play your cards wisely and tactfully. It is ironic how, despite being a legendary cricketer, Imran is not playing the game right and most likely may be getting played. Let us not fool ourselves that a charm offensive would work with a nation like India. It may not sound popular, but the only language India understands is that of strength.

By releasing Indian prisoners, Pakistan lost its cards which could otherwise be used in a quid pro quo manner in real time to get back the Pakistani prisoners still languishing in Indian jails. I assure Imran that those prisoners are living a much tougher existence than the Pakistani labour working abroad, who are clearly very dear to him.

I know this is all being done with good intentions for the betterment of the region, because the belief is that after the election the mood will suddenly change in New Delhi and there will be an appetite for peace with Pakistan. However, I must also caution that these are merely false hopes. There’s no way India is going to want peace with Pakistan, and that is a harsh reality Pakistan must accept.

There is one good outcome from this however. The garbage we had been fed in Pakistan by international media and foreign authors that Pakistani generals don’t want peace and that it is in their financial interests to keep the enmity with India going has indeed proven itself to be garbage. Now, people should no longer have any doubt as to who wants war and aggression and who wants peace.

However, as I mentioned above, that is not how the comity of nations operates. As long as Pakistan has force and strength and its role remains vital to the interests of powerful states such as US and China, all bad deeds will be overlooked. And in the absence of all the needed traits just mentioned, all good deeds will also be overlooked. Pakistan thus does not necessarily need to strive to be nice, as long as it can have strength and utility. Nice guys don’t win, wise guys do.

At the same time, Imran should know that these gestures earn no goodwill in Washington either. That’s not how the Washington machinery operates. From what I have observed, that machinery responds to threats and interests, not goodwill.

Libya gave up its nukes as a goodwill gesture as well as a safety precaution. Look what happened to Muammar Gaddafi. Russia annexed Crimea against the warnings of Washington, but look how much praise President Donald Trump lavishes on Vladimir Putin. Given Russia’s strength, Crimea is now officially a part of Russia.

Had a long and very good conversation with President Putin of Russia. As I have always said, long before the Witch Hunt started, getting along with Russia, China, and everyone is a good thing, not a bad thing….

If Imran wants good things for his country globally, he needs to be as tough on the global stage as he is on his cabinet members. If he thinks that being tough with his cabinet members achieves results domestically, the same attitude is an absolute necessity internationally. At the end of the day, those poor Indian fishermen deserved to go home and be with their families, but don’t the Pakistanis languishing in Indian jails deserve the same?