The words that Sirajuddin Haqqani used 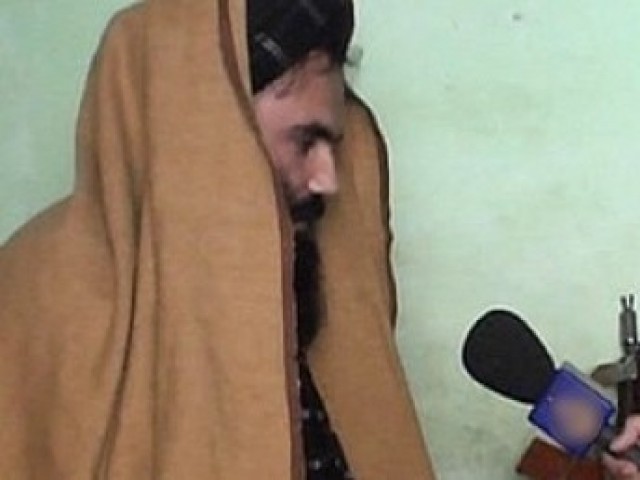 Sirajuddin Haqqani's recent interview with the Reuters left one pondering over the motives of the group.

It couldn’t have been a coincidence. As I was surfing the internet today for my daily dose of khabrein, two stories appeared side by side. The first story was about the growing suspicions of theUS government that the Haqqani network had links to Islamabad.

Yawn! On the not-so-other hand, the second story was about a recent statement of Sirajuddin Haqqani, in which he claimed that the group was no longer active in Pakistan. In his interview with Reuters, he claimed:

“Gone are the days when we were hiding in the mountains along the Pakistan-Afghanistan border. Now we consider ourselves more secure in Afghanistan besides the Afghan people. Senior military and police officials are with us.”

If one carefully looks at the first sentence, it becomes evident that Haqqani is trying to dissociate his group from Pakistan. And if I were to venture a guess, he is hinting at something more fundamental than dislocation from Pakistani territory. Rather, he is trying to de-link his group from the Pakistani state. In the context of mounting US pressure on Pakistan, it is quite possible that this might be a diversionary tactic orchestrated by elements in the Pakistani state.

There is another possible motive behind this sentence. It signals that Sirajuddin Haqqani now wants the Haqqani group to be seen as a serious player, which is based firmly in Afghanistan. Traditionally, the Haqqani group has acted more like a service provider for more well known groups like the Al Qaeda, Quetta shura and TTP and had no clear political ambition besides maintaining their hold over Khost and Paktia. In his second sentence, Sirajuddin Haqqani’s allusion to the Afghan people reveals an intention to portray the group as a legitimate, albeit quasi-political entity.

The last sentence in the extract confirms this. By referring to senior military and police officials, the group has tried to highlight the tenuous hold of Karzai’s regime and NATO forces over the country, and it fits well when seen in light of the brazen attacks in Kabul. However, that being said, it is interesting that the group has shirked away from claiming responsibility for the attacks. In this context, Sirajuddin says:

“For some reasons, I would not like to claim that fighters of our group had carried out the recent attack on US embassy and NATO headquarters. Our central leadership, particularly senior members of the shura, suggested I should keep quiet in future if the US and its allies suffer in future.”

His choice of words is particularly interesting. Instead of out rightly denying his group’s role in the attacks, he merely states that he would not like to claim its role. Whether this was a tacit admission of involvement is anyone’s guess.

Further in the interview, he tries to hint that it is Gulbuddin Hekmatyar’s forces that are active in attacks against the American forces. This confirms our suspicion that the group is trying to tone down its anti-America rhetoric and come to the negotiating table along with the Taliban. Simultaneously, it is also trying to portray Hekmatyaar’s forces as a rogue element in the equation, probably to sideline them in any post-draw down arrangement.

The next few months should be particularly interesting as the political hyenas scramble for their share of the carcass left behind by the US forces. However, any viable political settlement is unlikely to take place until the domestic players eschew violence and try to come to a reasonable consensus. Secondly, it is equally necessary that the political and military elite of countries liken America, Pakistan, India and Iran stop looking at this issue from the prism of geopolitics and abandon any cock-n-bull fantasies of strategic breadth, depth or height.

A student from India currently pursuing his Masters in South Asian Studies at the School of Oriental and African Studies, London. He blogs at thegoofysufi.blogspot.com

Indo-Pak relations: Back to normal