Our Planet is more traumatic than it is engaging, and therein lies its greatest fault 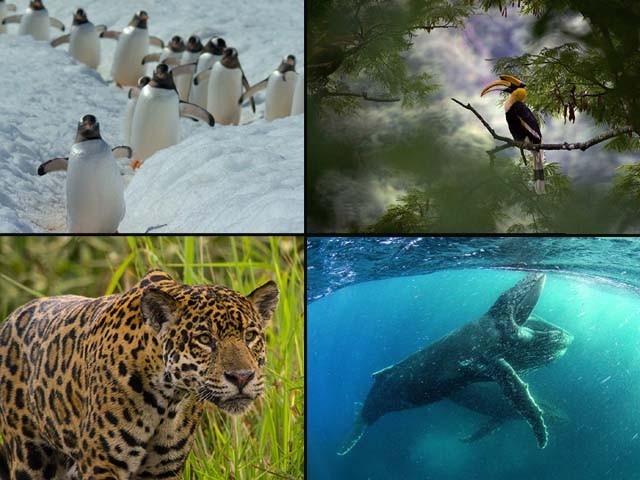 The Netflix documentary aims to take a look at the impact of climate change on the various life forms which populate the Earth.

Filled with majestic views, dazzling imagery and mesmerising natural spectacles, Our Planet is undoubtedly visually stunning, but it is also traumatising. The nature documentary that arrived on Netflix earlier this month aims to take a look at the impact of climate change on the various life forms which populate the Earth, but takes a few questionable turns along the way.

Evidently, years of work have gone into the creation of this visual masterpiece. Over the course of eight episodes, the series takes the viewer from frozen worlds to lush jungles to stunning water bodies, showing how animals live in these diverse habitats while also highlighting the effect that climate change is having on their lives. It’s a journey well worth taking. Plenty of captivating vistas fill the documentary, such as seabirds gliding across the ocean, hundreds of flamingos walking across a salt pan and narwhals trying to find a passage in the ice to swim through. But while one is mesmerised by the arresting imagery and the comfort of David Attenborough’s familiar voice, something absolutely heartbreaking invariably happens. It’s brutal. It’s uncomfortable. But it’s also unnecessary. The fact that nature is cruel isn’t a revelation and we don’t need to see a documentary to learn that. The fact that we have caused so much damage to this planet which is in turn causing harm to animals is an important but familiar message.

The documentary is most likely to be watched by nature lovers, who already know how difficult things are for animals and who are already trying to make a difference. Many of us have already seen plenty of harrowing footage. Those who are empathetic enough to care and find such images distressing don’t need to be traumatised further. On the other hand, those people who couldn’t care less about nature won’t be interested in this documentary anyway. Watching animals in pain and seeing the brutal aspects of nature has not significantly impacted people as it is. Seeing animals being slaughtered hasn’t turned us into a planet of vegetarians. Watching stray dogs being shot in our neighbourhoods hasn’t caused any outrage.

Furthermore, it doesn’t help that some of the claims the documentary makes are being scientifically disputed. The now infamous walrus scene, attributed to climate change in the documentary, is instead being linked to polar bears by zoologists. Whether the filmmakers were misguiding us intentionally or not, they were clearly trying to emotionally manipulate us, which is a tactic that upsets the soft-hearted and simply doesn’t work on the hard-hearted. Following the uproar about the inclusion of some of the upsetting scenes in Our Planet, Netflix has issued a content advisory so that viewers aren’t blindsided, which is definitely the right move. If you do think you can gain something by watching nature at its harshest, then you can watch Our Planet in its entirety. If you don’t think you have to see the suffering to know or care about it, then you might want to skip those parts. However, ultimately, this should be the viewer’s choice. Our Planet does get the point across regarding climate change and the human impact on nature, but it’s a point that most of us already know and the rest of us will still ignore, no matter how many walruses plummet to their death on screen. Instead of going for shocking images of tragedy, the documentary could have made more of an impact by tugging at our heartstrings with more tact.