Pakistan is not ready for a tourist influx 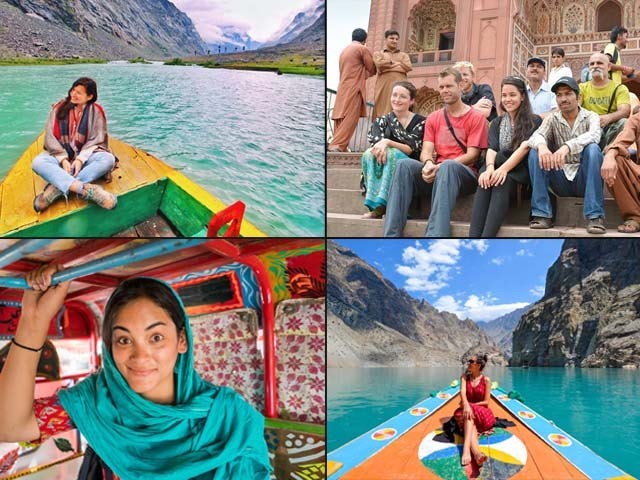 Pakistan’s naturally exotic locations are among the best you will ever experience in your lifetime.

They say that desperate times call for desperate measures. Pakistan is in an economic crunch at the moment, and with limited options available to bail itself out, the tourism industry could be the much needed light at the end of the tunnel.

The recent surge in travel bloggers visiting Pakistan on sponsored trips shows the eagerness of the current government to refurbish Pakistan’s international image. However, this begs the question, does the government have any concrete plans to support the tourism sector beyond just charging a drone and flying it over the mountains?

Like any other industry in the world, tourism brings its own set of challenges. When you invite the world with open arms to come explore Pakistan, the basic assumption is that you are ready for a cross-cultural influx to take place. In a country that already has guardians of culture and religion patrolling every street, every neighbourhood and every city, it is misleading to welcome outsiders without cautioning them about local sensitivities.

Pakistan's new Visa policy to attract tourism and investments in the country. This policy will help Pakistan demonstrate it's real image with a new mindset, tourists will be drawn in to witness the real outlook and the country’s potential for themselves. #PakistanWelcomesYou pic.twitter.com/Z4woZXNnRb

We congratulate #Pakistan🇵🇰 on their creation of a National Tourism Coordination Board!
With governmental support from PM @ImranKhanPTI, the board will form working groups for religious, cultural, & historical tourism in order to rebuild Pakistan’s international tourism image. pic.twitter.com/jNA6nyOUKI

In order to formulate a proper tourism strategy, government officials need to look at Pakistan from a critical perspective and understand the factors which have been holding back this nation’s tourism potential. For instance, the recent Pakistan Tourism Summit was an ideal opportunity to listen to foreign bloggers about the challenges they had to face in Pakistan.

However, government officials are only interested in being told that everything out here is all roses and sunshine. Alex Reynolds, an American travel blogger invited to the Pakistan Tourism Summit, claimed she was silenced by the organisers because she wanted to raise the issues preventing Pakistan from succeeding in becoming a tourist hotspot. Reynolds makes valid points in her video, touching upon cultural clashes and the relentless approvals required to travel within Pakistan’s different locations.

It’s extremely disappointing to discover that the government was not interested in listening to the only blogger who was trying to be transparent in her feedback. As Reynolds points out in her video, what is the purpose of a tourism summit if government officials only want to hear that Pakistan has great potential? Isn’t that the reason why we are pursuing the tourism industry in the first place?

One must understand that famous travel bloggers are mostly sponsored for their trips, and while they may truly love certain aspects about Pakistan, there may also be things they would never say on camera out of fear that it might damage their domestic ties and social media following. We, however, need their honest and unfiltered feedback.

Additionally, a regular tourist would not necessarily reflect the same sentiments expressed by these travel bloggers, since they will be spending their own money on travel expenses and would thus have a different experience.

Travel influencers move in on the "land of the pure".

They are young, Western, and full of praise for Pakistan, but critics warn their rose-tinted filters are irresponsible and sell an inaccurate picture https://t.co/fmoQYO68fR

I haven’t travelled the world as a tourist myself, but I do happen to live in a city which is one of the most popular tourist destinations – New York City. Now, by no means does that make me an expert on tourism, but it still gives me plenty of insight into tourist behaviour.

Pakistani society at large needs to change its mentality if it wishes to become a hub of tourism. Yes, some foreigners may love to dress up like locals and get a few pictures taken for their social media accounts, but most of the tourists want the liberty to dress, talk and walk however they want. The moment you make someone’s outfit everyone’s business is the moment you go off their travel list.

Prime Minister Imran Khan says that Pakistan’s beaches are great tourist attractions, but will there be a dress code for these beaches? I can’t wrap my head around a marketing campaign that invites western tourists to come have a swim at the beach in shalwar kameez.

It is one of the best country we’ve been to, everyone is very friendly, its a gorgeous place, so beautiful :: Feedback of a British couple visiting #Swat, Pakistan🇵🇰

With each passing day, more and and more International tourists are lining up to visit Pakistan !#Tourism pic.twitter.com/gHQb6pcP78

With an abundance of other beaches to choose from in the world, I doubt western tourists are looking forward to taking a dive in Sindh’s beach resorts, given the restrictions that will be enforced upon them (unless we have plans to keep tourist resorts enclosed where they can enjoy themselves without offending local sentiments).

Even if we were to solely focus on the market segment that is willing to abide by local culture and conform to the norms of the society they are travelling to, poor management and the unhygienic conditions of many locations might act as a deterrence. The landscapes may look beautiful, but the tourists still have to land, live and socialise in the cities, unless we have plans to land them directly onto mountain peaks.

Let’s be honest with ourselves, have we not polluted our cities like it was our only national duty? Aside from Islamabad, I have not come across any Pakistani city where garbage has not found refuge on the streets and roads. It would be wise to clean up our cities before inviting the world to come visit. Otherwise, some tourists might want to travel back home immediately after seeing just the mountain range of garbage along the roads before they hit the northern areas.

Talking of northern areas, the mountainous terrains in Pakistan take all the limelight when it comes to tourism, so much so that the nation’s cultural heritage sites get overshadowed. I might fall asleep in history classes, but that’s not to say there isn’t a significant market for travellers that love to take a journey back in time to visit sites preserving history and heritage. Pakistan has both, but has failed to maintain either.

The heritage sites have been abandoned, with no infrastructure or security measures in place to help a tourist get to the remote locations outside the cities. A drone can fly wherever it wants in YouTube videos, but actual tourists do need facilities to get around comfortably and safely. The government thus far hasn’t demonstrated how exactly one will travel to the likes of Mohenjo-Daro and the Rohtas Fort.

Lastly, the locals may be generous in welcoming foreigners, but at times everyone needs some personal space. Not everyone can act normal while being stared at frantically from left to right and bottom to top.

In New York City, thousands of tourists take to the streets of Manhattan every day, but unless they are clicking 30 pictures in the same spot, you wouldn’t be able to tell the difference between a local and a tourist. In Pakistan, however, a tourist is a rarity and thus an exotic being to stare at. It’s extremely awkward and very uncomfortable.

Visited Rohats fort,jehlum yesterday, made by Sher Shah Suri in 1541. Biggest fort in Pakistan and it is amazing, good for tourism but disappointed coz no facility have been provided to tourist and I was also suffered a lot coz no shops, restaurant etc were available. pic.twitter.com/G9tcJUY6rM

I understand Pakistan is mainly trying to target tourists that care more about visiting scenic locations than anything else, but that will always be a niche market. To become a powerhouse in the tourism industry, we will have to open our society to allow breathing space to those that can’t dress, live and talk like a Pakistani overnight.

To state it loud and clear, Pakistan’s naturally exotic locations are among the best you will ever experience in your lifetime. They have the potential to open the floodgates for tourism. We have delicious food at extremely cheap rates for foreigners, along with trips into the wilderness that leave you in awe. This makes for a complete tourist package.

By no means do I doubt the country’s potential to succeed, but our mind has to be clear in the direction we want to take. The market is there and it brings an opportunity to turn things around financially for Pakistan, but have we created an environment for tourism to thrive before all the marketing? Certainly not. Not even close.