What if Amreeka invaded Pakistan 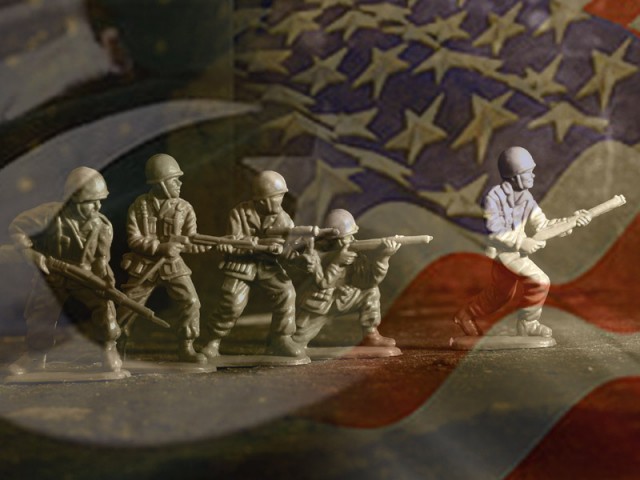 PTI leader Imran Khan smirked in a TV appearance commenting about how he was right about the US after all. PHOTO: JAHANZAIB HAQUE

It has happened. The Grand Old party (GOP) has attacked the GOP (Government of Pakistan) and its people. Initial threats of the US to bomb Pakistan back to the middle ages were met with huge laughter by the Pakistani masses. With dengue fever, floods, no electricity, target killings, and religious intolerance, we are already there you fools, the people laughed aloud.  It is now expected the bombing might jolt them out of the middle ages and send them forward instead.

Prior to the attack, the American government claimed it had solid proof and well written reports printed on nice pink paper that the Haqqanis were hiding in Pakistan and operating freely. Also included was evidence that General Kayani’s name rhymed loosely with Haqqani, thus, establishing strong relations between the two and proving the army was supporting the terrorist group. The WMD search team from Iraq has now been redeployed to Pakistan to find them.  Insiders suggest that there is a strong chance the team might find the Iraqi weapons in Abbotabad.

The country was overrun in a little less than four hours by the US army surprising many as YouTube videos and Facebook statuses had hinted to the Pakistan army being invincible. Early morning drone attacks were conducted country wide destroying huge areas and taking many lives. No collateral damage was reported. The same evening, people shopping on Tariq Road were heard complaining about the traffic all this has caused before going back to complaining about inflation. Leading TV news channels conducted talk shows and gathered large groups of people to sit and discuss the events and condemn the western world.

PTI leader Imran Khan smirked in a TV appearance commenting about how he was right about the US after all. During his speech about how he would turn things around after winning the elections, he was interrupted and reminded that no elections would be held now.

PPP leaders continued to claim that deserting America and refusing aid is not in the interest of the country and the economy will collapse. And everyone had stopped caring already about the PML parties.

Pakistani Taliban groups led rallies of angry crowds who were aghast at not being able to find anything to break and burn. Several religious leaders were pacified by being told that America was now led by a Muslim ruler. Evidence provided included his skin color, his middle name being Hussain and that he could pronounce Pakistan clearly.

China has condemned the attacks and said it would continue to support Pakistan by promising to provide more buses.

Indians celebrated all over the country. There are now talks of a Bollywood movie showing how it was India who brought Pakistan down through Rajnikanth. The climax will include a scene about how the Pakistani cricket team bows down to the Indians and Shoaib Akhtar apologizes to Sachin.

World markets remained unaffected as the Pakistan economy had no influence on the global economy.

In the wake of the attacks, the biggest questions being asked by the Republicans are:

“What? Pakistan has no oil?”

With the American army stretched out over Iraq and Afghanistan, the US is looking for new recruits. Strong reports indicate that the old disbanded Pakistan army will be hired to serve the US government. As per state policy, the US has also decided to install a puppet government. After great debate the US think tank has zeroed in on Asif Zardari as the perfect candidate and an inauguration will follow a Florida-like election event.

News of the conquest has yet to reach the Lyari area as fighting between PPP, ANP and MQM continued there.

Meanwhile life was normal in the Defence areas of Karachi and Lahore.

A Masters graduate in International Business from the University of Wollongong Dubai. He is a standup and Improv comedian based in Dubai with an intense interest in reviving and supporting arts in Pakistan. He blogs at: salmanzq.blogspot.com/

My nominees for caretaker prime minister are...

If the King of Romance, Yash Chopra was Pakistani...

I hate you, Ali Gul Pir

Game on: When Jordan flew without wings