What Mathira and Paris Hilton don’t have in common 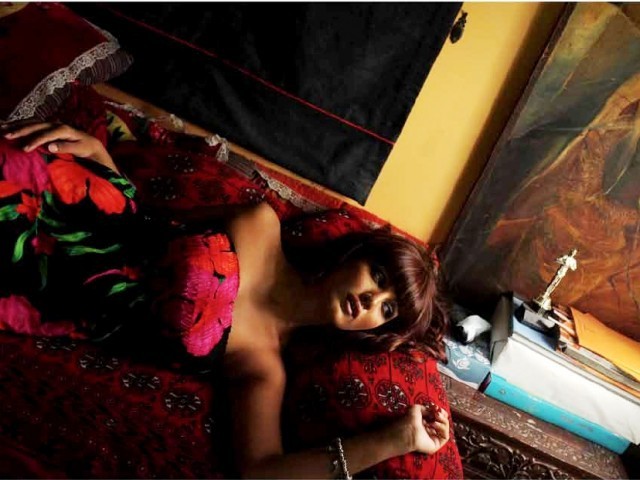 An article published in the Los Angeles Times describes notorious TV show host Mathira as “Pakistan’s Paris Hilton”. While the comparison does fit with regards to both women being sex symbols (don’t roll your eyes, Mathira’s got the oomph), to me she seems to represent so much more than that.

In a country where a greater part of the population prefers to watch “family friendly” TV shows, Mathira brazenly landed up on the sets of VIBE as a host on Love Indicator, a show where she invited callers to share their relationship problems and make song requests. While many were offended by and critical of her plunging necklines and snug clothing, the ratings for her show went higher and higher.

And why should it have been any different?

Her show rocked because more than being scandalous, Mathira was unapologetic, entertaining and not afraid to hit back at obnoxious callers that insulted her wit and bluntness. I must admit, her humorous retorts to particularly sleazy callers had me wondering how much of her show was scripted and how many of her blonde moments were extempore retorts.

The point I’m trying to make here is that Mathira is a head turner without Daddy’s money or a surname that screams ‘inheritance’. She’s got brains enough to realize what sells, rope in the ads and is not afraid to show it by capitalizing on the idea with a few ‘Gujee gujees’. Not only did she become instantly popular, she did what a lot of Pakistani women don’t dare to do: push limits.

Regardless of clichés and stereotypes, in the face of threats and possible censorship, Mathira’s superwoman attitude gets my vote. “Life is like a car,” she says. “There’s not much view back and a big windscreen forward.”

As scandalous and sexy as both women may be, in some ways Mathira is a role model that Paris could probably only hope to be – more power to her!