Imran Khan’s 8-month conundrum: Taking the right decision or the popular one? 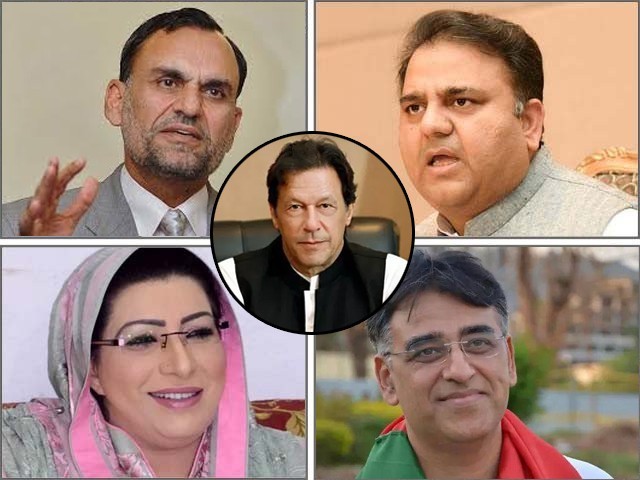 Shifting a few ministers around and rehiring others does not affect PTI's vision for the country.

Ever since Imran Khan has been sworn in as the prime minister of Pakistan, somehow his administration has never failed to supply flabbergasting news every now and then.

His right-hand man on the economy and star finance minister, Asad Umar, has stepped down, followed by a major reshuffle in the cabinet in which various cabinet members saw their portfolios changed. For instance, Fawad Chaudhry is now the Minister for Science and Technology, despite brushing off such rumours just a few days ago.

This may smell of chaos inside the administration, but I seriously doubt it. I actually welcome the move because this is further illustration and manifestation of the fact that the people running the government machinery are not partners in crime, where they stick together to protect each other if things go south. Keeping the status quo and maintaining business as usual is a quintessential method of partners in crime trying to keep the water from boiling. The politics of deal-making is not going to be the norm in Islamabad anymore.

Furthermore, reshuffling may hint at power play, but it also means transparency and performance.

The problem is thus not with Imran or Umar, the problem lies with the naïveté of the move. Giving a loose end to the opposition is tactless.

Truth be told, Imran’s promise and vision of ending corruption wouldn’t end just because Firdous Ashiq Awan is now the Information Minister, or that Azam Swati is brought back in, this time as the Minister of Parliamentary Affairs. Thieves would still be dealt with an iron hand. Work would still be done on bettering the economy, albeit with Umar no longer at the helm of the Ministry of Finance. The negotiation with the International Monetary Fund (IMF) and the Financial Action Task Force (FATF) would go as planned. The thinking and the vision remain unchanged, only the faces have changed.

These critics condemned Umar and his policies for eight months, and now that he is gone, they are criticising his exit from the ministry. For them, this is all about revenge, as Maryam Nawaz tweeted a few days ago. No, this is not about the state of the nation; this is all personal.

No need for revenge. Just sit back and wait. Those who hurt you will eventually screw themselves up and if you’re lucky, God will let you watch.

Yes, Imran’s administration does at times resemble the Fire and Fury condition associated with the Trump-led White House. What Imran needs to learn is that delivering results matters, but appearing to deliver them matters more. Appearing to take a sound and well-thought-out decision matters more than the decision itself. Appearance matters in politics more than in anything else.

Regardless, shifting a few ministers around and rehiring others does not affect the vision for Pakistan. If this country wants to live in the now and here, then the economy on steroids we had before is acceptable and business as usual is good under Nawaz Sharif and Asif Ali Zardari. But if the desire is about shaking the false foundations, questioning the status quo, and resurrecting a stronger and better Pakistan, then some radical steps must be taken.

If this nation wants to micromanage things, then don’t entrust the leader with the affairs of the state. Did people vote for what he will achieve for Pakistan, or how he will achieve it? Didn’t the same ‘how-crowd’, if you will, tell Imran many years ago that the free cancer hospital wasn’t possible?

A scene from the movie The Devil’s Advocate depicts a conversation between Al Pacino and Keanu Reeves, where Pacino tells Reeves that the job the latter was about to get required handling the pressure more than anything else, and Pacino asks Reeves whether or not he could deliver under pressure. It is my contention that Imran is succumbing to the pressure of the talk shows.

The very thing he keeps telling people, about waiting a little and that things are going to be tough before they get better, is perhaps something he needs to tell himself too. He doesn’t want people to expect results quickly, but he himself expects them rather very quickly, which is why the reshuffle has happened only eight months into governance. This fast-food manner of results delivery is merely a painkiller approach that will not kill the underlying disease that has caused all this mess in the first place. Fighting that disease, created by the previous leaders, is what the people of Pakistan elected this leader for.

It is my humble request to Imran to please focus on taking the right decisions, not the popular ones. The thieves and thugs sitting on the opposition benches are the same people who criticised him for hiring an economist from Princeton due to his faith, ignoring his expertise and experience that would benefit the economy.

So yes, it is about the results, but not about quick results. It is decision-making that is the toughest and perhaps the loneliest job out there. This is why Imran must not make decisions under the pressure of the very corrupt the people of Pakistan have rejected. More than anything, Imran must firmly stand by his decisions, because that is what we all expected from a true leader.

More sinister than meets the eye: Connecting the dots behind the Pulwama attack