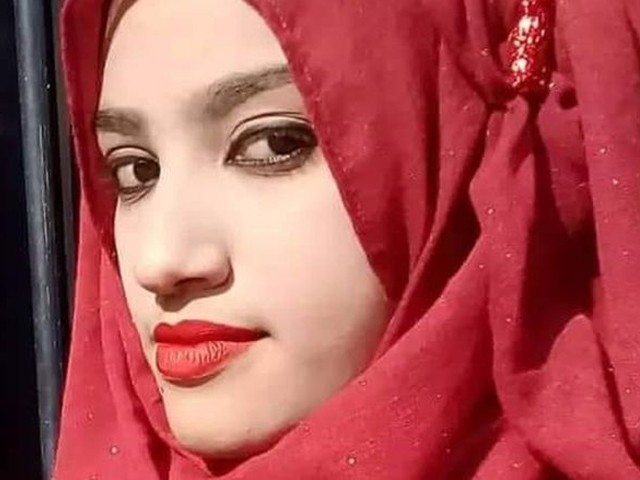 Nusrat was set on fire after reporting her headmaster for sexual harassment. PHOTO: BBC

Nineteen-year-old Nusrat Jahan Rafi should be doing what any other average teenager does in their day: sitting their exams, stressing about their results, surrounding themselves with piles of books, and spending time with their friends. Instead, 19-year-old Nusrat is being mourned by her distraught family after she was doused in kerosene and set on fire.

Her crime? She filed a police complaint against the headmaster of her madrassa who sexually harassed her.

In Bangladesh, like many other conservative countries, sexual harassment is a taboo subject and women are reluctant to speak out against those who harass them, for fear of being shamed by society and as well as their families.

On March 27th, the teenager was called into her headmaster’s office, where she was repeatedly touched in an inappropriate manner and ran out quickly before the situation worsened. She then turned to the police, where the officer on duty filming her confession called her ordeal “no big deal” and told Nusrat, who had covered her face with her hands, to uncover her face and name the perpetrator.

It was later when the video was leaked online and the headmaster was arrested, only for people to stage protests calling for his removal, that Nusrat’s family began to fear for her safety. As she bravely went to school to sit her exams, a fellow female student led her to a group of individuals clad in burqas, who told her to withdraw her complaint against the headmaster.

When Nusrat refused, the group set her on fire.

Before dying, she recorded a statement on her brother’s phone, reiterating her accusation towards her headmaster and also identifying some of her attackers as madrassa students.

Like many issues that plague women and their status on the global stage, sexual harassment is never their fault. It isn’t the woman’s fault if a man touches her inappropriately or without her consent or choice. So why is it that Bangladesh – along with many other South Asian countries – treats the women who come forward with shame and pressurises them into silence?

Living in the 21st century, we pride ourselves – especially in the western world – on how far we have come and what we have achieved as a civilisation. However, Nusrat’s plight and unfortunate (and avoidable) death reveals how far we have really come, how little has been achieved when it comes to women’s rights and what a long road we have ahead of us.

Rather than joining hands and supporting this brave young girl as she fought the system, society turned the finger on her, labelling her the guilty one. The way she was treated by the protestors and the police officer – representing a majority of Bangladesh’s population – in particular shows how misogynistic South Asian culture is and the little to no voice possessed by South Asian women.

At a time and in a society where women’s voices are and should be getting louder, people are still adamant to drown these voices out. The sad and painful truth is that our people as a whole always need to experience a tragedy such as this in order for their eyes to open and their conscience to awaken. But why do women have to die to be taken seriously?

In 2012, India woke up to a reality where a young woman called Jyoti Singh was gang-raped on a bus and her body was left brutally damaged. Immortalised as ‘the fearless one’, Jyoti eventually succumbed to death. This tragedy forced people in India to take seriously the fact that rape isn’t a woman’s fault and to ensure that voices raised against rape aren’t silenced.

Similarly, Nusrat is that tragedy for Bangladesh that will pull it out of the clouds and push it towards the unfortunate reality women live with. The case has gripped the country’s media and once again, voices against sexual harassment aren’t being silenced. They will continue to be heard if we all come together and make those voices louder than ever. The world needs to know, regardless of what country, culture or system they have in place, that men cannot touch women inappropriately or without their consent and get away with it. Sexual harassment is a crime, no matter where or who commits it.

While I live in a country and society where complaints of sexual harassment are taken seriously and women are largely supported in their quest for justice, it isn’t enough still. It isn’t enough because one half of the world isn’t quite there yet at all. Until every woman feels secure and safe in this world, sexual harassment isn’t completely out of the dictionary. It can be, but only if we choose to and diligently work towards taking it out. But it starts here and now.

Over the past year or so, after renowned personalities like Harvey Weinstein were exposed, the #MeToo movement gained prominence and made it imperative that women continue to raise their voices. But cases like Nusrat’s are a reminder of why the movement remains important, and why it is still dangerous to speak up.

After over a year of #MeToo, there are still people who question women whenever they speak up over why they didn’t do so earlier, or any other way possible to blame the victim. It is high time people understand this is easier said than done. In this part of the world, women face active dangers that haunt them every time they speak out. When women here speak up about sexual harassment and abuse, their lives are put at risk. Women are still in danger of being burned alive simply if they are telling the truth, and after suffering abuse in the first place they end up suffering more or getting killed.

As Amnesty International say in their campaign, ‘women will be silent no more’. The time to put that in practice is far overdue. What we can do is make sure that we don’t let Nusrat’s sacrifice go by in vain, and let this be the moment not only Bangladesh but all of us collectively use our voices and strength to make sure it doesn’t happen to any other woman or girl.