The 1979 World Cup and the love affair that ensued 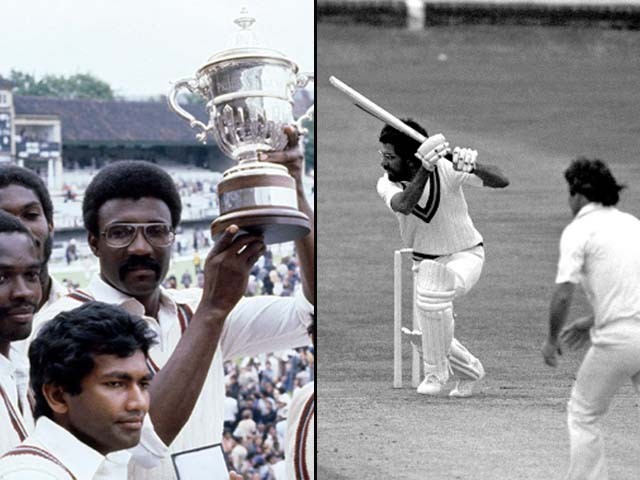 Pakistan was bundled out for 250, losing the match by 43 runs. PHOTOS: GETTY

Many cricket fanatics may be blissfully unaware that the advent of ODI cricket was a complete accident. In 1971, Australia and England were scheduled to play a Test match at the Melbourne Cricket Ground, but the first three days of play were abandoned following heavy downpour. In a surprising move, the two sides played the first ever limited-overs match, with each innings lasting 40 overs and each over consisting of eight deliveries.

Australia ended up winning the match by five wickets, but little did they know that their attempt at trying to salvage a few hours of play would go on to shake the very foundations of the cricketing world.

Four years after this match, the International Cricket Council (ICC) decided to host the first ever ODI World Cup. Although growing in popularity, at the time, ODI cricket was still in its infancy since only 18 matches had been played under the new format. But all that changed in 1975. The first World Cup was a success, and four years later, the ICC decided to conduct the second one, confident that this new format had great viewing potential and would draw in even bigger crowds the second time around.

It did, and one of those entranced spectators was me. The Pakistan team before the Prudential World Cup match between Pakistan and West Indies at Edgbaston, Birmingham, June 11, 1975.

The second World Cup was my introduction to cricket and I’ve been a devoted follower of the game ever since. Prior to the 1979 tournament, my only memory of the game was India’s 1978 tour of Pakistan. Interestingly, Pakistan won that particular ODI series after India’s Bishan Bedi famously became the first captain to concede a cricket match.

Like the first World Cup, the second incarnation of the tournament also took place in England, spanning a total of 15 days with eight teams vying for the trophy. The Pakistan team was placed in a group alongside Australia, Canada and England, and was once again led by the all-rounder, Asif Iqbal. Known for his flashy cover drives and quick running between the wickets, readers may also be surprised to know that he is a relative of Indian tennis star Sania Mirza. In their first two matches at the second World Cup, Pakistan defeated both Canada and Australia respectively. In their third and last group match, they had to face the host nation. Although both England and Pakistan had already progressed to the semi-final stage, their encounter would decide whether they would face West Indies or New Zealand in the semi-final. Pakistan ended up losing this crucial match by 14 runs and found themselves having to battle against the reigning world champions, West Indies, for a spot in the final. My father had taken us to England in the summer of 1979 for our summer vacations and we were living at our paternal aunt’s house in Bristol. Our visit proved to be quite serendipitous since the semi-final was scheduled to take place on June 20th at the Oval, which is just a three-hour drive away from Bristol. Since we had already missed a previous match due to our visit to the London zoo, my father made sure that we got tickets for this all-important clash.

As a six-year-old, I was thrilled to watch a cricket match in the stadium for the first time in my life. In our excitement, my brother and I insisted that our father buy us new joggers. Naturally, we wanted to look our best in front of Sir Vivian Richards and Majid Khan.

Nowadays, a large contingent of Pakistani supporters can be seen cheering on their team at venues across the globe, but that hasn’t always been the case. In those days, the Pakistani faction in the stands was fairly small, and I remember feeling a little intimidated by the large and vocal presence of the tall West Indies supporters. England’s Viv Richards batting for the West Indies during the World Cup final at Lord’s Cricket Ground in London, June 23, 1979.

We reached the stadium well before the start of the match and saw Iqbal win the toss and, in a surprising move, ask the opposition to bat first. The prolific West Indies side came charging right out the gate, courtesy a virtually impenetrable 132-run opening partnership between the legendary duo of Gordon Greenidge and Desmond Haynes. Captain Clive Lloyd and Collis King helped build upon this foundation and West Indies eventually concluded their innings after posting a mammoth 293 runs on the scoreboard.

The Pakistan chase got off to a disastrous start after opener Sadiq Mohammad was dismissed early. However, the match burst into life once the legendary Zaheer Abbas and Majid Khan put their foot on the pedal, determined to not go down without a fight. The two put together an astonishing 166-run partnership and suddenly the rambunctious West Indies supporters fell silent.

Now we were the ones singing and chanting in the crowd. But the tide turned when Abbas tried to gently navigate a delivery by Colin Croft, only to end up edging the delivery into wicket-keeper Deryck Murray’s welcoming gloves. Khan soon followed Abbas back to the pavilion, and with their departure, Pakistan’s batting line crumbled. The entire team was bundled out for 250, losing the match by 43 runs.

The West Indies supporters, who were dismayed some 45 minutes ago, were now dancing and singing while the small section of Pakistani fans dejectedly began to file out of the stadium. I remember crying after Pakistan’s defeat that day and unfortunately our team has made it a habit of bringing tears to the eyes of its followers.

This was the second World Cup where Pakistan’s journey was ended by West Indies. In the 1975 World Cup, Pakistan lost to West Indies under the most extra ordinary circumstances after the team from the Caribbean scored 101 runs for their last two wickets, eventually winning the match by one wicket.

Although I walked out of the ground on a sad note, the match helped foster my love for cricket. I become an ardent follower of the World Cup and henceforth always followed the tournament on my radio and television. Of course, watching the tournament live, and that too at the Oval, was a truly transformative experience, especially at such a young age. Watching a match in the stadium requires you to be much more attentive and brings you face to face with the celebrations and emotions of every other spectator. After defeating Pakistan, the West Indies team defeated England in the final of the tournament to successfully defend their title and, in the process, became the first team to win two successive ICC World Cups.